Despite President Hassan Rouhani’s touting of foreign investment as the savior of the Iranian economy amid low crude prices, the country might not be able to handle the necessary capital inflow. 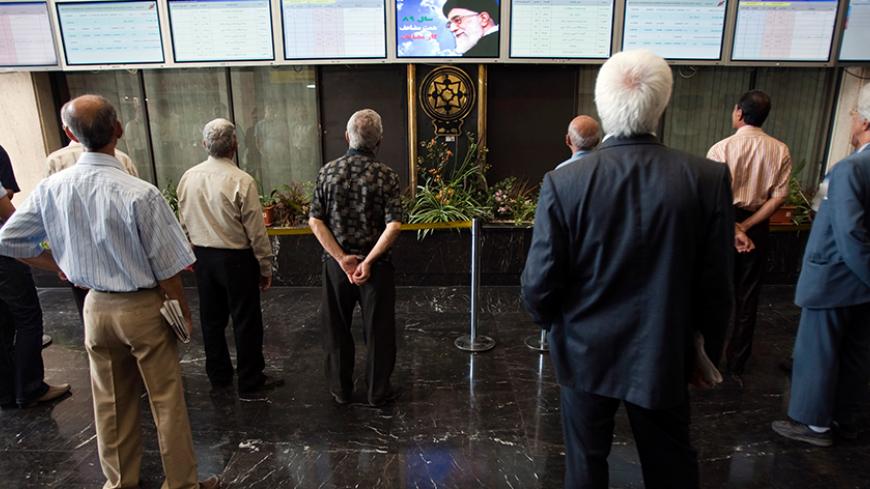 TEHRAN, Iran — Since the oil boom of the 1970s, successive Iranian governments have spent billions of petrodollars on consumer goods and covering up structural problems in the economy, Tehran-based economist Davoud Souri charged in a recent article for leading economic magazine Tejarat-e Farda. The recent fall in oil prices to 10-year lows, however, appears to have prompted Iranian authorities to steer away from previous economic policies. Indeed, the Islamic Republic is now trying to shift away from an oil-reliant economy to one that depends on taxation, agriculture, manufacturing and tourism, among other sources of revenue. To prepare the necessary infrastructure for this endeavor, the government is banking on domestic and foreign investment.

Before the sanctions relief announced in connection with the Jan. 16 implementation day of the Joint Comprehensive Plan of Action, embargos had barred potential multinational investors from engaging in business with Iran. Now that the sanctions have been lifted, the Iranian government hopes that its new approach toward foreign financing could address the lack of capital in the economy and help boost economic growth.

“Oil is no longer able to eke out growth,” argued Abolfazl Khavarinejad, former director of the Iranian Central Bank’s Economic Accounts Office. In an interview with Tejarat-e Farda earlier this month, the economist warned that it will be difficult for the government to replace revenue from oil sales with the likely capital inflow from abroad in the post-sanctions era. He argues that foreign direct investment (FDI) — advocated as a major solution to the lack of capital by President Hassan Rouhani — has never seriously been seen as a savior for the Iranian economy in the past four decades. Hence, few actions have been taken to attract it.

Other prominent economists also believe that the Iranian economy is still far from ready to welcome foreign investors on a large scale, despite the sanctions relief. The top economic adviser to the president, Masoud Nili, has said that the sanctions were just one of four main obstacles in the way of economic growth. Nili, as quoted by Donya-e Eghtesad Jan. 25, named the three other challenges facing economic policy-makers: the ineffectiveness of long-term policies and lack of entities that can guarantee sustainable GDP growth, wrong policies adopted when oil hovered around $140 per barrel and the historic decline in oil prices. The government is now being blamed for unwise policies and delays in conducting economic reforms. Indeed, experts say Iran may need years and not months to address the structural problems of its economy. In Khavarinejad’s telling, such reforms will take time — maybe as long as until the end of the sixth five-year economic development plan, in March 2021.

Some analysts believe that among other factors, the state’s deep involvement in economic affairs will frighten potential foreign investors, as they will see competitiveness as at risk. Ali Ebrahimnejad, a doctoral researcher of finance at Boston University, told Tejarat-e Farda earlier this month that foreign investors do not want to take risks other than those pertaining to their industry. “If foreigners decide to enter the Iranian market, they will have to deal with the political, currency and interest rate risks too, which is not an acceptable issue for global investors,” he noted.

The same concern has been raised by Khavarinejad. He said that circumstances have never been conducive to foreign investment in Iran — neither before nor during the sanctions era. “The sanctions were not the only obstacle in the way of the attraction of FDI. Investors want to know how monopolistic or competitive the Iranian market is. They want to know about the taxation system, labor laws and the relationship between institutions. All of these factors have an impact on their business, so they think about these issues,” he argued.

Iran ranks 74th among 144 countries on the World Economic Forum’s latest Global Competitiveness Index. Its competitiveness ranking averaged 72.67 in the years between 2011 and 2016, reaching an all-time high of 83 in 2015 and a record low of 62 in 2012. Meanwhile, World Bank data shows that FDI accounted for only 0.5% of the country’s $425 billion GDP in 2014. The corresponding figures for 2011 through 2013 were 0.7%, 0.8% and 0.6%, respectively. In 2003, when no nuclear-related sanctions against Iran were in place, the FDI ratio as a part of GDP — the highest since 1981 — stood at a mere 1.9%. If Iran wants to attract $50 billion in FDI per annum in the next five years — as proclaimed and anticipated by the Rouhani administration — its FDI-to-GDP ratio must reach as high as 11.7%. This ambitious target appears unattainable in the short run due to non-business risks and the dominance of the state in financial and physical markets. Hence, it should be an absolute and immediate priority for the government to rein in its involvement in business affairs.