The European legislature’s decision to break off Turkey's membership negotiations has no legal bearing, but it does indicate where a line might be drawn in Europe. 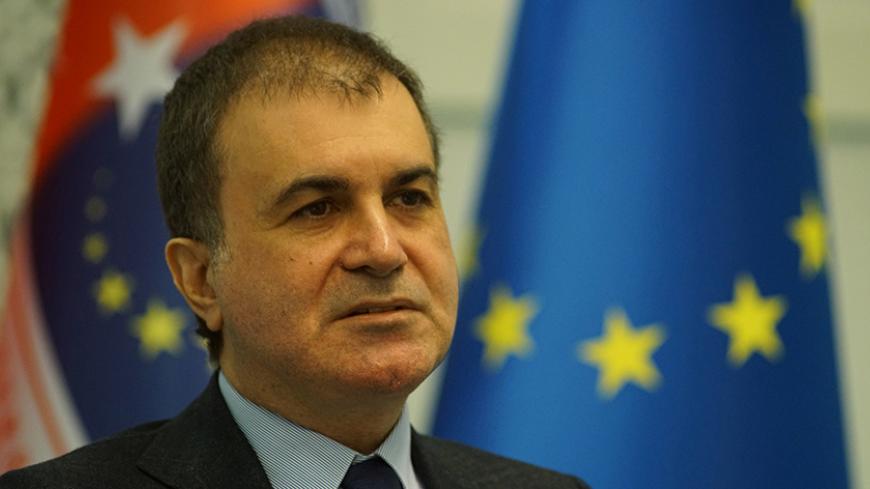 The European Parliament voted July 6 to suspend accession negotiations with Turkey. According to Reuters, the legislative body of the European Union debated the report by Turkey rapporteur and fellow parliamentarian Kati Piri and called “on the Commission and the member states … to formally suspend the accession negotiations with Turkey without delay if the constitutional reform package is implemented unchanged.” Turkey’s April 16 constitutional referendum is set to grant President Recep Tayyip Erdogan powers that will make him as powerful as (if not more powerful than) the Turkish parliament.

In response, Turkey’s Minister of EU Affairs Omer Celik criticized the European parliamentarians. He said they had “no right to make such a call” and called upon European lawmakers to “respect the will of the Turkish people.” Turkish Prime Minister Binali Yildirim, whose post will be abolished once the constitutional amendments come into effect in 2019, called the EU decision “null and void.”

Turkey has been an associate of the European club since 1963 and formed a customs union with the EU in 1995. Ankara applied for full membership in 1987 and the EU agreed to consider Ankara as a candidate for full membership in 1999. The two sides have been continuing accession negotiations since 2005 over 35 chapters that would harmonize Turkey’s laws, regulations and standards with those of the EU.

At one level, the incident is a tempest in a teapot. The decision is not legally binding — it does not force the European Commission, the civil service organ of the EU, or the European Council, comprised of the heads of EU member states, to halt accession talks with Turkey. At any rate, except for some areas, such as the controversial refugee deal, relations between Brussels and Ankara have been on ice for quite some time. In 2013, Turkey’s then-EU Minister Egemen Bagis expressly said Turkey would likely never become a member. Meanwhile, as much as he pays lip service to Ankara’s EU bid, Erdogan often signals that Turkey could turn its back on the EU and possibly reach out to Russia and China if his country is kept waiting too long on Europe’s doorstep.

But the European Parliament's decision also raises some serious questions about what the EU stands for and what Turkey hopes to gain from the membership negotiations. The most basic step in becoming an EU member for a candidate country is to accept the so-called Copenhagen Criteria. These include upholding the processes and institutions of democracy and human rights, maintaining a market economy and internalizing the philosophy of European integration, where states pool their resources and agree to delegate some of their sovereign rights to the union.

Although many European leaders have found a way to work with Erdogan in the wake of the referendum, as far as European public opinion and lawmakers are concerned, investing so much power into the hands of one person fundamentally contradicts the EU’s principles — especially the political and legal dimensions of the Copenhagen Criteria. There is hardly a point in accepting an already unpopular Turkey when from the European perspective, its political system resembles that of Russia or Belarus. At any rate, EU countries already have trouble in coping with the rise of “soft” authoritarian regimes in EU members Hungary and Poland.

In the final analysis, even when Turkey’s constitutional amendments come into full effect in 2019 and Ankara begins a new era under an executive presidency, EU-Turkey relations will not break down entirely. Neither side is upset enough to complete the breakup.