The European Parliament chastises itself for delaying the release of a progress report in which it condemns Turkey's many human rights violations. 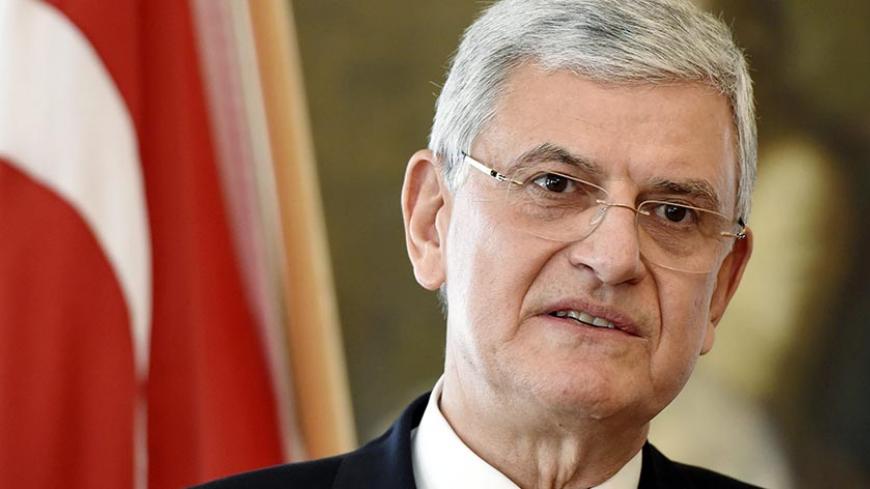 The European Parliament (EP) issued a progress report on Turkey on April 14, causing a stir and striking some observers as the EP's harshest criticism of Turkey ever.

Just months ago European Union leaders, led by German Chancellor Angela Merkel, were courting Turkey and its strongman, President Recep Tayyip Erdogan, to implement a deal under which Turkey would curtail the refugee flow into Europe.

The EU’s coddling of the Turkish government and Erdogan, while protests and complaints about basic human rights violations are ongoing, has caused increasing unease in European societies. EU member countries are being strongly criticized for selling out the EU's basic principles.

Apparently cognizant of its backtracking on basic principles, the parliament tried to regain the moral high ground by criticizing itself in the report. In particular, it drew attention to the fact that the European Commission — the EU's executive body — had postponed its critical bi-yearly report from late last year. The priority of realpolitik over moralpolitik has become imperative for the Europeans to reach to a deal on the refugee flow that has nearly paralyzed the EU area.

“[The EP] believes that the postponement of the Commission’s 2015 report until after the November 2015 Turkish elections was a wrong decision, as it gave the impression that the EU is willing to go silent on violations of fundamental rights in return for the Turkish government’s cooperation on refugees."

The EP also called on the European Commission and the European Council "not to ignore internal developments in Turkey and to clearly stand up for respect for the rule of law and fundamental rights in Turkey, as stipulated in the Copenhagen criteria, and irrespective of other interests.” The Copenhagen criteria are standards used to determine if a country is eligible to join the EU.

Turkey’s EU Minister Volkan Bozkır rejected the report as "null and void." For him, the 52-point, 15-page report’s reference to the 1915 Armenian genocide is unacceptable.

But that's not the real issue behind Ankara’s ire. What really made the Turkish government furious were a number of other points raised in the report, in which the word "condemns" was used more than a dozen times.

The EP came down hard on Turkey for its record on free-press issues: "Turkey still has one of the highest number of imprisoned journalists in the world" and, "according to the ranking made by Freedom House for freedom of the press and media, Turkey is still ranked as not having a free press and its Internet freedom [is] only partly free."

The report also highlighted the "rapidly deteriorating" security situation in the country, and Turkey's "serious backsliding, over the past two years, on freedom of speech, expression and opinion both online and offline in Turkey, which is ranked 149th out of 180 countries in the latest Reporters Without Borders World Press Freedom Index."

The report "condemns recent statements by the president of Turkey against the Constitutional Court, calls for the immediate release of all jailed journalists, encourages European diplomats to continue to monitor closely all criminal cases against journalists," and "deplores ... the increasingly authoritarian tendencies of the Turkish leadership."

It said the EP "recalls that the Turkish government has a responsibility to protect all people living on its territory, irrespective of their cultural or religious origins; acknowledges Turkey’s legitimate right to fight against terrorism, subject to international law," and "all operations by security forces must be proportional and not take the form of collective punishment."

But the most crucial statement might have been, “There has been a regression moving increasingly away from meeting the Copenhagen criteria to which candidate countries must adhere.” This implicitly means that Turkey’s current state of affairs lags behind 2004, when the EU Summit decided to start accession negotiations, as it was thought at the time that Turkey sufficiently met the criteria.

If Turkey is lagging behind the year 2004 in terms of its pro-democracy credentials, does this suggest that its relations with the EU would go back to square one?

The EP’s intention in criticizing Turkey is not to slam the EU's door in Turkey's face, according to the rapporteur of the EP’s Turkey report, Dutch social-democrat Kati Piri. Piri told the Deutsche Welle ("German Wave") broadcasting enterprise that the majority in the European Parliament favor cooperation with Turkey and, thanks to a dialogue with it, hope reform initiatives in Turkey will gain momentum.

Such hopes may prove to be in vain. That is not how Turkey’s decision-makers — above anybody else, Erdogan himself — read and interpret the report. It is not by coincidence that, even before the official version of the report reached Turkey, the country's minister in charge of EU relations rejected it.

Berlin's Merkel seems to be the primary victim of the souring relations between Ankara and Brussels. She is being criticized so sharply on her own turf — for trying to guard Erdogan from the satire in German TV shows and periodicals — that she is jeopardizing her political future.

At Erdogan's request, the German government agreed to prosecute satirist Jan Böhmermann, author of a deeply offensive poem about the Turkish president that included references to bestiality and child pornography.

Influential German weekly Der Spiegel commented on the issue, “The only one who stands to lose is German Chancellor Angela Merkel. In fact, she already lost. Despite the current focus on the satirist, Böhmermann himself is rather unimportant. The real issue is the chancellor’s own power.”

Merkel’s power is eroding in Germany. The Turkish president’s hoped-for projection of power at the Organization of Islamic Cooperation (OIC) summit he hosted April 14-15 in Istanbul did not materialize. The Egyptians gave him the cold shoulder, and Saudi King Salman’s mediation efforts came to nothing. Moreover, the final communique lauding Saudi positions supported by Erdogan angered Iranians.

The near future, in terms of Turkey’s diplomatic fortunes, looks as uncertain as it could be.