Cairo launches its first bike-share scheme called "Bicicletta" in collaboration with UN-Habitat Egypt to encourage Egyptians to cycle in order to reduce air pollution and save money. 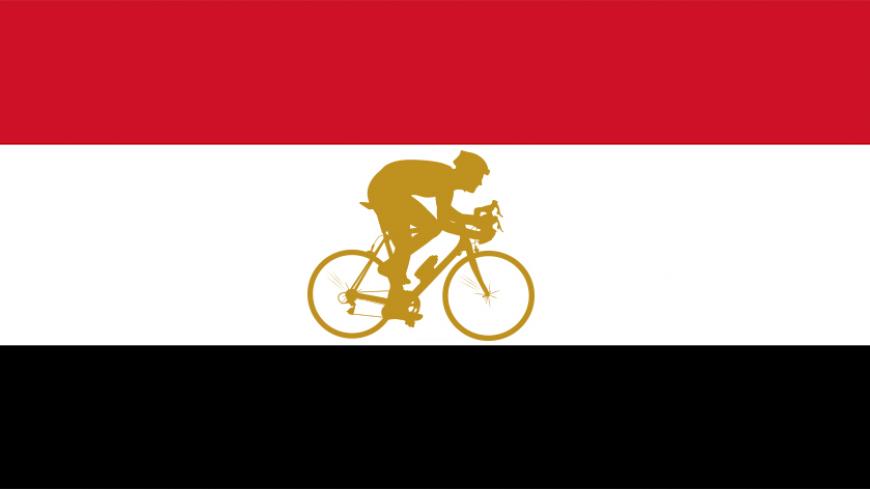 The Egyptian government has adopted a bicycle-sharing scheme in Cairo to encourage the residents of the city to use bikes as an affordable and environmentally friendly means of transportation.

The agreement was signed by Cairo Gov. Atef Abdel Hamid and Rania Hedeya, the program manager of UN-Habitat Egypt, in July. The project, titled “Bicicletta,” will channel 30 million Egyptian pounds ($1.7 million) for the next three years to the bike-share project in Cairo. It is funded by Drosos Foundation, a Zurich-based nonprofit organization.

Under the scheme, UN-Habitat and local authorities will cooperate on determining where to construct bike lanes and where to place bike stations so that the residents of Cairo can easily rent them. They will also jointly select a local social enterprise to manage and operate the bike-sharing model.

Hamid told local media during the signing of the agreement, “We are researching suitable areas for bike stations where cars are not allowed or are few in number.” He cited as possible venues el-Moez area in Old Cairo, Sarraya el-Azbakiya Street, Al-Alfi Street, Ahmed Orabi Square in downtown Cairo, as well as places near Cairo University and Ain Shams University where more young people can use the service.

The governor said that the rental price for the bikes will be kept low so that young people can easily pay for it.

Hedeya described the bike-share scheme as a service that makes bicycles available to individuals for shared use, allowing them to borrow a bike from point A and return it at point B. “The model has been applied in several parts of the world and has made headway in encouraging the use of nonmotorized means of transportation,” she said.

The UN-Habitat Egypt scheme is the first of its kind in the Middle East, but UN-Habitat has already introduced the bike-sharing scheme in Africa, launching it in Nairobi earlier this year.

Over the past 10 years, a growing number of cities around the world have started to adopt bike-share schemes that allow residents to rent bicycles for a fee. According to 2015 research released by prominent bike-sharing consultancy MetroBike, a total of 855 cities across the globe had bike-sharing schemes in 2014, compared to 703 a year earlier and 11 cities in 2004.

Environmentalists say that the government is finally taking steps to spread the culture of cycling in the country after air pollution reached critical levels, driving became costly and traffic congestion unbearable.

According to a 2012 study released by the World Bank, traffic in Cairo costs Egypt up to 50 billion Egyptian pounds ($2.8 billion) annually, or 4% of its gross domestic product.

“Direct costs include the loss of productivity due to sitting in traffic rather than working, the additional fuel consumed by extended travel times and the environmental impact of increased vehicle emissions. There are also indirect costs such as the effect of the environmental degradation on public health,” the World Bank said in its report.

Adopting a bike-sharing scheme is believed to reduce traffic costs, as traffic congestion in the capital would dramatically ease and time lost commuting would decline. Moreover, it would positively impact air pollution caused by cars.

A report by the World Health Organization showed that in 2012 more than 43,000 Egyptians died from diseases — such as acute lower respiratory infections, chronic obstructive pulmonary disease, stroke, ischemic heart disease and lung cancer — in connection to air pollution.

According to a World Economic Forum report, Cairo has the second-highest rate of air pollution among large cities in the world. The Economic Research Forum said in a 2011 report that automobile emissions in Greater Cairo are considered the main source of local air pollution.

Environmentalist Sara Refaat told Al-Monitor that it is a good move from the government to launch this initiative that encourages people to ride bicycles to reduce pollution. "The government’s move comes at a perfect time as fuel prices are increasing and the man on the street is suffering financially and riding bicycles would be a proper way to rationalize consumption,” she said.

However, Refaat noted that the government has to create the infrastructure that secures safety for cyclists. “The lanes have to be safe and roads in general have to be safe to a large extent so that people can be encouraged to ride bicycles,” she said.

The culture of cycling in Egypt has grown in recent years with more and more people biking as an alternate mode of transportation for many Egyptians.

Reem Ahmed, a member of Egyptian nongovernmental organization (NGO) Wheelers, said that many Egyptians have recently started to use bicycles as a means of transportation because it is easy, environmentally friendly and helps commuters avoid unbearable traffic jams.

The new trend has also emerged after several initiatives were launched by NGOs and volunteer groups. “Groups like Wheelers and Go Bike encourage Egyptians to use bicycles for their commute, and the government has now started to support that,” Ahmed told Al-Monitor.

She said the government has to set regulations for bicycle transportation across the country and establish safe lanes to ensure the safety of cyclists. “We do not have to reinvent the wheel. We can just adopt the already established European system and ensure that the law is put into effect,” Ahmed said.