In lead-up to COP27, the Egyptian government is exploring ways to encourage citizens to ride bicycles. 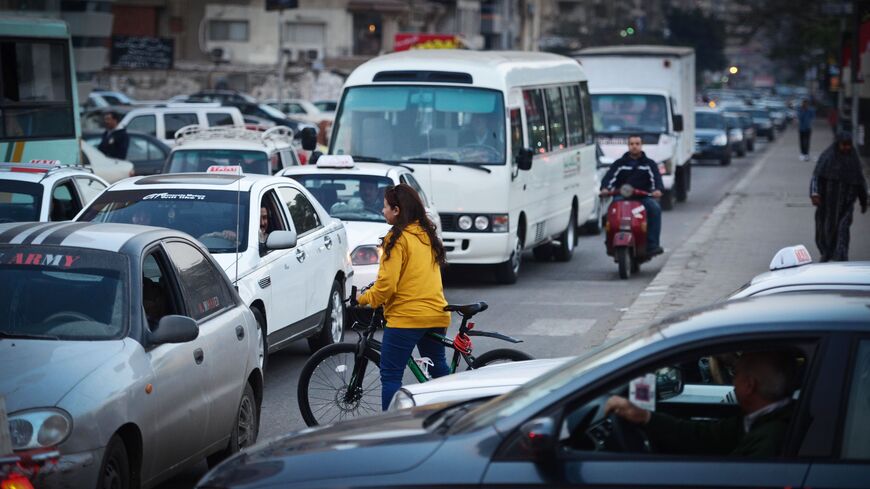 CAIRO — Egypt will roll out the Cairo Bike project in mid-July, promoting the use of bicycles as an alternative means of transportation in the Egyptian capital Cairo.

The project comes in the days leading up to the COP27 Climate Summit, which Egypt is scheduled to host Nov. 2-18 in Sharm El-Sheikh. The summit presents itself as a chance for Egypt to step up efforts and implement projects aimed at reducing climate change while finding partners, financing and investments interested in green technology.

The project is the fruit of a partnership between Cairo governorate and other partners with the support of the United Nations Human Settlement Programme (UN-Habitat) and funding from the Swiss Drosos Foundation. It also received technical support from the Institute for Transport and Development Policy, which supervised the project.

The bike-sharing idea relies on a large network of stations where bikes will be available for public use. The system is managed by a mobile application and offers bike rides at discounted prices starting from one Egyptian pound ($0.05) per hour. Riders can also use rechargeable cards.

The project is set to start in Cairo's downtown, Garden City and Zamalek, with a fleet of 500 bikes tracked by GPS and distributed over 45 sites integrated into metro stations and public transport lines.

The Cairo Bike project will be implemented in two phases. The first starts in mid-July with 250 bikes distributed to 26 stations, and the second phase in mid-September with another 250 bikes. The whole project will be run via 45 solar-powered stations and secured with surveillance cameras.

Mohamed Sami, a consultant on the project, told Al-Monitor over the phone that the downtown area was chosen as a starting point for the project due to the traffic density and the difficulty of using public transportation in it. Sami also said that bikes will be used in other areas should the pilot project prove successful.

According to Sami, the right lane in central Cairo will be earmarked for cycling, and drivers will be, in principle, obliged to remain in the other lanes. He said that the Cairo governorate is working to rehabilitate and allocate suitable lanes for bicycles at a subsequent stage.

According to the Egyptian Ministry of Health, at least two million Egyptians suffer from chest and respiratory diseases on an annual basis, mostly due to pollution-related illnesses, and the transportation sector is the second-largest contributor to greenhouse gas emissions in Egypt, according to Egyptian Minister Mostafa Madbouly.

According to a 2014 World Bank study, traffic congestion in Cairo costs the economy up to 50 billion pounds, the equivalent of about $8 billion, each year — about 4% of Egypt’s GDP.

According to the Ministry of Environment, non-motorized transportation means preserving the environment, reducing fuel consumption, fighting climate change, and protecting the health of citizens from pollution. Such projects, according to the ministry, help reduce transportation costs and are one of the most efficient ways to address traffic jams.

However, the government is facing a set of challenges as it implements the first phase of the Cairo Bike project in the Egyptian capital, Cairo. Chief among these challenges is the traffic density in the center of the capital.

Consultant Emad Nabil told Al-Monitor over the phone that the Bike Project is difficult to implement in downtown Cairo due to traffic at peak times, and in order to create new biking and walking lanes, some roads need to be expanded.

He added that it would have been better to roll out the project in less crowded areas in Cairo, such as the Sheikh Zayed City, 6th of October City or the New Administrative Capital, considering that these cities already have cycling and walking lanes and their population densities are still limited.