A Senate version of the National Defense Authorization Act, set to be released next week, will provide greater leeway for support for Iraqi homeland security. 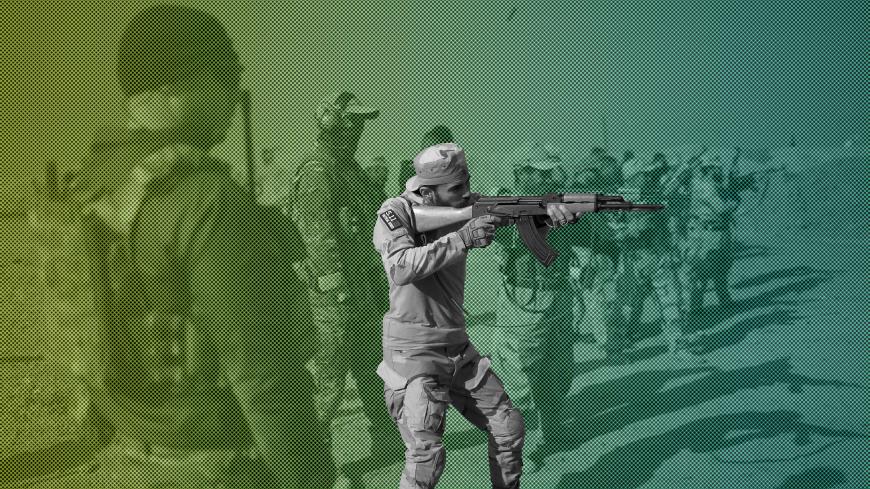 The upper chamber’s version of the National Defense Authorization Act, set for release next week, allows the Office of Security Cooperation in Iraq — a US office tasked with developing Iraq’s military — to extend their support to police and civilian security organizations, including the Ministry of the Interior, according to a committee aide.

The Office of Security Cooperation, housed in the US Embassy in Baghdad, has traditionally focused on supporting Iraq’s Ministry of Defense and Counterterrorism service. The bill, aides say, will give US officials more leeway to support Iraqi police and homeland protection agencies as they develop a long-term strategy to secure the country.

Those plans are progressing as US-led troops and Iraqi forces clear out the final streets of the strategically vital city of Mosul after more than eight months of intense block-by-block combat that has left much of the city in ruins. On Thursday, officials for the US-led coalition said that Iraqi security forces had pushed into the last 500 square meters of Islamic State (IS) holdings in the city.

The multinational coalition fighting in Iraq is currently working on a two-year plan for the Ministry of Defense. It also is continuing to work with the Ministry of Interior on a plan that aims to prepare Iraq’s police and border guards for duty in provinces that have been liberated from IS.

The specific amounts authorized for the office will appear in the full version of the Senate bill, set for release next week. But a summary of the bill that appeared last week authorizes nearly $1.3 billion for the US-led anti-IS coalition — fulfilling an entire Defense Department request made in May — to train and equip Iraqi troops and police units over the next year, providing them with thousands of M16 and AK-47 assault rifles, as well as hundreds of Humvees and armored vehicles.

That assistance could continue for some time. In a briefing on Thursday, Canadian Brig. Gen. D.J. Anderson, the director of force for the country coalition fighting IS in Iraq and Syria, told reporters that the effort had trained 106,000 Iraqi security force members, including 40,000 army soldiers, 15,000 police and 14,000 counterterrorism fighters.

On Thursday, Anderson also announced a $50 million coalition initiative to provide “police in a box” to Iraq that will begin later this summer: Using 100 mobile shipping containers that include equipment such as vehicles, weapons and GPS trackers, that can help Iraqi quickly establish ad hoc police stations in areas devastated by IS fighters.

A Defense Department budget request submitted to Congress in May said Iraqi counterterrorism forces will require coalition financing for the next three years to grow to 20,000 members. The Pentagon expects its costs for training and equipping Iraqi forces to fall in next year’s budget and beyond as Baghdad gets better at sustaining its own military or those funds are shifted to other US security assistance programs.

But Anderson did not put exact timelines on coalition support or when Iraqi security forces could fight on their own.