Ultra-Orthodox fashion bloggers are no longer a curiosity but a real phenomenon that sweeps women across the sector. 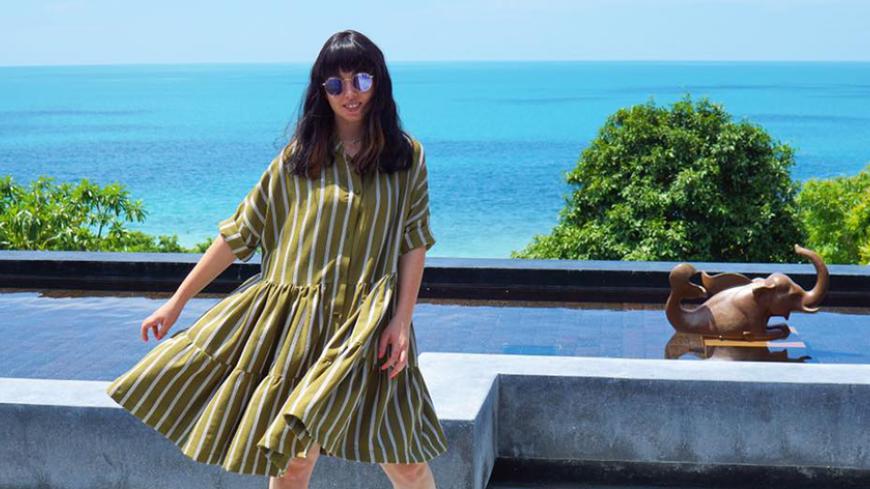 Shoshana spends a lot of time and money on fashion, but she tells her neighbors and family members that she is "working for a shopping website." Indeed, the strict ultra-Orthodox Jerusalem community to which Shoshana belongs might raise eyebrows if she would admit to being bit by the fashion bug.

Shoshana, 29, is a fashion blogger, but of a special kind. She blogs only about outfits that suit modest ultra-Orthodox women, or any other women around the globe who dress only in long sleeves, wear stockings year-round and cover their heads with scarves or wigs once married. Shoshana, a mother of three, uses a different name when blogging and preferred not to use her real name for the interview with Al-Monitor.

The phenomenon of ultra-Orthodox fashion bloggers has exploded over the past five years, with dozens, if not hundreds, of bloggers, all of whom are women.

Sara Pachter, the head and founder of SaraTikshoret public relations and publicity firm, which specializes in the ultra-Orthodox sector, is an ultra-Orthodox woman. She told Al-Monitor, "The religious fashion bloggers usually create closed groups either on Facebook or on WhatsApp. It is a way for them to ensure that men are not reading the blogs. Only a handful of them can be found by using Google — it’s a word-of-mouth system. Therefore, many of them are completely anonymous as far as the Israeli secular society is concerned."

She said, "Before establishing my company, I worked for many years as a journalist, so I am very sensitive to young women writing and blogging. A few years ago, I detected this rising wave of bloggers and decided to form our own fashion bloggers club by uniting all ultra-Orthodox fashion lovers. I try to help them by introducing them to leading Israeli brands and getting them invited to fashion events."

Pachter noted that one of her friends created a blog that specializes in ultra-Orthodox women who wear larger sizes. "She has 20,000 followers on her closed Facebook page, and the numbers are growing daily. Even if these groups are usually for ultra-Orthodox women only, the word is spreading fast. The fashion companies realize that there is a great potential there, and many of them are now offering items that are more adapted to our modesty requirements."

The case of Shirel Avrahami is a good illustration of the rising desire for fashion. After graduating from an ultra-Orthodox college for teachers, she decided that she wanted to take a different path. At the age of 20, she set up a blog about modern fashion styles for young ultra-Orthodox women, but quickly realized that she could make much more out of it. She told Al-Monitor, "After launching my blog, I discovered that many women from my [ultra-Orthodox] sector wanted to adopt a more modern and unique style. My husband and I realized that there was a large clientele — a lot of demand, but no supply. So we decided to turn my blog into an online shopping site."

Avrahami said that she and her husband imported high-end fashion items from abroad at first, but they realized very quickly that ultra-Orthodox women were not necessarily looking for the big names. “What they wanted was a brand with a person behind it — someone they can trust; someone from their own community; someone who understands their special needs,” Avrahami noted. “I was and still am very careful to maintain this personal contact; I touch base with women who post on my Facebook or Instagram accounts. I talk to women, I write to them, I publish articles on my blog. At the beginning, I rented shops in Bnei Brak and in Jerusalem — each time just for two days — to present myself and my merchandise and to show that there was a real ultra-Orthodox young woman behind these fabulous clothes."

For Avrahami, the key to success was to avoid imitating the traditional flower-lace dresses often sold in ultra-Orthodox shops. "Instead of importing, I started designing myself — a line that is clean, modern and fashionable — while adhering to all modesty criteria. I also discovered that we — ultra-Orthodox women — are often pregnant. But the clothes that are offered to us during and after pregnancy are often bulky and baggy. So I design a lot of loose-fitting but very stylish dresses that fit women who are pregnant and those who have recently given birth."

Avrahami said that nowadays her designs are being bought not only by ultra-Orthodox women, but also by Arab women and even secular ones.

Rona Liberman-Sabah has also made a name for herself far beyond Israeli borders as a designer of headscarves. Jewish ultra-Orthodox women, as well as religious Muslim women around the world, purchase her designs that sell under the name Rona. On her website, she writes, "Turbans often give the look of a head wrap without having to tie anything to achieve the perfect look … and provide a traditional solution for women who wear turban head wrap types of coverings for religious reasons."

Pachter is not surprised by the success of Avrahami, Liberman-Sabah and others. "Years ago, when I started in the Israeli fashion world, I would walk into a room full of fashion journalists and representatives from fashion chain shops as the only ultra-Orthodox person in the room. They were all amazed at how ultra-Orthodox women love fashion and understand it. Actually fashion has an important place in our lives. Don’t forget that we have occasions to dress up all year-round; we have the holidays season, matchmaking events and we make sure that we never leave the house looking neglected," she noted.

The prevailing assumption among many secular Israelis is that ultra-Orthodox leaders do not use the internet. In reality, many rabbis have come to terms with the internet and focus on their community members filtering all that is available online and preventing their children from using the internet.

Dina, a Jerusalem-based computer technician, told Al-Monitor that she is reading ultra-Orthodox fashion blogs at least 20 minutes each day. "Believe me, when you have a job and four kids, that’s a lot of time spent on something that some people in the sector might consider inappropriate. But for me, these blogs are taking me to the pretty side of life. In that respect, an ultra-Orthodox woman is just the same as any other Israeli woman."