With hundreds of conscripts hospitalized and one dead from food poisoning, Turks from all political stripes demand answers. 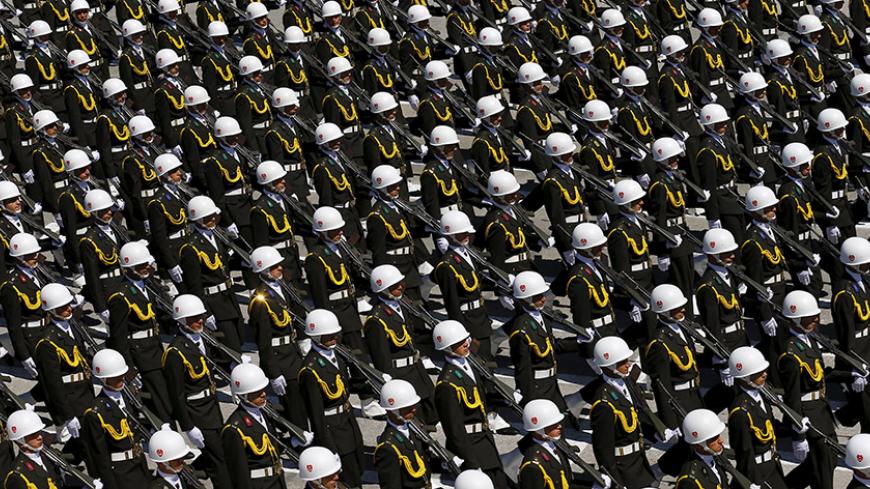 The latest controversy surrounding Turkey’s military involves its most valued asset: conscripts. In the past month, nearly 2,000 cases of food poisoning have hit the Turkish Armed Forces (TSK). For much of last week, successive reports came out of five TSK units in Manisa province that 600 conscripts were hospitalized for severe nausea and vomiting. The incidents came in the wake of another bout in May, when more than 1,000 conscripts in Manisa sought treatment and Pvt. Husnu Ozel died because of food-borne illness.

The Turkish government has responded swiftly. Minister of National Defense Fikri Isik and Commander of the Land Forces Gen. Zeki Colak visited Manisa May 18. During the visit, Isik announced the cancellation of the contract with the company hired to prepare the soldiers’ food. The defense minister informed the Turkish parliament June 19 that he “will demand answers” for the incidents “even if [the offender] was his [brother].” As of June 19, 24 people have been detained in connection with the scandal.

The incident led to great outrage among Turks of all political stripes. Erkan Akcay, a member of parliament with the Nationalist Movement Party (MHP), which established a partnership with the ruling Justice and Development Party (AKP) after last year’s failed coup attempt, said the company also held lucrative contracts with other TSK units. He demanded to know which of the company’s contracts were canceled: only those with TSK installations in Manisa, where the majority of the poisoning cases happened, or all of them.

Tur Yildiz Bicer, a member of parliament with the Republican People’s Party (CHP) from Manisa, called for Isik’s resignation. Bicer and several CHP deputies claimed that the owners of the food service company in question were previously shielded from an investigation because of their connections to the ruling AKP. In addition, the CHP members claimed AKP and MHP deputies had refused to open a parliamentary investigation in the wake of the incident in May.

The food poisoning issue has become especially sensitive in Turkey’s highly charged and polarized political climate. The anti-government Sozcu newspaper reported June 18 that conscripts’ relatives and other citizens had protested Isik during his visit to Manisa. Pro-AKP media outlets, which usually tone down incidents if they risk bringing trouble to the ruling party, were quite vocal. One of the leading pro-government newspapers, Yeni Safak, ran its coverage of the incident on its front page June 19, asking, “What is happening at the barracks?” Turkiye newspaper’s front page read, “Hold them responsible.”

To be sure, some outlets blamed a usual suspect, the Pennsylvania-based cleric Fethullah Gulen, whose followers many Turks call the Fethullah Gulen Terror Organization or FETO. Pro-AKP daily Aksam led its June 19 edition with the headline, “Is it FETO’s poison in the mess hall?” Many Turks suspect that Gulenists were behind last year’s failed coup and that Gulen’s followers are still trying to sow discord and chaos in their country.

All parties agree on one thing: The TSK and the Defense Ministry should get to the bottom of this sensitive matter. Otherwise, a bad case of food poisoning could leave Turkey’s political environment even more toxic.