Turks on both sides split over extending state of emergency

Turkey's state of emergency is set to expire next month, and political voices both in the government and in the opposition are split over its renewal. 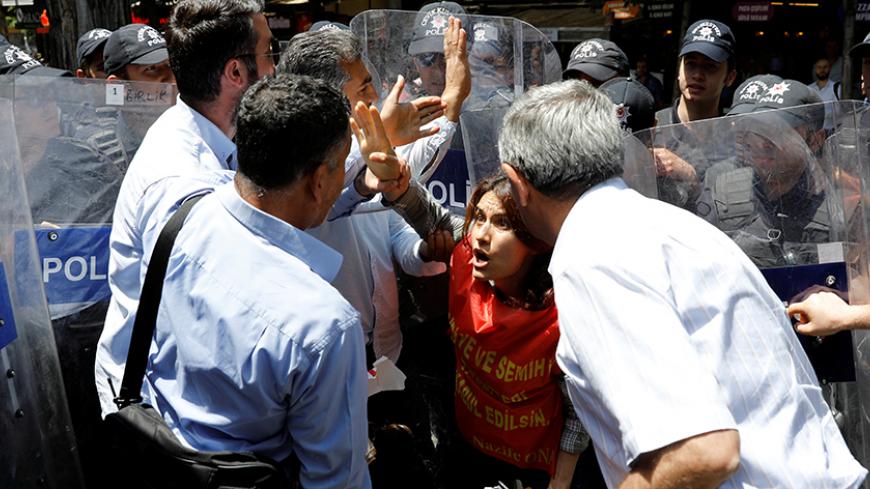 Turkey is debating whether to extend its state of emergency by another three months. The parliament imposed the state of emergency known as “OHAL,” its Turkish acronym, in the aftermath of last year’s coup attempt. OHAL has been extended three times since July 2016 and the current term is supposed to expire by July 19.

As Al-Monitor’s Mahmut Bozarslan pointed out in July 2016, the current state of emergency is not Turkey’s first. From 1987 through 2002, during the fighting between the militant Kurdistan Workers Party (PKK) and government forces, the primarily Kurdish parts of southeast Turkey came under a state of emergency. During that period, arrests, property seizures and deportations without a court order became commonplace. For Turkish citizens in the southeast, it meant not only years of lost economic and social opportunity but also fleeing one’s home. For Turkey in general, OHAL and the fighting between the government and the PKK have cost tens of thousands of lives and billions of dollars.

The current state of emergency has been less destructive, but only relatively. Since 2016, more than 100,000 government employees — civil servants, military personnel, police officers and teachers — have been sacked for their alleged association with the Pennsylvania-based preacher Fethullah Gulen. Many Turks refer to Gulen and his followers as the Fethullah Gulen Terror Organization (FETO) and accuse them of leading last year’s coup attempt. Nearly 50,000 people remain in jail pending trial. Several thousand politicians with the predominantly Kurdish Peoples’ Democratic Party are among them.

Turkey’s largest English-language daily newspaper Hurriyet Daily News argued June 27 that the government and the opposition are split on extending OHAL on July 19. Turkish views on the matter, however, are variegated and complex.

Within the government, Minister of Economy Nihat Zeybekci is one of the strongest proponents for ending the state of emergency. In the aftermath of its first extension in October 2016, Zeybekci said he had spoken out against it. Last April, Zeybekci said Turkey should “get rid of OHAL at the first opportunity.” Zeybekci’s logic is straightforward: International and local investors are too timid to park their money in a country where even the government acknowledges that the times are dangerous and uncertain. For the same reason, the state of emergency hurts consumer confidence. Zeybekci is not the only member of the ruling Justice and Development Party (AKP) government who advocates for its end.

Meanwhile, OHAL does have its advocates in the opposition. Nationalist Movement Party (MHP) Chairman Devlet Bahceli, who has established a close partnership with the AKP since the coup attempt, came out in favor of extending it. The MHP leader said, “The struggle against the PKK and FETO should not ease.” Bahceli also criticized the main opposition Republican People’s Party (CHP) for its protests against the AKP government, claiming that the CHP’s actions aid the Gulenists.

Turkey’s state of emergency is likely to be extended before July 19, but it is likely going to hurt the country in the long term.

In March, the Parliamentary Assembly of the Council of Europe warned Turkey that its emergency policies could lead to a formal investigation of human rights abuses and place the country on a watch list currently populated by other nations with terrible human rights records, including Armenia, Azerbaijan, Russia and Belarus. Indeed, the Turkish police’s June 2017 arrest of Amnesty International’s local representative, Taner Kilic, and American pastor Andrew Brunson for allegedly aiding and abetting PKK and FETO shows that Turkey’s state of emergency is losing its focus and uprooting the lives of innocent people.