Ankara revealed a hard stance in the Qatar crisis by fast-tracking legislation that sends Turkish troops there to control protests and confront internal security threats. 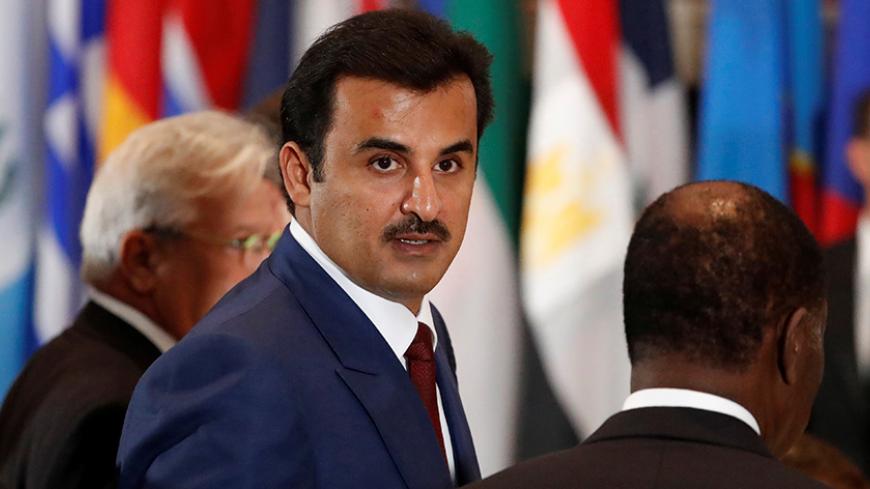 In the deepening crisis between Qatar and a Saudi-led coalition, Ankara faces yet another test of its rhetoric versus its actual abilities. Ankara tried to give the impression of being a mediator in the first two days of the crisis but suddenly made a dramatic reversal and adopted a pro-Qatar position. Ankara cannot easily resume its mediator role, especially since the parliament authorized Turkey to send 3,000-5,000 soldiers to Qatar, which allows them to assist with internal security should there be mass popular movements against the rule of Emir Tamim bin Hamad Al Thani.

Saudi Arabia, Egypt, the United Arab Emirates and Bahrain severed ties with Qatar a week ago, accusing it of supporting terrorism, which Doha denies.

Two legislative documents constituting the basis of military cooperation between Qatar and Turkey had been waiting for parliamentary approval for more than a year. One of them was the protocol signed in Doha in December 2015 that calls for deployment of Turkish troops in Qatar. The protocol cites as its objective “modernization of Qatari military institutions, diversifying military training, [and supporting] defense capabilities and facilities of the Qatari armed forces through training and exercises.”

About 90 Turkish military personnel currently are stationed temporarily at a former British base 15 miles from Doha. That number now can be boosted to a brigade-level task force of 5,000 troops made up of a joint headquarters staff, coordination council, support units, infantry, and air and naval components. The protocol also authorizes the parties to exchange training programs, experiences and knowledge, and provide each other with advisory services.

A parliamentary source in Ankara who didn’t want to be identified said the project for a Turkish military base was held up in the Turkish parliament because of complacency and foot-dragging of Qatari authorities in allotting a permanent base for the Turkish troops. The source said Ankara was truly annoyed by the Qatari attitude, but since the crisis erupted, Qatar has sped up the process.

Other legislation that was awaiting Turkish parliamentary approval was the Protocol on Cooperation on Gendarmerie Training. The document authorizes Turkey to assign as many gendarmerie personnel as necessary to provide “training in internal security, in combating smuggling and organized crime, and to control mass public protests.”

After the diplomatic crisis began a week ago, the Turkish parliament processed those two documents with incredible speed and approved them instantly. President Recep Tayyip Erdogan is thereby fully authorized, without worrying about contravening any domestic legislation, to increase the strength of current Turkish army units consisting of infantry, military engineer, combat support units and special forces elements and, more significantly, to dispatch Turkish gendarmerie forces to confront internal security threats the Al Thani regime may face. Both documents have carefully underlined that Turkish soldiers and gendarmerie units dispatched to Qatar will not be involved in “operational missions” but will provide “military training and advice.”

But what if the crisis deepens? If mass protests break out in Qatar or if there is a threat to the personal safety and rule of the emir, could Erdogan — who regularly refers to Al Thani as “my brother” — then dispatch troops on operational missions to protect him? Experts say there is no legal or political impediment to prevent Erdogan from doing it.

Here we must refer to a news report that cited a document of the Qatari Embassy in Ankara saying that on July 16, 2016, one day after the July 15 Turkish coup attempt, a 150-strong elite unit of Qatari special forces had come to Ankara for close-quarters protection of Erdogan and stayed in Ankara for four days.

Ankara has not denied this four-month-old report. If the report is factual, one can be sure Erdogan would definitely respond in kind should Al Thani and his family need it.

I personally feel that a young emir who had been ambitiously working to promote the “Qatari way of thinking and doing things” will eventually give in to the demands of the Saudi-led bloc. If Al Thani’s behavior does not change and if he does not affirmatively respond to US President Donald Trump’s call for a “meeting at the White House” to discuss the matter, he could wind up being ousted.

To resolve the problem, then, I feel a plot to depose Al Thani would likely be a US-endorsed, Saudi-led military intervention. This coup’s overall objective would be to replace the emir, with a view to bringing Qatar under the same level of Saudi influence and control as Bahrain.

In Ankara, this is a nightmare scenario widely discussed in government circles. Many Turkish officials fear the crisis could end with Al Thani giving in to demands of "Bahrainization" — that is, just a pretense of independence but governed from Riyadh. If he resists, he would be removed from the throne.

Al Thani's fate is a vital matter. If he does not comply with US and Saudi Arabia demands, massive street protests could start in Qatar. If this happens, the Qatari military would be unlikely to offer an effective response. Then, a decision by high-profile members of the Al Attiyah and Al Thani families could be to abandon the emir and side with US-endorsed Saudi Arabia and the United Arab Emirates rather than militarily escalate the crisis.

Now everyone's wondering how the emir will respond to Trump’s invitation to the White House to discuss the crisis.

In Turkey, eyes are on Erdogan. If the crisis deepens and the emir’s situation becomes more precarious, we will have to wait and see what Erdogan will do for his bosom buddy, who has proved his friendship many times over. Here, we have to keep in mind the increasing disparity between what Turkey wants to do and what it can actually do in the Middle East.

Well-placed military sources in Ankara who wanted to remain anonymous said Turkey intends to deploy infantry first and then a naval force in Qatar. Deployment of Turkish F-16 fighter jets would come in the third phase. Military cargo planes would be used for logistical support of the base.

The major test awaiting Ankara is how to reconcile what Turkey actually can do with the personal brotherhood bond of the two leaders.