Turkey's Altay tank project not ready to roll after all

Now that Turkey's government has rejected Otokar's bid for the Altay tank contract, other companies will participate in the tender, including BMC — a Turkish/Qatari partnership whose chairman is a close friend of President Recep Tayyip Erdogan. 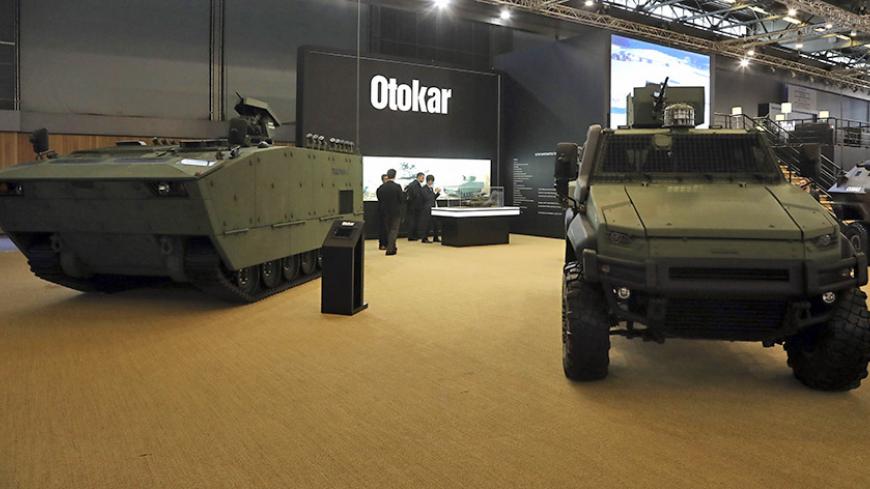 After Otokar spent nine years developing the prototype for Turkey's indigenous Altay tank, the government has rejected the company's proposal for mass production and will open the multibillion-dollar contract to bidding.

Otokar, a subsidiary of Koc Holding, one of Turkey’s leading companies, announced June 9: “The Defense Industry Undersecretariat (SSM) today informed us that they had reviewed the administrative, financial and technical aspects of our offer but because of lack of agreement on stipulations of the contract, and above all the price quoted," the SSM will be going with a tender process.

Why was the offer rejected after Otokar, jointly with the SSM, spent $1 billion and almost a decade working on the project? Recently, there were optimistic media reports that Turkey was about to export the Altay tank. Now we know it wasn’t even built yet.

Until now, the project had been praised incessantly and supported by the president, prime minister, defense minister and the military command. Because of the government's close interest and all the official praise, the market assumed that mass production by Otokar was a foregone conclusion. This naturally boosted the company’s market value. In June 2016, Otokar shares were selling at 95 Turkish liras ($27). They reached 149 liras in February. The day after the SSM rejected Otokar's offer, its shares slumped to 113 liras.

Otokar Chairman Ali Koc had recently said that if his company's offer was accepted, Otokar would deliver 250 tanks in five years. Koc also said his company had made all the programming and infrastructure preparations for mass production, which could commence within 18-22 months after the go-ahead was given.

The company hasn't said whether it will participate in the new tender. If so, will it agree to a lower price? This uncertainty seems to be encouraging several local companies to try their hand at the bidding process.

There is another company manufacturing commercial and military vehicles whose shares are not publicly traded, but its name is being widely mentioned: BMC Automotive Industry Corp. BMC's chairman, media mogul Ethem Sancak, is a member of the Central Committee of the ruling Justice and Development Party (AKP). Three years ago he sold 50% of BMC's equity to Qatar Armed Forces Industry Committee. Sancak is a personal friend of Turkish President Recep Tayyip Erdogan.

Large contracts normally have to go through the tender process, but because Otokar had been involved in the project for so long, many people assumed it would be awarded the contract without bidding. Sancak apparently was not among those people, however.

On Dec. 16, Sancak told the daily Aksam the route his company would take: “We have prepared a strategy that will meet the entire list of needs of our ground forces, from tanks to missiles, with 100% local production. The SSM subsidized one of the most prominent companies of Turkey $500 million to produce five tank prototypes. The company successfully produced the Altay tank prototypes and delivered them. Now the SSM will open a tender for mass production. We are ready to participate in that tender.”

Who will win the tender?

Analysts agree BMC has the best chance of getting the contract. If Otokar doesn’t submit a bid, it could provide technical support to BMC. Otokar managers have been quoted as saying that their company could provide support to other contractors.

Relations have been tense between the AKP government and Koc Holding, which has now suffered three major contract setbacks. In December 2002, Koc Holding and its partners won a $5.7 billion bid to privatize the management of express roads and bridges, but that contract was annulled abruptly in February 2013.

Koc had also won the tender for the Milgem national shipbuilding project worth 1.5 billion euros in January 2013 ($2 billion at the time). But after the company built two vessels, the Prime Ministry Audit Board said the tender had been improperly conducted and the SSM decided to annul the contract that September.

One of the biggest businesses in Turkey has been excluded from giant projects that it had been awarded, one by one: the national shipbuilding project, the express roads-bridges management tender and now the national tank contract. Can anyone really say these are coincidences?