A group of students at the American University in Cairo has launched an awareness campaign to stop pollution in the Red Sea and protect marine life. 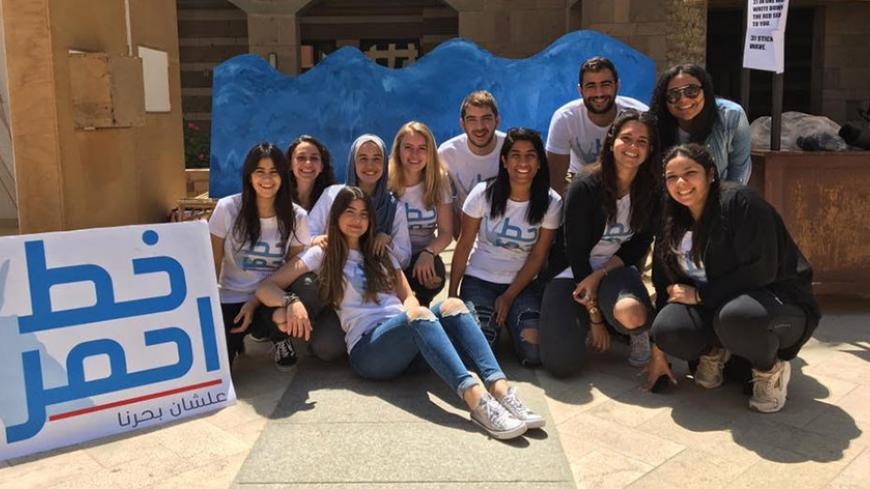 A group photo of members of the Khat Ahmar campaign at the American University in Cairo, uploaded April 5, 2017. - Facebook/Khat Ahmar

A group of students from the American University in Cairo have launched a campaign, with eye-catching visuals and short videos, to raise awareness of pollution in the Red Sea and how individuals can prevent it.

The visually rich campaign, titled Khat Ahmar (Red Line), is part of the students’ graduation project for their major in integrated marketing communications.

On their Facebook page, the students describe their campaign as the first of its kind due to the use of social media and its wide outreach. The page, which already has more than 1,000 followers, has several videos and articles that cover a variety of issues from human urine in the sea to the protection of corals.

"Most Egyptians are unaware of the importance of the Red Sea in terms of economy and tourism,” Mennatullah Hassan, one of the 11 students who run the campaign, told Al-Monitor. “They have no idea that how flawed actions can endanger marine wildlife. We want to make people more aware of their actions and responsibility toward the Red Sea and the marine life there.”

The Red Sea is essential to Egypt’s tourism industry. According to the Central Agency for Public Mobilization and Statistics, the Red Sea accounted for more than 60% of the 9.9 million visitors to Egypt in 2014. Hisham Zaazou, the former minister of tourism, said that the Red Sea will play a major role in achieving the government's target of reaching 20 million tourist visits annually by 2020. 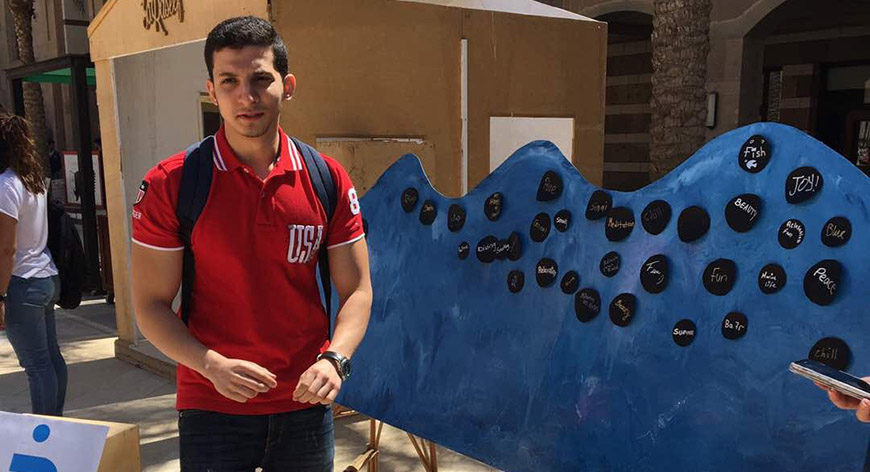 The campaign includes this board covered with reasons people enjoy the Red Sea, April 5, 2017. (photo by Khat Ahmar campaign)

The students of the American University in Cairo have partnered with Hurghada Environmental Protection and Conservation Association (HEPCA), a nongovernmental organization that specializes in the field of marine and land conservation, to determine areas where people can help protect marine wildlife. The subjects they have tackled include coral reefs, dolphins and sharks, which are major tourist attractions but are threatened by pollution and fishermen.

"In our meetings with representatives from HEPCA, we learned that there is a massive decrease in coral reefs due to careless diving, fishing and waste disposal," Hassan said.

Hassan said that coral reefs, once ruined, could take up to 100 years to grow again. So the students made a video on the subject. The videos made by the team and posted on the Khat Ahmar Facebook paged underline those facts. "When people watch the campaign's videos, they are shocked. They share it with their friends. They also feel ashamed of the way their behavior damages the marine life in the Red Sea," Hassan said, adding that the page has received numerous messages praising their efforts in bringing these facts to light.

Hassan said that many tourists come to the Red Sea to see the dolphin house in Samadai in the resort town of Marsa Alam — a major generator of tourism revenues. 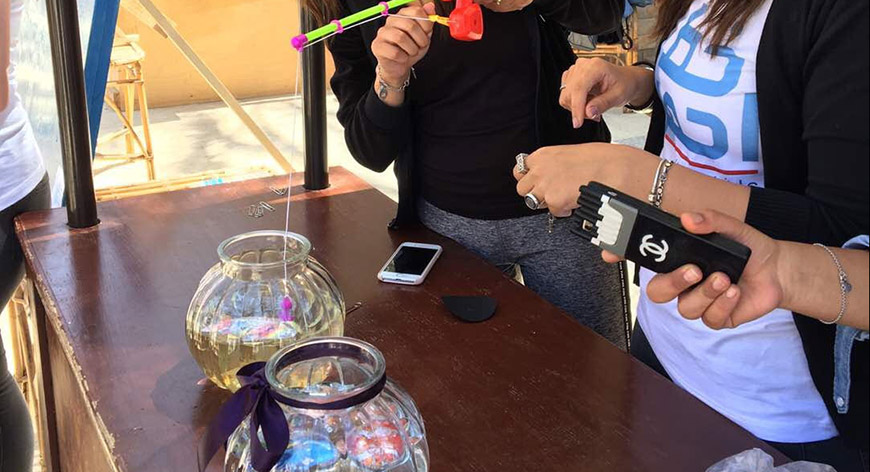 People play a game involving removing fish from polluted water and moving them to clean water as a teaching tool, April 5, 2017. (photo by Khat Ahmar campaign)​

Similarly, many people come to the Red Sea to swim with the sharks. HEPCA estimates that each shark brings $40,000 a year; some, however, are killed for their meat. In Suez city last year, a whale shark was caught and sold for 25 Egyptian pounds ($1.37) per kilogram.

The campaign also focuses on the problem of human urine in the sea. According to HEPCA, there are 400,000 visitors to the Red Sea yearly — locals and foreigners. If each person urinates about 250 milliliters while swimming, the equivalent of one trip to the bathroom, then this is almost as if an entire sewage pipe has been opened on the sea.

Youssef el-Hennawy, a member of Khat Ahmar, told Al-Monitor that one of the easy things people can do to prevent sea pollution is to stop throwing their plastic bottles in the sea. "Fish and sea turtles may mistake the plastic waste for jellyfish and eat it, leading to suffocation or death. Those bottles also stick to bigger fish and dolphins, thus leading to their suffocation or death," he said.

Hennawy said he and his team will also make ads on TV and billboards on the highways to coastal cities and inside airports. "We will do our best to save the Red Sea,” he said.