With Hezbollah turning into a real army, with strong attack capabilities, Israel starts building a defense wall on its northern border. 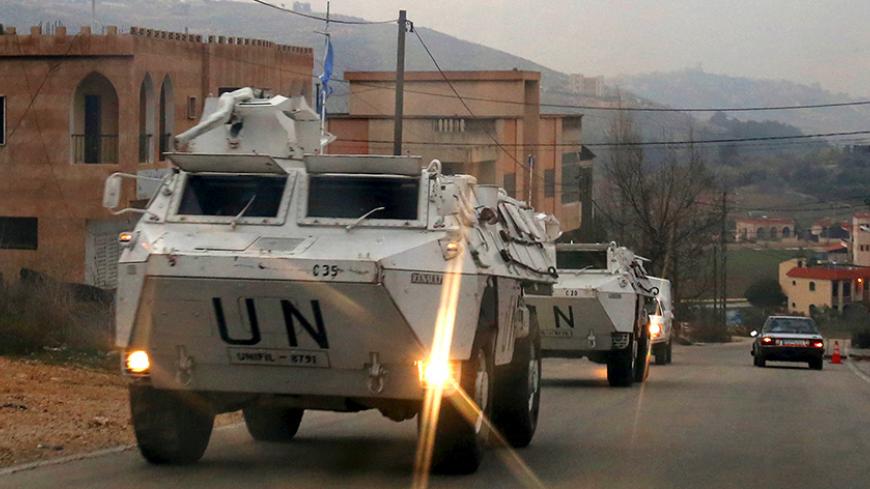 More and more voices in Israel are saying that the United Nations Interim Force in Lebanon (UNIFIL) has become a burden and its mission is no longer needed.

“UNIFIL was supposed to be the enforcement apparatus for Security Council Resolution 1701,” a high-placed Israeli military source said on condition of anonymity. “But in actual fact, it has become only a fig leaf for that resolution. UNIFIL whitewashes Hezbollah activity on the 'Blue Line' [border], and serves as an excuse for Hezbollah and the Lebanese government to violate the UN resolution and ratchet up tensions along the border. We no longer need this force here any longer. Better to remain with only the coordination and liaison units, and that’s all,” he added.

The confrontation between Israel and UNIFIL erupted at the beginning of the month, in the course of the June 7-9 visit of US Ambassador to the UN Nikki Haley to Israel. Haley, who enjoys tremendous popularity in Israel, was taken for a patrol of the northern border line between Israel and Lebanon. She was accompanied by Maj. Gen. Aviv Kochavi, who recently served as the head of the Northern Command and is now deputy chief of staff, and Israel Defense Forces Brig. Gen. Amir Baram, the 91st Division commander.

In preparation for the visit, Kochavi and Baram had received special authorization to reveal hitherto secret intelligence information to Haley regarding Hezbollah’s deployment along the border in violation of Security Council Resolution 1701. To demonstrate that, Kochavi and Baram received approval to use sophisticated observation devices on the patrol. In addition, a female soldier from the local combat intelligence battalion participated in the patrol; she had recently immigrated to Israel from the United States and was tasked with providing accurate translations to the ambassador.

Kibbutz Misgav Am was chosen as the observation point where the ambassador received detailed explanations of the entire zone. The kibbutz is located on the fence along the border between Israel and Lebanon. Baram explained to Haley that the kibbutz’ fence is actually the border fence as marked by the UN after the withdrawal of the Israel Defense Forces (IDF) from southern Lebanon in 2000. According to sources who participated in the meeting, Haley was astonished when she learned that normal, everyday life characterizes the Israeli kibbutz on the border fence. The other side of the fence is where Hezbollah militants patrol. At this point, Baram whipped out Security Council Resolution 1701 that had been adopted at the conclusion of the Second Lebanon War in 2006, and read it out aloud. The resolution states that Hezbollah militants are not to be south of the Litani River. Then Haley was given intelligence information that Israel had collected in the recent year. In addition, via the special observation instruments brought there, Haley was able to discern observation points erected by Hezbollah along the length of the Lebanese border, camouflaged as a green environmental organization for nature protection.

At exactly this stage, the UNIFIL commander, Irish Maj. Gen. Michael Beary, arrived. Haley asked the general for his response to the information she received, and explained to him that she saw with her own eyes how Hezbollah militants are clearly present south of the Litani — areas where the Security Council resolution forbids them to have a presence. And UNIFIL is the body that is supposed to enforce this resolution. The general denied the information, and then a heated argument ensued between Beary and Kochavi — all this, in front of the American ambassador.

“We have a terrible crisis with UNIFIL,” a senior IDF officer told Al-Monitor on condition of anonymity. “Now, when the word is out and the whole world has seen the pictures, it will be impossible to deny Hezbollah’s violations any longer. Unfortunately, UNIFIL assists Hezbollah in whitewashing the truth. Under the current state of affairs, there is no point for UNIFIL battalions to remain on the scene. They cause more harm than good. They do what Hezbollah tells them to do. They don’t dare raise their heads and carry out their duties, so the appropriate thing now is for them to vacate the premises.” Several days later, the UN denied the Israeli information; this only served to heighten the distrust between the sides.

Until Haley’s visit, Israel’s intelligence info about Hezbollah’s presence on the southern Lebanon border fence was kept under wraps. Since Haley represents the outlook of President Donald Trump, who views UN peacekeeping initiatives as a waste of money, it was decided to reveal the information to her. At the present time, various Israeli spokesmen are adopting harsh rhetoric against UNIFIL and its collaboration with Hezbollah.

In the coming weeks, the IDF will begin a new stage in constructing a land barrier throughout the entire length of its border with Lebanon (construction that was revealed in an earlier article in Al-Monitor). Israel plans to build a high wall in the western zone and another one in the Metula area. Metula, an Israeli border town, is viewed as especially vulnerable because Hezbollah controls two ridges that command a view of Metula from the west and east. The IDF is aware of Hezbollah’s plan to attempt to gain control of Israeli localities in the next confrontation, and it is preparing for all possible scenarios. Hezbollah does not have the ability to defeat Israel, but it can surprise the IDF with a sudden breakout of its Radwan special forces (commando units). This would allow the organization to take rapid control of an Israeli locality, even for a few hours, which could be a tremendous psychological victory over Israel, which has not lost territory to an Arab enemy since 1973. There are 22 Israeli localities adjacent to the fence, along the length of the Lebanon border. The IDF has a detailed plan for evacuating some of them in case of a conflict. Simultaneously, the IDF is planning to take steps that will avert the danger to the localities.

According to the IDF, Hezbollah has morphed from a local guerrilla organization into an army with a state — Lebanon. A senior Israeli source told Al-Monitor that Hezbollah already has dozens of tanks and no small amount of RPVs (drones), some of them armed. From Israel’s point of view, it is not clear if this is good news or bad. In the Second Lebanon War, the IDF suffered from a lack of Hezbollah targets. The next time around, they say in the IDF, things will look completely different.

According to an Israeli military source, Hezbollah has carved out a separate identity for itself. It is no longer an extension of the Iranian arm, and it shows more and more signs of independence. There is still a clear and powerful symbiosis between Tehran and Beirut, but Hezbollah Secretary-General Hassan Nasrallah now has his own agenda. He does not necessarily follow every Iranian dictate. This summer, all these working assumptions may be put to the test on the ground. The construction of a wall by Israel is viewed as an act that can cause friction. But the fact that Iran is building factories in Lebanon to produce rockets and missiles is viewed by Israel as the clear crossing of a red line.

A high-ranking Israeli politician, speaking on condition of anonymity, said, “Although both sides have no interest at the moment in being dragged into a conflict, the situation on the ground can definitely deteriorate quickly, even to an all-out conflagration.”