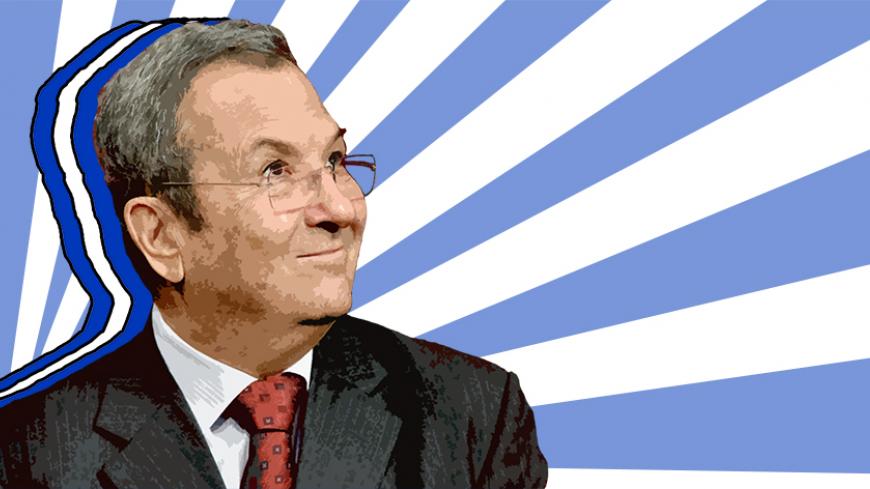 The Labor Party will be holding its primaries July 4, with eight candidates (Amiram Levin has quit the race) competing for the role of chairman of the battered party. It will be the first time that the most interesting candidate is not even running. This is someone who already served twice as the head of the party that created the State of Israel and who was Israel’s chief of staff, defense minister and prime minister: Ehud Barak.

Without even declaring it, Barak is in the middle of a fascinating political comeback. His working assumption is simple: Labor is a party without a leader, while he is a leader without a party. Now, all that needs to be done is to help them find each other. The chances of that happening are slim, but until just a few months ago, there was no chance of it happening at all. Now, everyone is talking about it.

Barak is destined for greatness, or at least he thinks so. This dates back to his days as the legendary commander of the Matkal commando unit. As the most decorated soldier in the history of the Israel Defense Forces (IDF), he climbed through the ranks to become chief of staff in 1991. It was Barak who coined the IDF's motto, "A small but smart army," even though his term as chief of staff wasn't considered particularly brilliant. Upon completing his term and leaving the army, Barak joined the Labor Party, was appointed a minister in Yitzhak Rabin's government and watched wistfully as Shimon Peres lost the 1996 election to Benjamin Netanyahu after Rabin's assassination in 1995. Once Peres was defeated, Barak went on to take over the Labor Party and defeated Netanyahu in the election of 1999 to become prime minister.

Once he had completed his plan to take over the party, it seemed as if the sky was the limit. It was then that Barak found himself at his most vulnerable. His term in office was the shortest and most traumatic in all of Israel's history. He failed in his rushed attempts to reach peace agreements with the Palestinians and Syrians, the second intifada erupted in September 2000 and Barak experienced the fastest and most resounding decline and crash in all of Israel's political history. After having suffered an unmitigated electoral defeat in 2001 at the hands of Ariel Sharon after a brief term of just 20 months, Barak retired from political life.

This break lasted five years. The Second Lebanon War (2006) caught the IDF with its pants down, and this provided Barak with the opportunity to depose Labor Party leader Amir Peretz, who also happened to be defense minister. In 2007, Barak returned to the post of Labor Party chairman and to the Defense Ministry. His plan at the time was simple. As a popular defense minister, he would have no problem taking off and deposing Prime Minister Ehud Olmert, who was already a lame duck because of the police investigation against him.

But as always happens with Barak, everything moved forward according to plan, until it all came tumbling down. Barak never really managed to take off. In fact, he crashed. In the 2009 election, he led the Labor Party to an unprecedented low, winning just 13 seats. Four years later, he and four other Knesset members quit the party altogether, just so he could remain defense minister in the Netanyahu government.

By 2013, Barak was a public and political pariah, so he resigned from political life a second time. This withdrawal from political life was especially pathetic and humiliating, and it looked like he would never be back. He was 71 years old and despised by much of the population. Once the great white hope of the Israeli left, Barak had become a rusting hull in the junkyard of Israeli politics.

No one knows where Barak popped up from this third time, but the fact is that he did. He started a Twitter account, joined Facebook and within a short time became the sharpest and most outspoken critic of Netanyahu and his policies. It should be recalled that Barak was once Netanyahu's commander in the Matkal commando unit. Ever since then, fear and awe of Barak has been etched deep in Netanyahu's soul, regardless of their political standing. Barak knows Netanyahu's "soft underbelly" more than anyone else, and he has, at age 75, become one the fastest sharpshooters in Israeli politics with his nonstop pummeling of Netanyahu.

At the same time, Barak has begun to crisscross the country in a marathon of political meetings, most of them secretive, in an effort to begin to dismantle opposition to him. What he is actually doing is putting himself up for a public tender, even if it is not yet clear what role he actually sees for himself. He could be a prominent ornament on just about any of the existing parties, as such a party's candidate for defense minister, but he wants more than that. He is trying to create momentum around himself, so that at the critical moment, the conditions are ready and everyone concludes that only he can defeat Netanyahu (again).

Of course, the most interesting scenario involves the Labor Party. Although current Chairman Isaac Herzog until recently may have seemed to be a dead horse, his race to win a new term is gaining momentum. Peretz, defeated in the Labor primaries by Barak 10 years ago, is leading in the polls, but if Herzog manages to win enough votes for a second round (at least 40% of all votes are needed to win in the first round), he may yet surprise everyone and win again.

Herzog's election campaign is not based on his personality, but on his promise to forge a large political bloc uniting many different factions of the center-left in order to bring down Netanyahu. Herzog plans to hold open primaries to determine who will head the bloc. He is said to be cooperating with Barak behind the scenes; Barak then could take advantage of the opportunity to present himself as the senior candidate. What will be the components of this new bloc? That is not at all clear, not that it really matters. Barak has close ties with several extra-parliamentary nongovernmental organizations made up of former officers and successful businessmen, who want to replace the current government. He has also held quite a few meetings with Zionist Camp co-leader Tzipi Livni.

Barak is an expert in giving the impression of creating a "bloc" or "unity." He did something similar on the eve of the 1999 election. What he needs now is for the many candidates for the role of Labor Party chairperson to continue to tread in place in the polls. He then hopes to complete his current round of reconciliation with the Israeli center-left. If all these terms come to pass, he will launch a vigorous attack to create the "big bloc."

"Cherry blossom season": That's how Barak once described the surprising but quiet rise of Netanyahu in 1996. Now he hopes for his own final cherry blossom season. But what Barak wants even more than that is to reconcile with the Israeli public. The question is whether this desire is mutual. At this point, that remains the great unknown.