The Popular Mobilization Units and their political blocs demand that the security of the capital be handed to the PMU and that the Baghdad Operations Command be disbanded for its failure to maintain security. 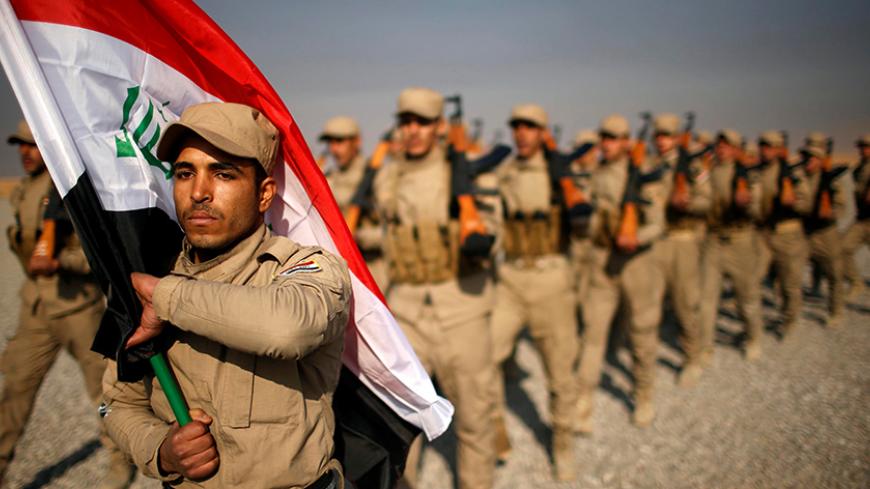 BAGHDAD — As violence escalated in Baghdad over the past few days, with several areas being targeted by bomb-rigged vehicles, members of the Popular Mobilization Units (PMU) have called for the capital's security dossier to be handed over to them.

In late May, a series of explosions targeted civilians in Baghdad. Most notably, a car bomb attack targeted an ice cream shop on May 29 in Karrada district, killing 11 people and wounding 47.

According to UN statistics, 86 civilians were killed and 226 others were wounded in Baghdad as a result of terrorist attacks and armed clashes in May.

On May 30, Kazem al-Sayadi, a member of parliament from the State of Law Coalition led by Nouri al-Maliki (who claims he established the PMU), called on “referring the entire security system in Baghdad to the courts and dismissing security officers, as well as suspending the Baghdad Operations Command and handing over the capital’s security dossier to the PMU.”

Hassan Salem, a member of parliament from al-Sadiqoun bloc affiliated with Asaib Ahl al-Haq, said there was a need to involve the PMU in the work of the Baghdad Operations Command to help protect the capital, especially in popular markets and crowded areas.

Such calls were expected from Sayadi and Salem, both of whom are members the Shiite National Alliance, which includes all PMU leaders and factions. However, Christian member of parliament Emad Youhanna surprised everyone May 30 when he called for suspending the Baghdad Operations Command and handing over the security dossier to the PMU, especially since he had previously accused the PMU of seizing the houses of Christians in Iraq.

Maj. Gen. Emad Allow, a retired general and adviser to the European Center for Counterterrorism and Intelligence Studies, told Al-Monitor, “The request to hand over Baghdad’s security dossier to the PMU has been suggested several times. Yet I do not believe the PMU will be able to handle this mission because Baghdad’s security requires efforts on the police and intelligence levels, not the military one.”

He added, “The PMU is organized in a semi-military manner and it is not trained to maintain security within cities. In addition, taking over this dossier may raise some sectarian and political issues.”

However, Allow agrees with the statements made by Salem on the need for the PMU to coordinate with the Baghdad Operations Command to exchange intelligence information because “the Interior Ministry is unable to control security by itself.”

There seems to be an attempt by the predominantly Shiite National Alliance that has the majority in parliament to dismantle the Baghdad Operations Command, founded in 2007, so the PMU can take full charge of the security dossier or give the Interior Ministry the power to handle it.

On May 31, a member of parliament from the National Alliance, Faleh al-Khazali, called on the commander in chief of the armed forces, Prime Minister Haider al-Abadi, to dissolve the Baghdad Operations Command and hand over the security dossier to the Interior Ministry.

On May 8, before these calls were made, the Baghdad Operations Command had added the PMU’s slogan to a banner that includes the slogan of each security agency working under the command's umbrella. This shows that the PMU was going to be participating in maintaining security in the Iraqi capital.

The National Alliance is pressing the government by trying to replace the Baghdad Operations Command with the PMU, but it seems that its main demand is for the capital’s dossier to be handed to the Interior Ministry and give the interior minister, who will one way or another be affiliated to the PMU, greater powers.

There is a fear that handing over Baghdad’s security dossier to the PMU would result in society's militarization. However, Mohamed al-Sayhoud, a member of parliament for the State of Law Coalition, believes otherwise and wants to give the PMU the responsibility for Baghdad’s security.

On May 30, Sayhoud said in a press statement, “The PMU has the expertise to maintain security in Baghdad, as it is an official force affiliated with the commander in chief of the armed forces.”

The PMU is a great force with the ability to fight on the military battlefield, but it may not be able to control the situation inside Baghdad in terms of maintaining its security and dealing with citizens, especially since the PMU essentially is of one sectarian color (Shiite Muslim); this is why local and international human rights organizations will be keeping a close eye on PMU actions in the capital.

Also, no one can guarantee that the PMU will not be used by a certain party to impose its own military or political influence within the capital. The majority of the PMU’s leaders claim to be working under the Iraqi state’s umbrella, but they believe in doctrines that go beyond the borders of the Iraqi state, and some are directly affiliated with Iranian Supreme Leader Ayatollah Ali Khamenei.

In a nutshell, the PMU should be calmly dealt with during the post-Islamic State (IS) phase without provoking it. If the PMU is not allowed to control the security situation in Baghdad, it will carry on with its armed action in the capital, which will put the Iraqi security services in a pickle. On the other hand, if the PMU takes over the security dossier in the capital, it could easily use this authority to impose its political influence over Baghdad.