Sunni and Shiite officials trade accusations over recent forced disappearances of Iraqi civilians, which has fueled more sectarian strife in the country. 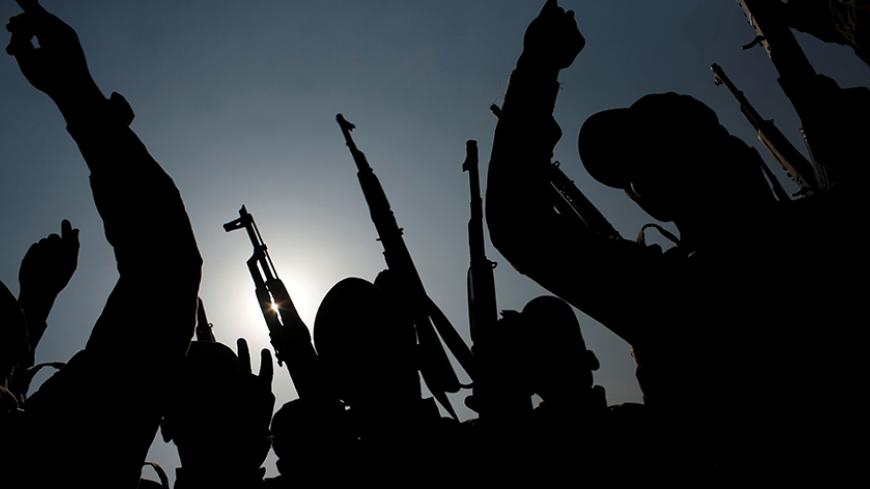 BAGHDAD — The Iraqi Observatory for Human Rights reported May 3 that more than a thousand civilians were forcibly disappeared in the battle to regain control over Mosul that began Oct. 17, and in the Anbar operations that were launched July 13, 2015. This is in line with statements made by Yehya al-Mohammadi, a member of the Anbar provincial council, who said in a press statement April 25, “The fate of hundreds of the kidnapped people in the Razaza area, south of the governorate, is still unknown.”

In the same context, the governor of al-Hadar district in Mosul, Ali al-Ahmadi, said in a press statement May 2 that “160 young men were kidnapped while migrating from the district.”

Aside from these statements, there were no official statistics — and the information about the number of the abductees is conflicting, which provoked controversy.

Members of parliament in the Sunni-dominated Salahuddin governorate told the media May 1 that “there are 4,000 abductees from the governorate” and threatened to internationalize the case. Meanwhile, member of parliament for the Anbar governorate Hamed al-Mutlaq said May 2 in a press statement, “The number of the kidnapped in the Sunni areas — including Anbar, Baghdad, Diyala and Salahuddin — amounts to more than 5,000 abductees.”

Mutlaq’s statement that the kidnapped people hail from Sunni-dominated areas is an insinuation that the abduction was carried out at the hands of “Shiite parties.” For his part, Mohammed al-Karbouli, a Sunni Iraqi parliamentarian, was decisive in his media statements April 21 when he called for “the release of the 2,900 Sunni abductees detained by the Iraqi Hezbollah militia.”

Vice President Osama al-Nujaifi at the end of 2016 discussed the "issue of the abductees with the PMU [Popular Mobilization Units] leaders.” But as the issue is not resolved, Sunni parliamentarians and tribal sheikhs state that the kidnapped are detained in prison in Jurf al-Sakhar, south of Baghdad, which is controlled by the PMU. These statements, however, remain “without … evidence,” according to Brig. Gen. Saad Maan, spokesman for the Ministry of Interior.

“The talk about the secret prisons is designed to affect the morale of fighters,” Maan told Al-Monitor. He stressed that “all prisons are under the supervision of the Ministry of Justice, and human rights and international justice organizations.”

“Joint committees have been formed in the governorates that are liberated from the Islamic State [IS] to collect information on IS suspects, who would be arrested as per judicial orders,” Maan added.

On July 14, 2016, the judiciary said in a statement that “the courts across the country released 3,456 detainees who had been charged as per Article 4 of the Anti-Terrorism Law” — but have not been found guilty.

Since the vast majority of statements on abductees are issued by Sunni parties and concern “Sunni abductees,” the issue seems to have taken a sectarian turn.

Sunni parliamentarian Talal Hussein al-Zoabaie, head of the Iraq Civilization Bloc, said in a press statement May 2, “Many people in the Sunni areas have been subjected to forced disappearance.”

On the other hand, there have been kidnappings of “Shiites” in Sunni areas, which raises the question of whether this is a result of mutual retaliation actions such as the kidnapping of 15 Shiite truck drivers in the Sunni-dominated Ar-Rahaliyah area in Anbar on Feb. 17.

The release of 26 Qatari nationals (Sunnis) who were kidnapped in December 2015 in the predominantly Shiite desert area of southern Iraq has prompted the families of the kidnapped to call for the release of their detained sons.

In a similar context, Sunni parliamentarian Raad al-Dahlaki told Al-Monitor, “Sunni parliamentarians have documented files in parliament about the forced disappearance of thousands of people in Sunni areas, in Ninevah, Salahuddin, the Razazah area of Ramadi, Diyala and Baghdad’s Sunni peripheries, at the hands of irregular armed forces affiliated with political parties.”

“Prime Minister Haidar al-Abadi promised to investigate the issue of forced disappearance, but there have been no concrete measures so far. There is a deep state in Iraq carrying out these acts away from the government’s official policy, aiming to make demographic changes and to intimidate Sunnis,” Dahlaki said.

In a statement to Al-Monitor, Mohamed al-Sayhoud, a Shiite parliamentarian for the State of Law Coalition, refuted Dahlaki’s comments, saying: “Those parliamentarians are inciting sectarian hatred with their false accusations against the security and PMU forces. The goal behind these statements is to gain votes in the upcoming elections in the IS-liberated areas.”

In the same vein, PMU leader Moin al-Khadimi told Al-Monitor, “The detention centers in the liberated areas are under the supervision of the Joint Operations Command and the commander-in-chief of the armed forces. The PMU does not interfere with the detention procedures.”

The mutual accusations and statements between Shiite and Sunni officials necessitate transparency actions to uncover the facts and prevent any propaganda that would further fuel the sectarian strife in the country.

The first step in this direction would be to allow international organizations and unbiased parties access to the prisons across the country and to inspect the areas where abductees are suspected to be detained.