Egypt steps up efforts to extradite Brotherhood fugitives from UK

With the recent terrorist attacks in England, Egypt is hoping Britain will change its stance and agree to extradite members of the Muslim Brotherhood, which Egypt considers a terrorist group. 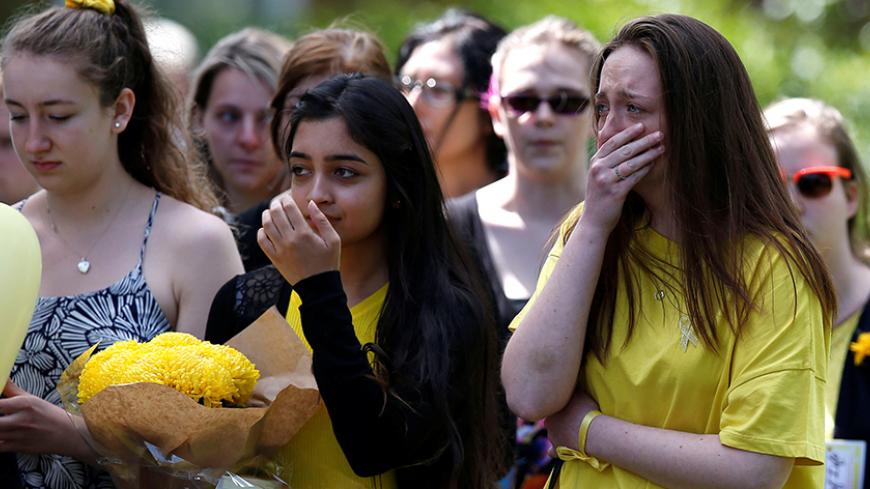 After the spate of devastating terrorist attacks in Britain, Cairo officials are hoping London will agree to extradite wanted Muslim Brotherhood leaders who sought refuge in the United Kingdom after Egyptian President Mohammed Morsi was ousted in 2013. Egypt has outlawed the group as a terrorist organization.

Egyptian politicians and parliamentarians, who have always pointed to the dangers of the Muslim Brotherhood's presence in the United Kingdom, are reiterating their calls for cooperation. The day after the Manchester bombing, the Egyptian parliament's Arab Affairs Committee issued a statement that read, "It is time for the British government to be aware that embracing extremists will not ward off threats of terrorism." Most likely, the committee was referring to the Muslim Brotherhood by using the term "extremists."

Parliament member Tariq al-Kholi, secretary of the Foreign Affairs Committee, said June 4 of the London Bridge attacks on Facebook, "If only they had listened to reason! It is the innocent British people who are paying the price."

In his post, Kholi recounted what had happened when he met Crispin Blunt, head of the British Parliament's Foreign Affairs Committee, during an Egyptian parliamentary delegation's visit to Britain in November. During the visit, Kholi said he warned Blunt against what he called "Britain's support for the Brotherhood."

"We came here to warn you against betting on the Muslim Brotherhood; this is tantamount to playing with fire. This is dangerous to Britain and not to Egypt, which overcame its danger," Kholi told Blunt.

In the absence of an Egyptian-British extradition agreement, many Egyptian civil servants in former President Hosni Mubarak's regime who were convicted of corruption fled to the UK after the January 25 Revolution in 2011, including former Finance Minister Youssef Boutros Ghali and Magdi Rasekh, a member of the dissolved National Democratic Party. Moreover, a large number of Muslim Brotherhood leaders and members also fled to Britain after the June 30 Revolution in 2013 and Morsi's ouster days later.

Asked why the Muslim Brotherhood is not banned in Britain and why it has yet to be classified as a terrorist group, Halbawi said, "This may be the result of the group's influence over the significant Muslim population in the UK. The Muslim Brotherhood has chosen Britain as the headquarters of its international organization since the 1970s, given the global spread of the English language compared to other European languages, making it easier for it to connect with the large Muslim population in the UK, [which is] estimated at more than 2 million people."

He added, "In London, Muslim Brotherhood members were able to excel in the fields of investment and academic education. Britain gives its citizens a large margin of freedom and does not prohibit the adoption of political Islam; the state instead imposes targeted sanctions against individuals in cases of violence."

The UK also has not classified Hamas and Hezbollah as terrorist groups, only their military wings.

"This is despite the fact that the Brotherhood has an armed wing like Hamas and Hezbollah do, as was apparent in Brotherhood demonstrations following June 30, 2013 — something documented in audio and video recordings," Lawandi added, arguing that Britain is "using these [asylum seekers] as a tool to press for its interests in certain countries."

In August, the British Home Office, the ministry that handles immigration and security, issued a new guidance on applications for political asylum. According to the directive, Brotherhood members "with a high profile … or who have been politically active, particularly in demonstrations," as well as "high-profile supporters or those perceived to support the Muslim Brotherhood" may be granted asylum if they can show they are at risk of persecution.

Britain has extradition agreements with 144 countries, including European Union states, while it has no extradition agreements with dozens of others. The latter group includes several countries in which the Muslim Brotherhood or political Islam is present — Egypt, Kuwait, Oman, Qatar, Saudi Arabia, Yemen and Afghanistan — and two countries with which the UK has strained relations, China and Iran. The UK has hosted members of a number of opposition groups such as the National Council of Resistance of Iran, opposed to the Iranian regime, in addition to Russian dissidents such as journalist Yelena Tregubova and former Russian intelligence operative Alexander Litvinenko.

Al-Monitor repeatedly tried, to no avail, to contact Egyptian Foreign Ministry spokesman Ahmed Abu Zeid to learn about the ministry's efforts to persuade British officials to ban the Muslim Brotherhood and hand over its wanted leaders and supporters.

A former Egyptian diplomatic source in Britain close to the ministry's decision-making circles told Al-Monitor on condition of anonymity, "Egypt has been patient in trying to convince the British government to ban the Muslim Brotherhood and hand over its wanted members, but we do not expect quick results. Any serious moves in this regard will not be announced, because that would tip off these fugitives to leave Britain before being handed over."

Currently, the presence of Brotherhood members is justified under British laws, the absence of extradition agreements and a wide scope of freedom of thought, including political Islam. Those circumstances might very well change as the UK's interests change. The British political and cultural community is pressuring the British government and the House of Commons to ban the Brotherhood and expel its members. According to some Arabic media outlets, investigations into the Manchester bombing found that one of the perpetrators has links with the Muslim Brotherhood; however, the Brotherhood condemned the attack.

British journalist Roger Boyes published an opinion piece June 7 in The Times newspaper titled "Banning the Brotherhood will make us safer." On the same day, Paul Nuttall, then the leader of the rightist UK Independence Party, called in a press statement for classifying the Muslim Brotherhood as a terrorist group.