Here is the key question that very few Turks ask: Should disrespectful speech about an important person constitute a crime? 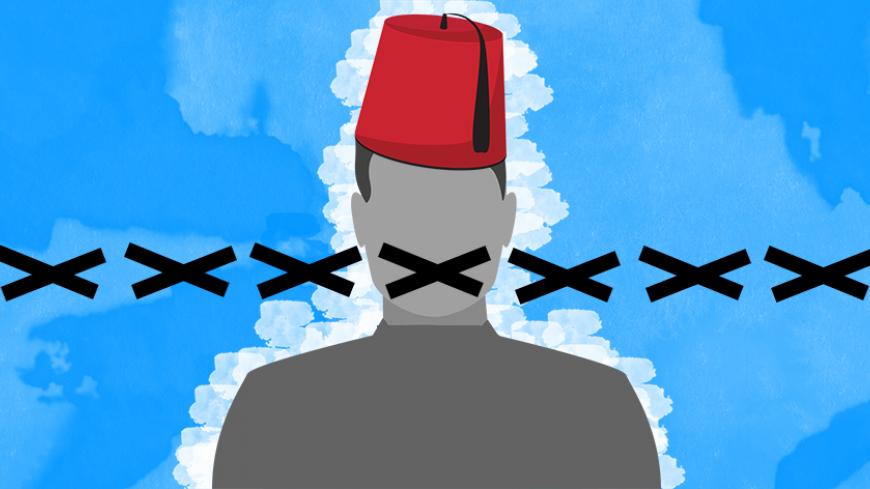 On May 6, TV Net, one of the many pro-government news channels in Turkey, aired the weekly show “Deep History.” The show’s usual hosts, popular history writers Mustafa Armagan and Yavuz Bahadiroglu, hosted Suleyman Yesilyurt, who has published several “investigative” books on Turkish history that are full of racist conspiracy theories about the plots of “crypto Jews” or “crypto Armenians.”

These three talking heads, who all fall into the conservative/Islamic side of Turkish socio-politics, probed into a sensitive topic: the private life of Mustafa Kemal Ataturk, the founder and first president of Turkey. They claimed that Ataturk had a “hall of lovers,” and Yesilyurt even threw out speculation that Afet Inan — Ataturk’s famous foster child — was, in fact, his “illegitimate wife.” The two hosts seemed to agree, and the editor of the show wrote on the screen that Inan, a most respected female figure of the early republic, could well be “the unmarried first lady of the republic.”

Reactions began to pour in soon after the show aired. The three men were widely condemned on social media for “insulting Ataturk,” which is a serious crime in Turkey (a penal code article states that “anyone who publicly insults or curses the memory of Ataturk shall be imprisoned with a heavy sentence of between one and three years"). Various opinion leaders, including Prime Minister Binali Yildirim and main opposition leader Kemal Kilicdaroglu, harshly condemned the commentators. Kilicdaroglu said, “They are traitors; in fact, they are not even human.” A pre-planned speech by Armagan at Istanbul University was canceled, and students there protested, “We are the soldiers of Ataturk.” A secularist lawyer who for many years led the Istanbul Bar Association even condemned the offense against Ataturk as a “CIA project.”

Soon after, an Istanbul prosecutor opened an investigation into the case and ordered the arrest of Yesilyurt, who was detained on May 12. Many people in the press and social media kept asking why the two other men on the show were not arrested as well.

Meanwhile, another incident of insulting Ataturk — a viler one — was discovered on social media. It was an online video comment by Hasan Akar, a figure in the Islamic Nur movement, in which he called the republic’s founder a “bastard.” Claiming that Ataturk’s mother, Zubeyde Hanim, was in fact “working at a brothel,” Akar was proud of his courage to say that “fact” out loud. His remarks added more to the public fury, and his arrest order followed soon as well.

All of these incidents pointed to a few interesting facts about Turkey.

First, the reactions in defense of Ataturk show that, despite all the post-Kemalist or even the anti-Kemalist drive of the past two decades, the persona of Ataturk is still widely respected in Turkey. It is notable that the “insults against Ataturk” were condemned not just by self-defined “Ataturkists,” such as the main opposition party, but also by the ruling Justice and Development Party (AKP) and various pro-AKP pundits. Even if some of the latter could merely be giving lip service to Ataturk, it is notable that they feel as if they have to.

On the other hand, the speculation by Yesilyurt and Akar show how much bilge has been produced among Turkey’s religious conservatives about Ataturk over the past century. Their provocative remarks are actually rumors that have been silently whispered in some Islamic circles for decades. It seems that the reaction to Kemalism — the ideology and political system founded by Ataturk — has turned into enmity against the persona of Ataturk and led to the rise of nasty “alternative facts” about him and his family.

In my view, there is no doubt that such sheer disrespect about the nation’s founder must be morally condemned. It was nice to see that such condemnations came from some sane and sound Islamic figures. One of them was female Islamic writer Cihan Aktas, who defended the honor of Ataturk’s mother. “It is shameful to attack the honor of a woman who cannot defend herself,” she wrote on Twitter. “It is bizarre to use such ugly gossip to criticize an era.”

However, there is another question here: Should disrespectful speech about an important person constitute a crime? Is there any chance we can condemn it on the moral level but accept its legal right to exist out of respect for free speech?

These are very unusual questions for Turkey, where both the laws of the state and the culture of society eagerly penalize disrespect. That is why Ataturk’s honor is protected by a special law. That is why the Turkish penal code also decrees prison sentences up to four years for “insulting the President of the Republic” — a clause that is used very frequently by President Recep Tayyip Erdogan's lawyers. Similarly, “degrading the Turkish Nation, State of Turkish Republic, the Organs and Institutions of the State” are all banned by Turkey’s penal code.

The problem is that all major camps seem happy with these laws and are eager to use them to punish the speech that is offensive to their beloved figures, whether that may be Erdogan or Ataturk. A rare liberal voice that criticized this common illiberalism, Demokrat Yargi Dernegi (Democrat Judiciary Society), argued on Twitter that Kemalists should not call for the arrest of “those who ‘insult’ Ataturk,” for otherwise, they cannot oppose the arrest of “those who ‘insult’ Erdogan.” But such principled calls often fall on deaf ears in Turkey, as it did in this case.