If speculation is true that American pastor Andrew Brunson is being held as leverage for the extradition of Turkish cleric Fethullah Gulen and Iranian-Turkish gold trader Reza Zarrab, it marks a new low for Turkey. 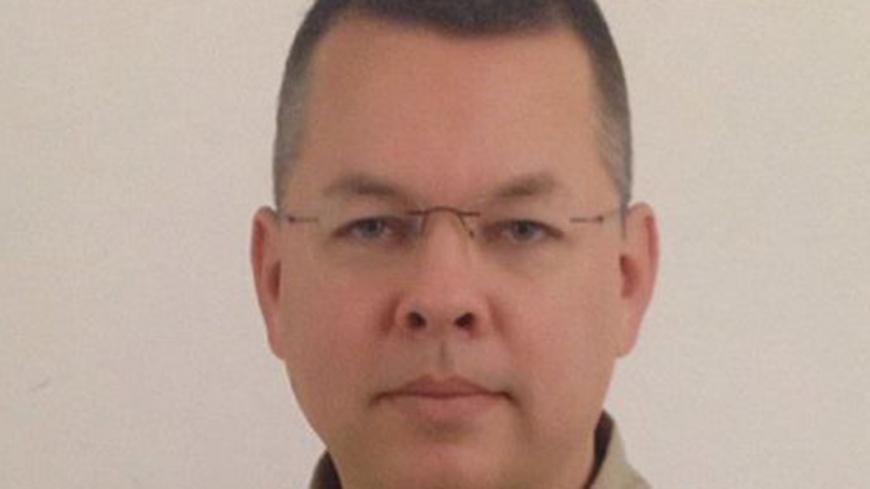 American pastor Andrew Brunson has been held in a Turkish prison since Oct. 7, 2016, after being arrested over alleged missionary activities in support of terrorist organizations. - Facebook/FreePastorAndrew

“Andrew is extremely discouraged and really really needs your prayers!”

The May 27 post on the joint Facebook page of pastor Andrew Brunson and his wife, Norine, suggests that US President Donald Trump’s efforts to secure the American cleric’s freedom from a Turkish jail aren’t going well.

Brunson, a native of North Carolina, has remained in prison since Oct. 7 after being arrested over his alleged missionary activities in support of terror organizations. Trump raised his case with Turkish President Recep Tayyip Erdogan during their 23-minute meeting at the White House on May 16, raising hopes that he would be freed and allowed to return home.

But a story calling Brunson a CIA operative that was splashed on the front page of the Turkish daily Takvim just four days after the presidents met was an ominous signal that the pastor won’t be leaving anytime soon. The newspaper claimed that Brunson ran “an extensive intelligence network” and that had the July coup attempt succeeded, he would have been made director of the CIA.

Takvim echoed prosecutors' charges that not only was Brunson in league with Fethullah Gulen, the Pennsylvania-based Turkish cleric who is accused of plotting the putsch, he was also providing “material and moral support” to the Kurdistan Workers Party (PKK), an outlawed Kurdish militant group that is fighting Turkish security forces for Kurdish self-rule inside Turkey.

Brunson’s wife, who was picked up with him but released 13 days later, has denied all the accusations. A fellow pastor interviewed by Al-Monitor also vouched for his innocence.

Smear tactics and plain old fabrication are nothing unusual for the pro-government Turkish press. Takvim is owned by the Turkuvuaz media group, which is run by the brother of Energy Minister Berat Albayrak, who is Erdogan’s son-in-law and seen as his most trusted lieutenant.

Albayrak is widely rumored to use Takvim and its flagship Sabah to push the government narrative, and the spate of incriminating articles about Brunson bodes ill. Takvim's editor-in-chief, Ergun Diler, was in the media gaggle accompanying Erdogan on his Washington trip and he claimed in a column that Brunson’s “training as an agent” had helped him fend off an assassination attempt in 2011.

Aykan Erdemir, a former Turkish opposition lawmaker and a senior fellow at the Foundation for Defense of Democracies, believes Brunson may have become a bargaining chip in Turkey’s tattered relations with the United States. He told Al-Monitor, “The Turkish government has no intention of providing Pastor Brunson a fair trial. Ankara sees Pastor Brunson as a hostage that they can use as leverage in their relations with the United States. It is clear that Erdogan's inner circle has little understanding of the dynamics of US politics and the damage the imprisoned US pastor can cause in bilateral relations.”

Turkey is demanding Gulen’s extradition and there is mounting speculation that Brunson’s detention is linked to the United States’ continued refusal to hand over Gulen and Iranian-Turkish gold trader Reza Zarrab, who is being tried in a federal court over an alleged sanctions-busting scheme to help Iran.

If so, it marks a new low in Turkey’s international behavior. Detaining Westerners on trumped-up charges as a means of extracting concessions in exchange for their release is a tactic employed by Iran and other rogue regimes.

Erdogan raised eyebrows earlier this week when he suggested to parliamentarians from his Justice and Development Party that Turkey could play dirty with countries that refused to comply with Turkey’s demands to extradite Turkish nationals accused of links to the Gulenists and other outlawed outfits. “I am calling out to the whole world. I am saying that if you don’t help us … know that if your own [citizens] fall into our hands someday, you will not be able to get them back.”

Brunson’s case has drawn attention in Congress, but to little effect. In February, a bipartisan letter from the Senate Foreign Relations Committee and the House of Representatives Foreign Affairs Committee signed by 78 lawmakers called for his unconditional release.

Republican Sen. James Lankford, who has taken a personal interest in Brunson’s case, noted in an interview with Fox News, “There is a way to be able to resolve this. If [Turkey is] having concern about this United States citizen, deport them … but not just hold them indefinitely with detention.”

Turkey seems to be doing just that, to Brunson as well as tens of thousands of Turkish detainees who have yet to even be given a courtroom hearing.

Brunson will need more than prayers to get out.

[EDITOR'S NOTE: An earlier version of this story read that Norine Brunson was released two days after their arrest. Al-Monitor regrets the error.]