US pastor in Turkish jail while Gulen dominates talks

Turkey’s prime minister has asked the US president-elect to hand over exiled cleric Fethullah Gulen in the interest of furthering US-Turkey relations even as Ankara continues to hold American pastor Andrew Brunson on terror charges. 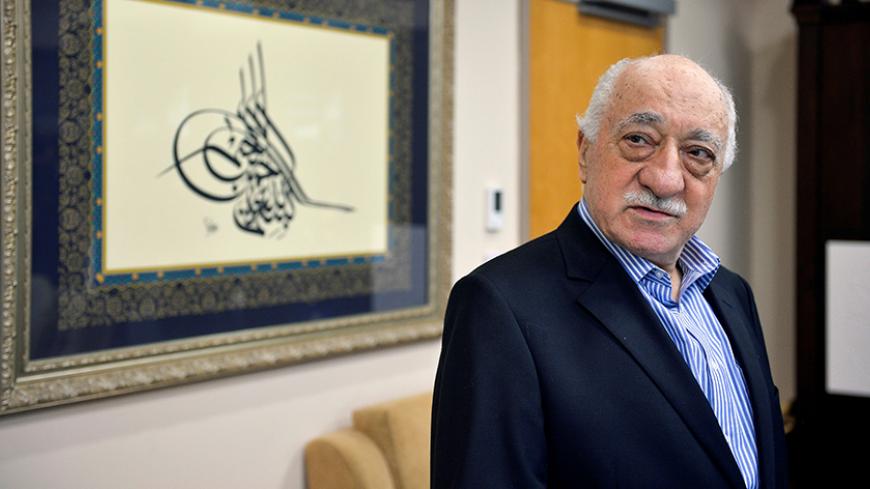 Turkey’s Prime Minister Binali Yildirim called on US President-elect Donald Trump today to extradite Fethullah Gulen, the Pennsylania-based Sunni cleric who was named as the mastermind of the July 15 coup attempt. Yildirim told a news conference that Gulen's delivery to the Turkish authorities would help improve stormy relations between the two NATO allies.

Turkish officials who spoke on strict condition of anonymity told Al-Monitor that they had been flooded with letters about Brunson’s plight, including many from Congress.

In a stiff editorial for Fox News, Republican Sen. James Lankford of Oklahama aired their concerns, saying that Turkey had yet to provide compelling evidence of the pastor’s guilt.

Brunson, who led a small flock of Protestants in the western port city of Izmir for more than 20 years, was detained Oct. 7 with his wife Norine and held incommunicado until her release 13 days later. At an initial hearing Dec. 9, Brunson was charged with membership in an armed terrorist organization, and the officiating judge mentioned Gulen. Brunson continues to be held at the Sakran detention facility in Izmir and his lawyer is being denied access to his file.

The terrorism charges against the pastor were based on a tip from a secret informant, the judge said. Sources familiar with the case speaking on condition that they not be identified by name told Al-Monitor that the informant was an individual who had accompanied Brunson on a recent trip to the mainly Kurdish city of Diyarbakir, where they had a falling out.

Brunson’s longtime friend and fellow pastor Ahmet Guvener of the Diyarbakir Evangelical Church expressed doubt about this story in a Skype interview with Al-Monitor, saying, “I have known Andrew for 20 years. He is an extremely peaceful God-fearing man. It’s unthinkable that he would quarrel with anyone. And it’s unthinkable that he would have links with this or that terrorist organization."

Pressure on missionaries is nothing new in Turkey. They were formally branded threats to national security until the ruling Justice and Development Party took power in 2002 and launched a raft of sweeping reforms aimed at winning membership to the European Union. They included restituting properties seized from the Armenian and Greek Orthodox churches and allowing Protestants to open at least 15 houses of worship. In 2015, the Great Synagogue in the Thracian city of Edirne was reopened upon completion of a five-year restoration project financed by the government.

To be sure, the AKP has been credited with doing more for non-Muslim communities than any of its predecessors. But the mood has turned ugly since the July 15 coup. Tens of thousands of people have been arrested on often thinly supported accusations of ties to Gulen and countless likely innocents like Brunson have been caught in the net.

Guvener said he would be demanding police protection for Sunday mass. “The climate is such that we worry for the safety of our congregation,” he explained. Fellow clergy worldwide share those worries.

Lankford warned that the United States will be watching.

“Turkey should consider carefully how it handles the case of Pastor Brunson,” he wrote. “America cares deeply about how our people are treated across the world, and we are watching closely. … America sees this both as a matter of religious freedom and safety for its citizens. If this is how Turkey treats an American like Andrew Brunson, other Americans will hesitate before taking their business to Turkey.”