How one Palestinian couple hopes to bring back mosaic art

Journalist Said al-Ghazali from Jerusalem turned his house into a museum to revive the art of mosaic that disappeared in the Palestinian territories. 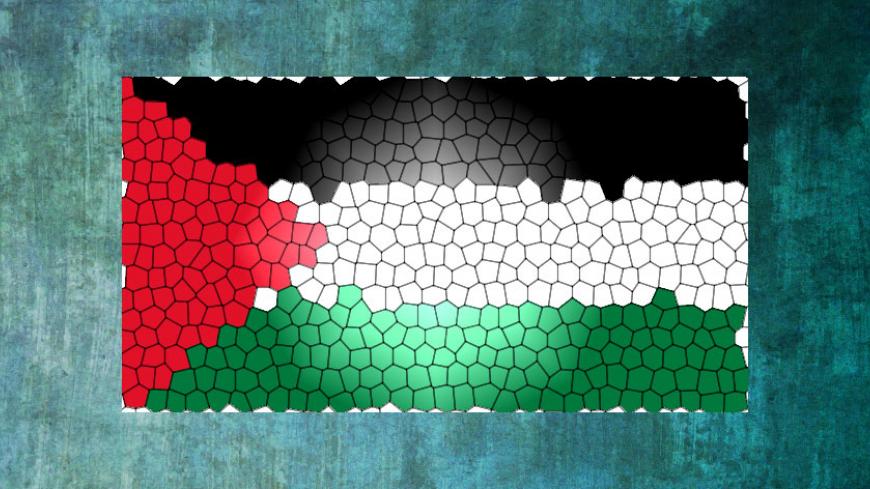 GAZA CITY, Gaza Strip — The house of Said al-Ghazali, 63, in Silwan town south of Al-Aqsa Mosque in Jerusalem gives the impression of being in the Italian city of Rome. Mosaic paintings — which Said handmade to reflect the art and architectural history of Rome after visiting there six months ago — cover his walls.

In early April, after continuous hard work since the beginning of 2017, Said managed to turn his house into an Italian mosaic museum to revive this art that disappeared in the Palestinian territories and in which people have shown no interest.

Mosaic is an ancient form of art that was used to cover the floors of a variety of buildings in Rome during the Roman Empire. This art requires great attention to detail and precision. It also includes using small pieces to decorate floor gaps and walls by fixating them to the tiles and other surfaces and forming various multicolored designs. Most mosaics are made of small, flat, roughly square pieces of stone or glass of different colors. These colored pieces are then laid out in a decorative way to express religious, artistic and traditional influential art.

After Said returned from Rome, he wanted to revive the ancient mosaic art that decorated the Dome of the Rock in Al-Aqsa Mosque. So he went to the dome to observe the designs that the Umayyads had painted in A.D 750. He also navigated the internet to learn the technique and discover the necessary tools.

Said told Al-Monitor, “Mosaic has lost its place in Palestinian territories because it requires peace of mind and economic capacities, which Palestinians do not have due to their tough economic and political circumstances. Mosaic has lost its old historic value, but I wanted to revive it because I love it and would like people to remember our ancient history.”

He added, “Producing a mosaic painting includes several stages. The first is choosing and sketching the design. After making sure that the sketch is flawless, it is printed on a special piece of fabric, which is more cohesive than paper and risks rupturing during the execution process. Then, I meticulously choose the colors and types of stones to be used. I draw the picture in my mind first and then start execution.”

Said started producing mosaics five months ago; he would produce one or two paintings a week, but as of April he started making four paintings per week.

He noted that his wife helped him a lot, saying, “My wife does sculpture works and cuts and empties fabric sketches. She accompanies me to caves in the West Bank and Jerusalem to find the stones I need for my paintings.”

Said, a Jerusalem-based journalist working with local foreign agencies, such as The Associated Press, uses for his art stones that are 100% natural and do not add any color pigments. His stones are purely Palestinian. He collects them from Jerusalem and Hebron in the south of the West Bank, and the village of Jamain, in southeast Nablus, known for its strong and high-quality stones.

He explained that the stones he uses in his mosaics are smooth, veinless, rocky stones of various natural colors, pointing out that the older a mosaic painting is the more beautiful and valuable it is.

Said uses white liquid glue to assemble the pieces on the sketch painting. This requires patience, accuracy and tolerance to produce a beautiful and creative painting or design.

He said he uses his free time to complete mosaic works and produce new mesmerizing pieces. “These beautiful pieces of art are disappearing due to lack of interest in them and their high cost, as producing a mosaic painting costs up to 400 shekels [$100],” he said.

Sanaa al-Ghazali, 56, Said’s wife and partner in mosaic work, told Al-Monitor, “When my husband began painting five months ago, I noticed that he is always preoccupied with collecting and assembling stones. I decided to spend my free time with him to help around. I fell in love with mosaic painting after seeing the beautiful art pieces he draws.”

She added, “Practice makes perfect. We created pieces that impressed our friends, neighbors and relatives and became a partial source of income. From paintings to boxes and small tables and even plates and national paintings, we had our hands full.”

Said said he displays 80 paintings in his own exhibition he created in his house, pointing out that he does not sell many of these paintings because of their high prices, starting from $100 and reaching up to thousands of dollars according to the size of the painting and the raw materials used.

“When we enter the small workshop in our house and begin working, we lose track of time. We do not stop until we finish the painting or architectural form we had decided on. A painting takes 14 days of meticulous work, and we keep it in our art room,” Sanaa explained.

Said and his wife want to hold an expo for their current and future paintings and other artistic pieces. But this would require a large number of pieces and financial effort, which they lack. There are no supportive parties. Still, Said wants to paint large murals to express his thoughts through different mosaic forms.

Mosaics have a history of thousands of years. This art is likely to have been first used by the Sumerians. It then spread to Ancient Rome, where mosaic pieces decorated palaces and temples. The art flourished in the Byzantine Empire and was passed on to Muslims, who used this art to decorate the Dome of the Rock in Jerusalem.

It should be noted that Palestinian and international experts working on the restoration of the Nativity Church in Bethlehem discovered in 2016 a mosaic angel painting described as a valuable archaeological treasure inside the church, which was built in A.D. 335 during the era of Saint Helena, the mother of the Roman Emperor Constantine the Great.