US President Donald Trump displayed his gift as a salesman while visiting Israel and Palestine and pushing his plans for a solution to the conflict. 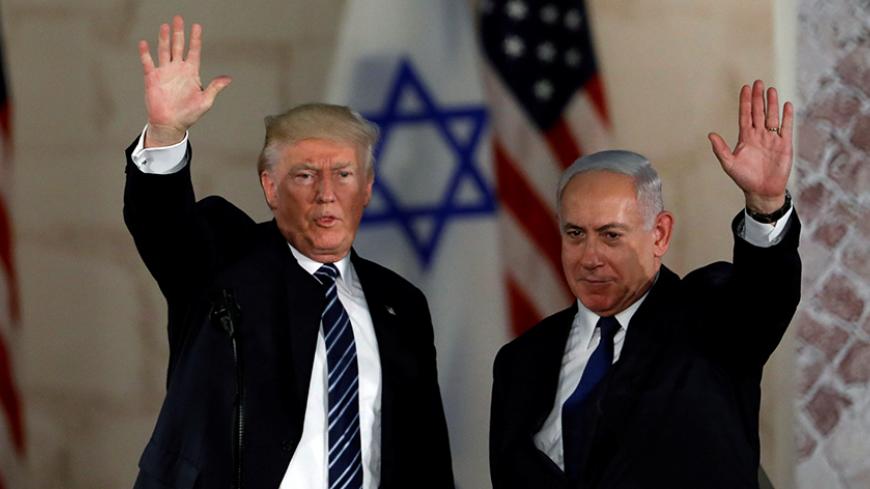 After he delivered what was considered in Israel to be a dream speech at the Israel Museum in Jerusalem on May 23, US President Donald Trump met with member of Knesset Isaac Herzog, the chairman of the opposition. Herzog promised Trump that the Zionist Camp would give the prime minister a political safety net if he leads a diplomatic process with the Palestinians, and he got the impression that the American president is determined to create a breakthrough.

On his Facebook page, Herzog wrote about the meeting, “The president again clarified that he is determined to push for peace in the Middle East … and I got the impression that the president and staff are determined not to let go of the vision of peace he presented in Riyadh and in Jerusalem.” In interviews with the press, Herzog told of a true desire on the part of Trump and his son-in-law Jared Kushner to return Israel and the Palestinians to the negotiations table. In a conversation with Israeli Public Broadcasting Corporation, Herzog praised Trump for taking smart steps to neutralize fears and opposition from the two sides. Most importantly, according to Herzog, was that Trump declared to a right-wing government that Palestinian President Mahmoud Abbas wants peace and that he is a willing partner for dialogue. From Herzog’s point of view, this was very dramatic.

It seems that Herzog, one of the leaders of the left in Israel, left the quick meeting with an excellent feeling and was taken by the charm of the new American president — but he, too, wasn’t able to name any practical aspects of Trump’s diplomatic plan. He just estimated that Trump’s envoy, Jason Greenblatt, will come to the Middle East and continue the process, and that Trump will present an outline, saying that it could be a regional process or bringing the two sides into a room. Later, he admitted that it is unknown yet what the Trump process will entail.

This short and candid sentence at the end of the statement from the chairman of the opposition precisely sums up Trump’s first visit to the region. The American president won the hearts of many Israelis with his visit to the Western Wall and the Yad Vashem Holocaust Museum, his declarations of a strong alliance between the United States and Israel, his commitment to preventing Iran from holding nuclear weapons and his general talk about ending the conflict with the Palestinians.

Trump was careful not to step on landmines like construction in the settlements, and he did not even explicitly mention the two-state solution. On the other hand, he broke his promise to move the US Embassy to Jerusalem and gave the Palestinians a good feeling from his visit to the Palestinian Authority as well.

Israeli Prime Minister Benjamin Netanyahu was in an almost euphoric mood for the entire visit. During Trump’s friendly and embracing speech at the museum, Netanyahu could not hide his satisfaction, which was keenly reflected in his body language. In his many posts on Facebook, the prime minister wrote again and again that Trump is a “true friend.” On the first day of the visit, Netanyahu wrote, “An important meeting with President of the United States Donald Trump. I expressed my appreciation that he was the first sitting US president who visited the Western Wall and touched the ancient stones that are the foundation of our existence. A true friend of Israel.”

Ministers on the right went out of their way to praise the US president. Minister of Science Ofir Akunis surpassed himself, declaring after Trump’s speech, “I welcome the newest member of the Likud."

A former senior member of the political establishment who was invited to hear Trump’s speech told Al-Monitor on condition of anonymity of a great atmosphere in the hall and the excellent chemistry the president had with the Israelis: “Trump understood something very basic that [President Barack] Obama never got in all his years in office: the power of Jewish symbolism. He did the right thing and won their trust. Like a good businessman, he built himself a platform that enables him to make any move that he wants — to impose an agreement or not, to pressure Netanyahu or let him be.”

In his speech at the Israel Museum, Trump said that after his meeting with Abbas and with “my very good friend Benjamin,” he discovered that both are interested in peace. He added that “both sides will face tough decisions. But with determination, compromise and the belief that peace is possible, Israelis and Palestinians can make a deal.” What is the compromise? What is the agreement? And how could it be that everyone was satisfied with this visit — the Palestinians and the right and the left in Israel? There is no doubt that the sales skills of the US president helped him navigate the Middle East in the last few days and change the atmosphere.

The picture will become clearer in the coming weeks and months — and it will be far less glossy and euphoric for all the parties involved. When the slogans and speeches make their way to practical steps, to discussions of settlement construction (or construction freeze), borders, Palestinian refugees and Jerusalem, everyone will recall that there is no magic formula here.

Since he was elected to a second term as prime minister in 2009, Netanyahu has proven that he has significantly improved his maneuvering abilities in negotiations with the Palestinians, mainly to gain time. During these years, quite a few people believed that the chairman of the Likud is ready for painful decisions. Former Minister Tzipi Livni conducted talks with the Palestinians as Netanyahu’s emissary in 2013-14. Late President Shimon Peres conducted advanced negotiations on his behalf with Abbas in 2011. In these two cases, Netanyahu retreated before agreements were reached.

The prime minister has not changed his position since then. The changes in the Arab world, and especially growing Islamist terrorism, have buttressed his opinion that this is not the time for peace. If Trump — Israel’s “true friend” — is truly determined to bring about an agreement, he can expect much difficult work ahead.