Contrary to former Hamas political chief Khaled Meshaal, newly elected Ismail Haniyeh is perceived as more intimately connected to the Gaza Strip and its suffering and may stand a better chance of unifying Palestinians. 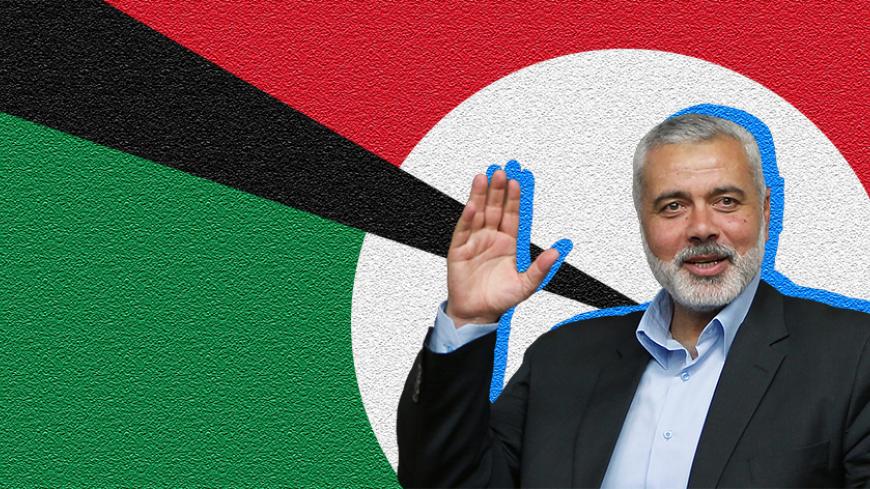 Ismail Haniyeh has been elected as expected to head the Hamas political bureau and thus become the supreme leader of the movement. Haniyeh defeated Mousa Abu Marzouk, one of the founders of the political bureau in the US state of Virginia. He headed the bureau until his arrest in July 1995 by the US immigration authorities, following an Israeli request for his extradition. Abu Marzouk had hoped to return to the top of Hamas’ political leadership, but on May 6, Haniyeh received a majority of the votes from the members of the movement’s supreme body, the Shura Council.

Haniyeh’s election represents closure for Hamas on two levels. Outgoing leader Khaled Meshaal had lived in Syria and then Qatar. Now, with the Meshaal era over, the movement’s leadership is returning to the Gaza Strip. In addition, the site on which the movement was founded by Sheikh Ahmed Yassin, the Shati refugee camp, is where Haniyeh was born.

There were those in Israel’s security system who used to belittle Haniyeh and call him by the nickname “the caretaker.” This is because Haniyeh, as head of Yassin’s bureau, was also responsible for the medical needs of the disabled sheikh. Now, 13 years after Yassin was killed, Haniyeh has been elected to the movement’s highest position. One of Haniyeh’s strengths is his amazing rhetorical ability, allowing him to stand in front of a crowd and speak to it just like a man on the street. But mainly he is well respected as a pragmatic person with his feet firmly on the ground. This image, in contrast with that of other Hamas leaders (such as Dr. Mahmoud a-Zahar), captivated the residents of the Gaza Strip and West Bank. In the 2006 elections, the rank and file voted for the “Change and Reform” bloc headed by Haniyeh, the man who would know how to deal with the enormous gap between the uncompromising Hamas Charter and a changing reality.

“He understands exactly what is going on and what is expected of him,” one of the associates of the leader-elect told Al-Monitor on condition of anonymity. This contact has been in Haniyeh’s inner circles since 2006, when he was elected prime minister. According to the contact, Haniyeh knows that his life mission is to pry open the closure on Gaza. He intends to devote his life to saving the Strip's residents from hunger because “he himself was born in a refugee camp in Gaza."

"That is where his family is planted, and that is where he intends to live until his dying day,” said the source.

Nevertheless, it is not clear whether Haniyeh will remain in Gaza to carry out his duties. After Israel assassinated Sheikh Yassin and his replacement Abd al-Aziz Rantisi in 2004, the movement’s leadership decided to move its activities outside the Palestinian territories, far away from the Israeli air force. But now, there could be a different reason to leave. The new leader has freedom of movement only outside the besieged Gaza Strip, and he needs that freedom to raise money from Arab states and from Islamic charities. The member of Haniyeh’s inner circle feels that the incoming leader will prefer to base himself in one of the Gulf countries, but “his real anchor will still be Gaza. That’s where he was born, and that’s where his people live.”

Haniyeh made a name for himself as a fundraising wizard who even superseded Abu Marzouk, who was also known for his remarkable ability to attract contributions from Islamic charitable funds throughout the world. Haniyeh has his feet on the ground, said his associate. He knows how to maneuver among all the forces that be — Israel, the Palestinian Authority, Egypt and Hamas’ military wing, the Izz ad-Din al-Qassam Brigades.

Haniyeh’s election has injected great optimism into the Fatah movement. Fatah leaders are well acquainted with Haniyeh, as opposed to Meshaal. Meshaal has lived his entire life outside the Palestinian territories, so the vast majority of Fatah activists have never even met him.

“Haniyeh is the ticket to reconciliation,” said a member of Fatah’s Revolutionary Council and former Gaza resident on condition of anonymity. He said that Haniyeh is very interested in reconciliation with Palestinian President Mahmoud Abbas, and has in fact been operating behind the scenes toward this end. Haniyeh realizes that the only way to save Gaza and extricate it from its blockade is by resolving the long crisis between the two organizations. This Fatah higher-up argued that Meshaal did not succeed in this task because he is a foreigner in the West Bank and Gaza and never really understood the distress of the Palestinians. “He only knows how to inflame the masses, to talk about jihad. And that others should fight in his stead. By contrast, Haniyeh knows that only Palestinian unity will benefit the Gaza residents and the Hamas movement that he now heads,” he added.

Al-Monitor has learned that Meshaal’s May 1 statement about Hamas’ readiness to recognize the 1967 lines as the borders of a future Palestinian state was planned in advance as the first stage in reconciling the organizations and as preparation for Haniyeh’s entrance into his new role. Meshaal did Haniyeh’s dirty work for him by making a levelheaded, moderate public statement. If Haniyeh had announced recognition of the ‘67 lines close to his election, it would have been perceived as a change in his personal viewpoint, and not a resolution by the entire movement. After consulting with Haniyeh and Abu Marzouk, Meshaal made his announcement to pave the way for the next elected leader to begin to make contacts with the Palestinian Authority for a real reconciliation. They also wanted to show the international community that Hamas can compromise.

Now, the new leader of the Hamas movement faces a giant hurdle. If he really desires reconciliation with Fatah and Abbas, who imposed sanctions on Gaza only about two weeks ago (by refusing to pay for its electricity and cutting the salaries of Fatah former employees in Gaza) — he will need to dismantle the Hamas army that was created after the coup in Gaza about a decade ago. Without this laying down of arms, Abbas cannot agree to a reconciliation. Will Haniyeh succeed in convincing the military wing? Can he convince Hamas military leaders Mohammed al-Deif and Yahya Sinwar that the lives of the Gaza residents are more important than keeping an armed military? This is the million-dollar question that even Haniyeh’s closest associates find hard to answer.