The reason Tehran's mayor dropped out of presidential race

Mohammad Bagher Ghalibaf, the Tehran mayor and one of the leading conservative candidates, withdraws from the presidential race in Iran. 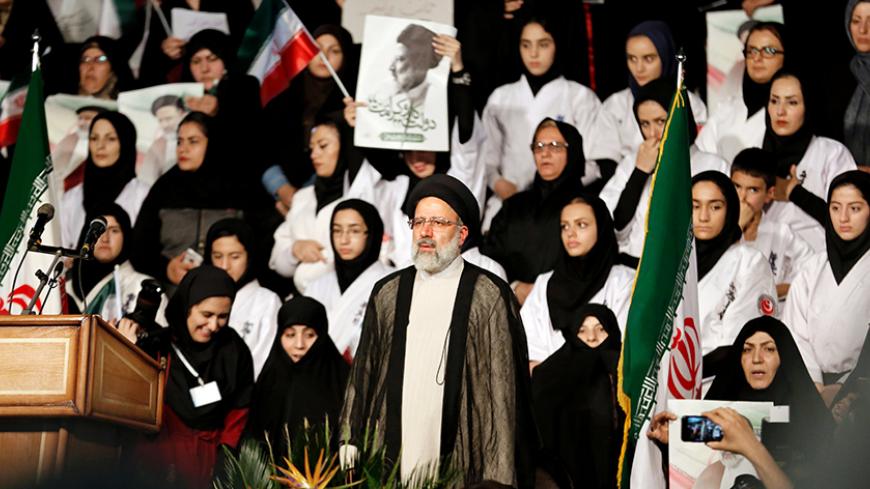 Ghalibaf, who had registered to run for the third time, announced that he is withdrawing in favor of conservative cleric Ebrahim Raisi.

Ghalibaf reached this decision following a meeting with Raisi on May 15. However, some prominent conservatives, including former chief nuclear negotiator Saeed Jalili, were opposed to such a move, opining that this withdrawal will not wholly turn out in favor of the conservative camp.

According to Gholam Hossein Karbaschi, a leading Reformist politician, Ghalibaf faced a steep decline in polls across Iran following the third and final presidential debate on May 12, when Rouhani threatened to reveal wrongdoings “in 2005,” without specifying what exactly he was referring to, in the face of Ghalibaf’s continued attacks. The Tehran mayor first ran for the presidency in 2005.

Karbaschi believes that even if Ghalibaf had not decided to withdraw, he would have placed third in the race, adding that not all of Ghalibaf’s supporters will rally behind Raisi since they would have backed the conservative cleric in the first place had he been their preference.

Moreover, Reformist activist Hamid Reza Jalaeipour believes that some of Ghalibaf’s votes will be transferred to Rouhani as some sections of the middle class were in favor of the Tehran mayor, while Raisi is not welcome among the middle class.

However, it seems as if Ghalibaf had decided to save himself from another failure to win a presidential election. According to reports circulating in Iranian media, Raisi’s team had reached an unwritten agreement with Ghalibaf before he went public with his withdrawal.

Raisi’s team had reportedly told Ghalibaf’s entourage that they would appoint him as first vice president if the conservative cleric is elected president. This decision was reportedly supposed to be announced on the evening of May 15, but nothing to that effect was made public. Rather, Raisi just declared that he would make use of Ghalibaf in his government.

According to the reports, the hard-line Endurance Front, which is behind Raisi, is seemingly opposed to Ghalibaf being appointed as first vice president and believes that Ali Nikzad, the campaign manager of Raisi and a former minister under former President Mahmoud Ahmadinejad, or Saeed Jalili deserve to be given the position.

Meanwhile, along with Ghalibaf’s withdrawal, reports emerged of the third conservative candidate, former Culture Minister Mostafa Mirsalim, stepping aside in support of Raisi. However, Mirsalim quickly refuted the reports, saying that he will stay to the end.

On the other side of the competition, many are expecting Reformist Eshaq Jahangiri, who is the current vice president, to withdraw in favor of Rouhani. Jahangiri’s performance in the presidential debates was a surprise to many — including the conservatives — leading him to be labeled as the phenomenon of the debates, as he harshly disclosed the corruption scandals surrounding Ghalibaf and directly responded to the criticisms of the conservative candidates.

Since the first day of campaigning in April, Jahangiri has stated that he has come forward to defend Rouhani and his government, but he has refrained from announcing an intention to withdraw. However, many if not most Reformists and moderates strongly believe that he will not stay on until the end.