This year’s local council elections appear likely to rid the influential Tehran City Council of former athletes amid public criticism of their qualifications. 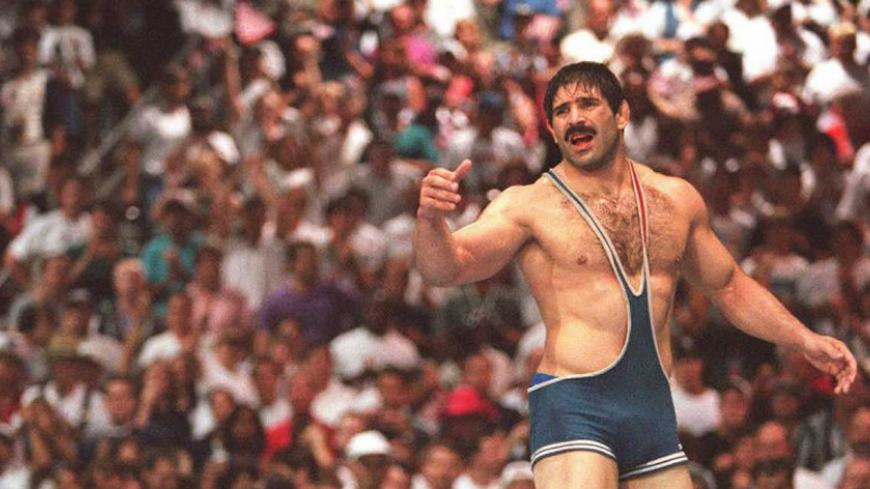 Late last year, Mansour Pourheidari, a former member of Iran’s national soccer team and a veteran coach, succumbed to cancer. Hours after his death on Nov. 4, former world wrestling champion (1998) and Tehran City Council member Abbas Jadidi was seen posing next to Pourheidari’s body in a picture posted online. The photo unleashed a wave of criticism on Persian-language social media networks, with many questioning whether Jadidi was suited to serve on the Tehran City Council.

The criticism did not stop at Jadidi. As Iran prepares to hold its fifth city and village council elections with the presidential election on May 19, the competency and expertise of the incumbent Tehran City Council, especially the athletes in its ranks, have been challenged by the public and in the media. The incumbent council members include two-time Olympic weightlifting champion Hossein Rezazadeh, two-time Olympic taekwondo gold medalist Hadi Saei as well as world wrestling champion and Olympic gold medalist Alireza Dabir. The four athletes were registered to run again in the upcoming council elections, but the parliamentary committee overseeing the vote disqualified all but Saei.

Prior to the vetting process, there was speculation that the athletes would not be approved due to their holding dual nationalities. However, after his disqualification, Dabir denied being a dual national.

Al-Monitor spoke with Hossein Imani, the head of the Institute of Social Studies and Research of the University of Tehran. He commented, “Maybe there would not be much need for expertise if we were dealing with a completely developed system in terms of city management. However, reforms to the administration of cities in Iran started not too long ago. Our cities face many challenges and solving them in the early years of the council’s establishment requires expertise.”

Imani has worked at the Interior Ministry’s Urban Research and Planning Center since the village and city councils were first set up in Iran. Referring to the first round of council elections in February 1999, under Reformist President Mohammad Khatami, Imani said, “One of the points of discussion was to hold council elections at several locations as a trial. But Khatami did not approve, and said the formation of the councils had been among his campaign promises and so should they be held across all of Iran.”

As such, the city and village council elections were first held at the height of the Reformist era and Khatami’s popularity. In Tehran, close to 1.5 million voters took part in the first such polls and elected 15 Reformist figures for the capital’s city council. Internal disputes among its members, however, led to the dissolution of the council three months before their four-year term was up.

According to Imani, Tehran’s first city council dealt the biggest blow to the process of institutionalizing village and urban councils in Iran. He said, “Its most significant impact was that [only] 12% of Tehran’s population took part in the second round of elections in 2003, and a movement called Abadgaran [associated with the Principlists] won … and took over city management in Tehran.” While the first Tehran City Council’s 15 seats were all filled by Reformists, conservatives seized 14 seats in the 2003 elections, which saw a depressed voter turnout.

The conservative-dominated Tehran City Council elected Mohammad Bagher Ghalibaf, who was then Iran's chief of police, as mayor in 2005.

Khadem’s presence on the Tehran City Council paved the way for other athletes to compete in the third round of village and city council elections in 2006. This time, close to 1.7 million voters in Tehran cast their ballots, and in addition to Khadem, voters also elected Dabir and Saei. While Khadem and Dabir entered the council on the Principlist ticket, Saei was on the Reformist list. “They were at the end of their athletic careers and wanted to turn the social capital they had gained due to their fame in sports to political capital and remain on the stage.” He added, “This was perhaps a give and take between the athletes and political groups.”

The Tehran City Council held its fourth round of elections in 2013, with close to 2.8 million voters taking part. Khadem did not run. Instead, Jadidi and Rezazadeh stepped forward on the Principlist ticket, joining Saei and Dabir on the council.

Prior to the establishment of the Tehran City Council, the appointment of mayors fell under the duties of the interior minister. According to Imani, having the council members now in charge gives Tehran’s mayor “huge political leverage.”

The municipality and city council have come under repeated criticism under Ghalibaf’s mayorship. There have been major revelations of corruption within the municipality, including improper property sales and lax enforcement of building safety standards — brought to the public’s attention following the collapse of the Plasco building, an aging high-rise in downtown Tehran, killing 16 firefighters in January.

According to Imani, the concurrence of the presidential vote with the village and city council elections this year is an opportunity to not only bring public attention to the performance of these councils but also to tie together the outcomes of these two polls, “especially in Tehran, where the city council can immensely impact national issues.” He added, “At present, establishing the structure of the council requires sociologists, city planners and architects. Once the councils have been established as an institution, then anybody with a measure of common sense can become a member.”