The diplomatic fallout from Turkey’s deadly airstrikes against Kurdish militants is growing as Turkey reacts angrily to US rebukes. 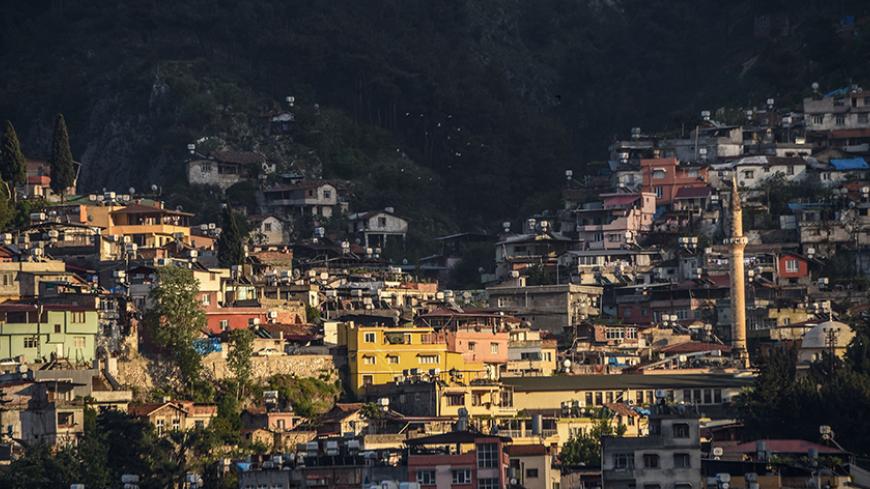 Turkey has vowed to continue attacks against the Kurdistan Workers Party (PKK) and its Syrian Kurdish franchise, the People’s Protection Units (YPG) as the YPG and Turkish forces exchanged fire today in the border region of Hatay. Turkish officials said two Turkish security posts were attacked and that Turkish forces had responded.

The YPG blamed Turkey for the clash, saying it was responding to Turkish artillery attacks against the mainly Kurdish enclave of Afrin. The Syrian Kurdish Hawar news agency reported that Turkish forces were firing from across the border at the village of Firfirke in Afrin’s Raco township and that YPG forces were shooting back.

Separate cross-border Turkish artillery attacks were reported from Turkey’s Mardin province, which faces the Syrian Kurdish town of Derbesiye. The accounts could not be independently verified.

On April 25, Turkey carried out a wave of deadly airstrikes against PKK targets in the northern Iraqi area of Sinjar and YPG targets in Karachok in northeastern Syria. At least 20 YPG fighters died in the strikes. But the attacks on the mainly Yazidi-populated Sinjar were badly botched. Five members of the Iraqi Kurdish peshmerga forces, who are allies of Turkey, were killed. No PKK casualties were reported.

The diplomatic fallout from Turkey’s airstrikes against Kurdish militants in Iraq and Syria appeared to be growing with angry Turkish reactions to the US rebukes over Turkey's actions, which risk undermining the battle against the Islamic State.

Foreign Ministry spokesman Huseyin Muftuoglu asserted today that Turkey had provided information to both the United States and Russia through “diplomatic and military channels” before embarking on the operations targeting PKK bases in Sinjar in northern Iraq and YPG bases in Karachok, northeastern Syria. He said Turkey had exercised its right to self-defense as stipulated in Article 51 of the UN Charter.

Muftuoglu noted that Turkey had followed de-confliction protocols agreed between the US-led coalition and the United States and had contacted the Qatar-based Combined Air Operations Center (COAC) that controls and commands air operations in the region. He said that Turkish Chief of General Staff Hulusi Akar had also rung his US and Russian counterparts and Turkey had repeatedly warned “third parties” engaged in the battle against IS to steer clear of areas where the “terrorist organization” has training camps and conveyed Turkey’s determination to respond to the threat it posed.

The spokesman was responding to unusually harsh comments from the State Department’s acting spokesman Mark Toner, who said yesterday that the United States was “deeply concerned” about the Turkish airstrikes, which were “not approved” by the US-led coalition against IS.

The YPG is spearheading the US-led coalition’s campaign against IS in Syria. Turkey considers the YPG a terrorist organization over its close links with the PKK, which is waging a bloody insurgency inside Turkey.

Coalition officials speaking on condition of anonymity told Al-Monitor that both COAC and Russia had rebuffed Turkey’s demands for coordination and had asked Turkey to back down. Turkey ignored the demands and the Turkish military gave the coalition only 56 minutes' advance notice before launching operations code-named “Pirate” and “Anatolian Leopard” in the early hours of April 25.

The United States has warned Turkey against further attacks against the YPG that potentially put hundreds of US special operations forces embedded with them at risk. Turkish intransigence sharpens the risk of an accidental confrontation between the two NATO allies and is driving a wedge between the United States and the Kurds.

Turkey’s actions appear aimed at pressuring the United States to scotch its partnership with the YPG ahead of a critical battle to capture the IS stronghold of Raqqa. Turkish officials warn that the modern weapons flowing to the YPG from the coalition which eventually be trained on Turkey and claim some of them are being used by the PKK inside Turkey. The coalition says it does not believe that the YPG poses a threat.

Syrian Kurdish officials are demanding a firmer US response as thousands of Syrian Kurds chanting pro-YPG slogans took to the streets in the towns of Manbij, Qamishli, Serekaniye and Derik today in protest. Ilham Ahmed, the co-chair of the Democratic Syrian Council, dismissed rumors that the YPG had halted operations around Raqqa because it was dissatisfied with Washington’s response. “They are not true,” she told Al Monitor. "But that isn't to say we do not expect greater clarification from the United States and our coalition partners as to how they intend to prevent further Turkish aggression."