Shiite militias within Iraq's Popular Mobilization Units (PMU) are attempting to establish separate PMU universities, which some see as an attempt to bring Iranian influence to Iraq. 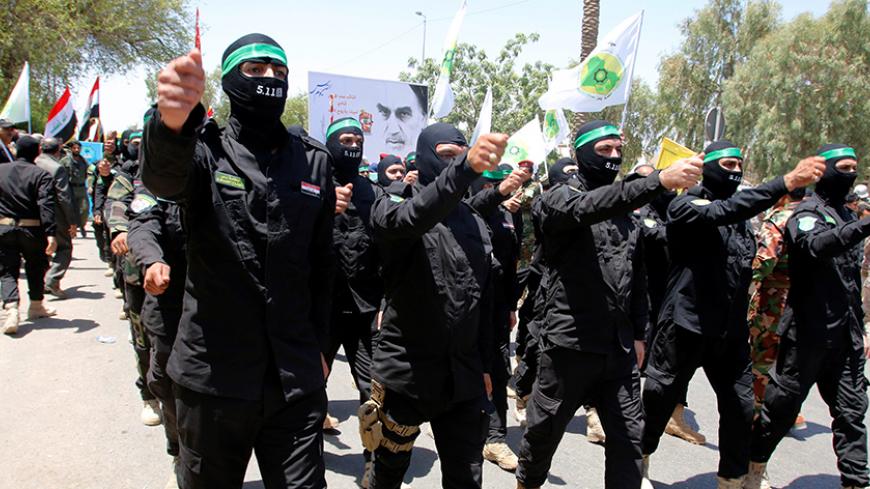 BAGHDAD — Iraqi universities have recently become the scene of military and political maneuvers by the Popular Mobilization Units (PMU). In a response to this development, Minister of Higher Education and Scientific Research Abdul Razzaq al-Issa announced April 14, "We are determined to remove the heads of the universities who do not maintain the independence that threatens the identity of the Iraqi academic institution. Universities will not be part of political calculations.”

Sheikh Qais al-Khazali, the head of Asaib Ahl al-Haq (League of the Righteous), made a statement March 18 calling for the establishment of the Popular Mobilization Units University, warning against any possible plot to distance the PMU from the Iraqi arena.

These statements sparked much controversy in Iraq. While some believes this is an attempt to ideologize the policies on campus, as was the case in Iran, others believe it is an attempt to defend the PMU’s purposes in Iraq.

In a statement, Khazali's office said the speech by Khazali was the "first conference" held for the PMU university students, in conjunction with the victories achieved in west Mosul and the operations to liberate the city of Tal Afar at the hands of the PMU.

“Iraq’s students need to organize their ranks, which would allow them to overthrow any corrupt government or regime. Today we need two things to make an achievement at the student level in Iraq. First, we need to organize ranks, rearrange our situation and deal with it in the same way we act on the PMU military battlefields. Second, we need to agree on visions, goals and means to unify the students’ effort and energy," the statement read.

Khazali said in his speech, “With this, there will be a strong and effective PMU University, through which we could address our enemies and tell them, 'If you fear us now, you must know that the PMU is present in every university, college and department.'”

He continued, “It is your responsibility today to start organizing ranks and achieve a conscious unified vision as well as well-thought-out and careful study to complete the announcement of the PMU in all Iraqi universities and departments so that the PMU could exercise its role. To achieve a unified vision, we must draft one project and structured vision.”

Tikrit University in Salahuddin governorate was the first university to raise a PMU banner on Nov. 4, 2016, that read, “The PMU University is the backbone of our security forces and our popular mobilization.”

Some political parties might believe that this call is an attempt to reproduce the Iranian cultural revolution experience in Iranian universities after the collapse of the shah’s rule in 1979. These fears come in tandem with the calls of Birwan Musleh, a member of the parliamentary Higher Education Committee, to distance university campuses from any political activity.

Musleh told Al-Monitor, “We are seeking to distance the university campuses from any political activity and start awareness programs rejecting any political or partisan interference in the academic field.”

Musleh believes that these interferences “undermine the level of education” in Iraq. The committee has also discussed this issue with the concerned parties at the Ministry of Higher Education, noting that “the PMU expansions on university campuses have created a sectarian and partisan enviroment.”

“We will not allow the reproduction of Iranian culture in our universities through the PMU. It is not the PMU's role or responsibility to interfere with the work of the educational institutions,” she concluded.

Historical sources indicate that the so-called Iranian cultural revolution, which was launched at universities, removed any Western and non-Islamic sources or influence from the academic sciences and curricula so that they could be compatible with the new political system.

The revolution first closed the universities in Iran for three years (1980-83), banning many books, expelling thousands of students and lecturers from colleges, not to mention other practices committed on campus that greatly affected the overall education, social and economic conditions.

In this vein, Khamis al-Shahwani, a professor at the University of Nahrain in Baghdad, said in November 2016 that the university security associated with the PMU issued orders that month to dismiss 13 university professors from the northern and western areas, under the pretext that they belonged to the Baath Party, which has been banned since 2003. He noted that four of the professors were from the faculty of business economics at the University of Nahrain, four from the faculty of political sciences, two from the Information engineering faculty and three were part of the university presidency.

Haidar al-Aboudi, a spokesman for the Ministry of Higher Education, denied fears over political interference on campus, noting that “his ministry has not yet recorded any kind of such political practices on campus.”

Aboudi told Al-Monitor in a phone interview, “The university campus is for science and culture, and there is no room for political work.”

Commenting on the fears of Musleh, Aboudi said, “Universities consider the occasional poetry festivals as interference as they are part of the national celebration of the victories achieved by the military forces against the Islamic State. These battles are respected by everyone.”

Karim al-Nouri, a leader in the PMU, told Al-Monitor, “We believe that security could not be achieved through a political party alone, but through social awareness, tolerance, understanding and acceptance of other components. Students are the pillar of society.”

He added, “The PMU cultural revolution is very different from the Iranian experience because Iraq is a pluralistic civil state, while Iran is a religious state led by the velayat-e faqih."

In light of the exchange of accusations, the coming days will witness political and security events and will reveal whether Iraqi students will show their political affiliations on campus.