Tehran’s mayor, a two-time presidential candidate, has announced that he will not run in the May 19 vote. Meanwhile, former President Mahmoud Ahmadinejad holds his first press conference in almost four years. 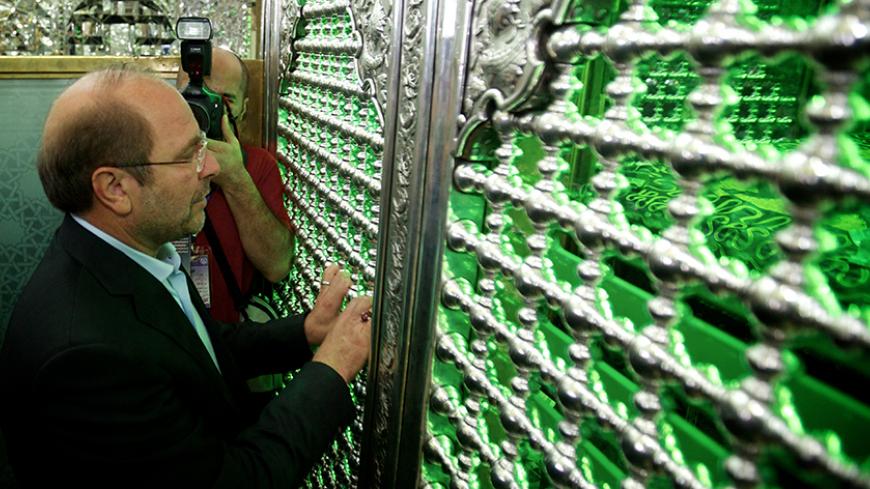 Mayor and two-time presidential candidate Mohammad Bagher Ghalibaf has announced that he does not intend to run in the presidential elections May 19. The move came amid widespread speculation that Ghalibaf would take a third shot at the presidency, having been the runner-up to Hassan Rouhani in the 2013 elections.

Following his statement, there were reports in Iranian media indicating that Ghalibaf is upset with the conservative coalition’s decision to not back him as its consensus candidate. Some reports claim that Ghalibaf has reached an agreement with conservative cleric Ebrahim Raisi, the custodian of the holy shrine of Shiite Imam Reza in the city of Mashhad, to serve as his vice president if the latter runs and is ultimately elected.

On April 5, former Iranian President Mahmoud Ahmadinejad held a press conference for the first time in almost four years. He spoke about a range of issues, including the upcoming presidential elections and US President Donald Trump.

At the press conference, Ahmadinejad accused the moderate government of President Rouhani of publishing false information about the state of Iran’s economy. He also said that the Rouhani administration has caused setbacks for Iran. In reaction to reports about corruption in his government, Ahmadinejad said, “They accused me of all the corruption that has happened in history. Have any of the accusations been proven?”

In response to a question about whether he is defying Supreme Leader Ayatollah Ali Khamenei’s “advice” last autumn that he not run in the upcoming vote, he said, “The [supreme] leader told me not to run; he didn’t tell me to be indifferent [toward the vote].”

Ahmadinejad continued, “I don’t have any plan for the presidential elections, but I support [my former Vice President] Mr. [Hamid] Baghaie as the most deserving candidate."

He added, "There is no reason for Baghaie to be disqualified [by the Guardian Council]. I will do my best to get him approved, but we have chosen an alternative [candidate in case of Baghaie's disqualification]."