Almost 78% of Egypt's 92 million citizens receive government subsidies, but officials hope to pare down those swollen ranks by weeding out those who do not actually qualify. 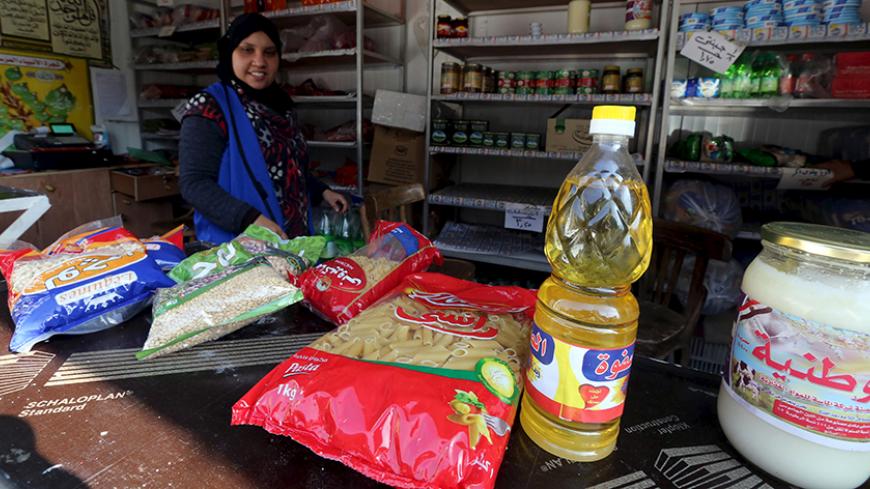 Egypt is reviewing long lists of beneficiaries in its food subsidy program, planning to cut those who do not qualify and fixing a broken-down system that has incurred huge losses for decades.

In press remarks April 5, Minister of Supply Ali al-Meselhi estimated that culling those who do not qualify will cut the ranks of food subsidy recipients by 10%. The government, which began the revision this month, gave subsidy card holders a two-month deadline to update their personal information at registration offices.

Meselhi said that determining who should be excluded will be done carefully, and that by July the process should solve “problems that ration card holders have faced in the past few years," including random exclusions and invalid suspension of some cards.

According to a recent report released by the state-run Central Agency for Public Mobilization and Statistics, subsidies were given to 71.6 million Egyptians in April 2016, compared with 69.1 million in April 2015. Egypt’s entire population totals 92 million, which means that almost 78% of the country’s population now receives subsidies. Critics say the overwhelming majority of subsidies go to people who do not qualify, meaning not only to middle-income citizens but also to the rich.

Reforming the system "is a move that has long been awaited by poor citizens,” economist Ahmed Koura told Al-Monitor. Koura said the move will help eliminate graft and benefit millions of needy citizens. “Revising lists of ration card holders will also help reduce the deficit in the country’s budget, which has been burgeoning due to [poor] government policies and decisions."

Hundreds of subsidy card holders protested around the country last month, blocking roads and surrounding government offices after the government changed the way bread rations are managed, raising fears that food subsidies were being cut. Meselhi said he had made that change to keep corrupt bakers from misusing the system to make illegal financial gains. However, the minister soon backed down from that approach after the protests.

Despite suffering a budget deficit and an alarming economic crisis, the government has been spending $25 billion a year for decades to subsidize food and oil for its citizens. This subsidy system has been under fire by local and international economists, who are calling on the most populous Arab country to significantly slash the program, slamming it as a waste of public funds.

In November 2016, the Central Bank of Egypt floated the currency to secure a $12 billion loan package from the International Monetary Fund and stimulate economic growth. Afterward, the country’s core inflation soared above 30%, with price hikes piling up pressure on poor Egyptians. In a bid to improve the whole system, the government has been introducing numerous reforms aimed at saving money and reducing corruption. The reforms include passing new laws on bankruptcy and investing, offering investment incentives and cutting fuel subsidies.

Analysts believe that the government reforms will have a positive effect on citizens in the long run.

Meanwhile, Mohamed Abu Hamed, a member of parliament's Social Solidarity Committee, said updating citizens’ data is “a crucial step to stop the waste of subsidy funds and its delivery to those who do not deserve them.” He said the system needs a database of citizens who qualify for subsidies, "in coordination and cooperation with other ministries."

The government also announced it will start an advertising campaign April 25 to raise awareness among the estimated 19 million citizens who need to update their data. Parliament member Heba Hagras said advertising campaigns are very important to make the revision process a success. She added that the government should revise data every year to ensure it is up to date.