Jewish organizations in the United States are criticizing the Knesset for banning the entry of those who express support for the Boycott, Divestment and Sanctions movement. 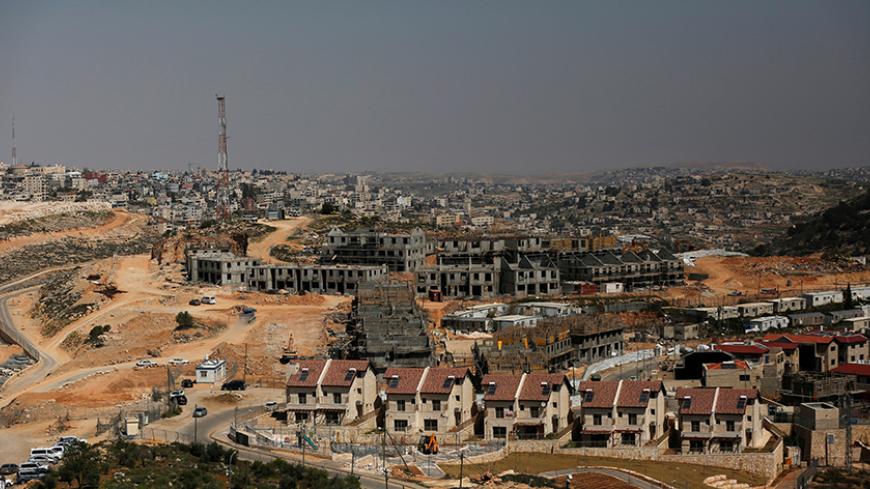 Buildings under construction are seen in this general view of the Israeli settlement of Efrat, in the occupied West Bank, March 26, 2017. - REUTERS/Ronen Zvulun

Had I been an American citizen, even a strictly kosher Jew, I would not have been allowed into the State of Israel.

Under new legislation approved on March 6 by the Knesset, non-Israeli citizens and nonpermanent residents (foreign nationals) who have committed to take part in the boycott, divestment and sanctions (BDS) movement will not be granted entry into the country. Based on a 2011 law outlining penalties for those who call for a boycott of Israel, “boycott against the State of Israel” applies to “areas under control of the State of Israel.” Five years ago, I published an article under a Hebrew headline translating to “Additional Reasons Not to Buy Settlement Products.” Not a single lettuce leaf grown in an Israeli settlement will enter my kitchen.

Few issues divide Israeli society and undermine political stability as does the occupation enterprise and the settlement machine. Just look at the verbal blows exchanged April 2 by Prime Minister Benjamin Netanyahu and HaBayit HaYehudi Chair Naftali Bennett over the Cabinet’s decision to rein in construction in the settlements under US pressure. No issue inflicts more damage to Israel’s international standing. Israel's Ministry of Foreign Affairs and the European Union tussled in January following the EU resolution clarifying that EU agreements with Israel pertain only to areas within the pre-1967 border, a restriction that "does not constitute a boycott of Israel."

Over time, the settlements have become a bone of contention between Israel and liberal Jewish groups around the world, especially in the United States. Despite these groups' earlier activities, it appears as though the trauma of Hillary Clinton’s defeat in the presidential election and the budding romance between her rival, President Donald Trump, and Netanyahu have left protests against settlement expansion to relatively small organizations such as J Street, Americans for Peace Now and the New Israel Fund. Israel’s political right and participants at the recent 2017 annual American Israel Public Affairs Committee (AIPAC) convention in Washington could not conceal their glee at the broadside attack by the Trump administration’s UN Ambassador Nikki Haley against last December’s Security Council Resolution 2334 condemning the settlements. Despite Trump stating in a February interview with the pro-Netanyahu daily Israel Hayom, that settlement construction is not useful to the peace process and calling on Israel to “act reasonably,” the envoy promised to oppose any UN resolution against Israeli settlements.

But while the Israeli right and AIPAC supporters were basking in the glow of Haley’s remarks, the Israeli government was curbing the construction of homes for Jews in the occupied territories. The most right-wing government in the history of the state decided on March 31 that there is a difference between territories under Israeli sovereignty and those under its occupation, and it limited settlement construction to the existing borders of the settlements.

Does this mean that boycotting settlement products is different from boycotting Israel? Yes. A clear response to this dilemma came from a quarter that proponents of the BDS activist ban (among them Knesset members of the centrist Yesh Atid) had not expected.

Reacting to the March 6 legislation, the American Jewish Committee said in a statement, “As history has amply shown throughout the democratic world, barring entry to otherwise qualified visitors on the basis of their political views will not by itself defeat BDS.” The committee's president, David Harris, warned that the new law would not “help Israel’s image as the beacon of democracy in the Middle East," but make it hard to defend its legitimacy. The Anti-Defamation League, another organization central to the American Jewish community, said the new bill hurts Israel and that its best defenses against the BDS movement are Israeli democracy, pluralism and the openness of its society.

The settlement enterprise has succeeded in taking the controversy to the heart of the most important Jewish community outside Israel’s borders. There is no certainty that this time the settlers and their political patrons will have the upper hand. The comprehensive survey conducted in 2013 by the Pew Research Center among American Jews indicated that 17% support the settlement enterprise and 44% believe the settlements are harmful to Israel’s security. Only 38% of respondents reported believing Israel is making a true effort to achieve peace with the Palestinians. It should be noted that Jewish leaders have always been prominent in the American Civil Liberties Union. To this day, American Jews proudly hail Rabbi Abraham Joshua Heschel, who walked alongside Martin Luther King in the famous 1965 Selma march.

Interestingly enough, Arab Knesset member Ayman Odeh, the head of the Arab Joint List, said during the debate on the bill that during his last visit to the United States he met thousands of Jews who support the settlement boycott. “These people are not opposed to the state, they’re opposed to the occupation,” said Odeh. “The occupation will one day make Israel a leper throughout the world.” Likud Knesset member David Amsalem, chairman of the Knesset’s Internal Affairs Committee, said at the same debate that supporters of the boycott don’t differentiate between the state and the settlements. “I think these people are actually anti-Semites,” he opined.

Thanks to my parents, who immigrated to Israel because of the anti-Semitism in Europe, I as an Israeli citizen can afford to support the anti-occupation boycott without risking expulsion from my country. Thanks to Attorney General Avichai Mandelblit, I will not see my name in the proposed database of Israeli citizens who support a boycott of Israeli settlement products and sanctions against the occupation. Mandelblit forced Public Security Minister Gilad Erdan — who was eager to create such a database — to leave the surveillance of Israeli citizens to the Shin Bet.