Abbas versus Barghouti, Round 2

Palestinian President Mahmoud Abbas is furious at Fatah activists who called for a Day of Rage five days before he is scheduled to meet with US President Donald Trump. 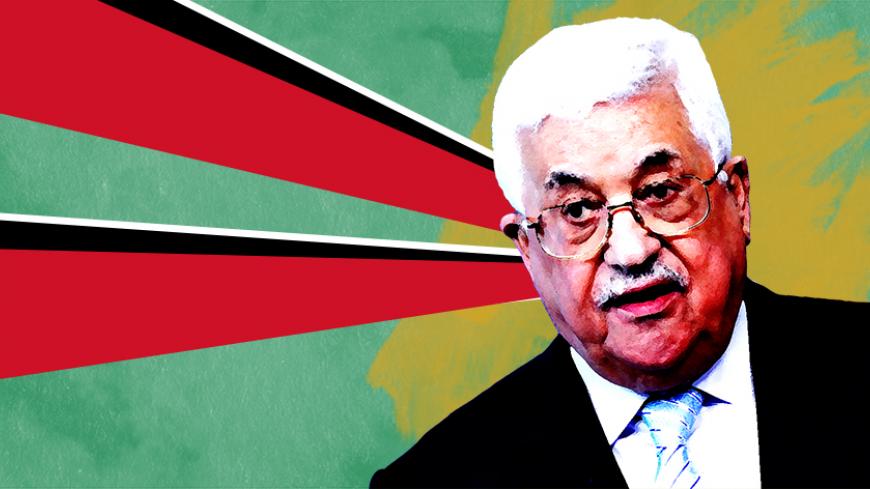 The Fatah movement has declared April 28 a Day of Rage, a series of rallies in support of the hunger strike by Palestinian prisoners in Israeli jails. For the first time since the outbreak of the second intifada almost 17 years ago, in 2000, the movement’s activists are openly calling on Palestinians to clash with Israeli forces at West Bank roadblocks.

The announcement issued by Fatah, the largest faction in the Palestine Liberation Organization and the party that controls the Palestinian Authority (PA), said the actions were intended to show Israel the support of the Palestinian people for their prisoners and to assert their right to struggle against its occupation of their land. “We will clash with the occupier everywhere,” the announcement said.

Israel views this clarion call as crossing a red line. From Israel’s viewpoint, if events on that day spin out of control and result in injuries or loss of life, the responsibility will lie with Palestinian President Mahmoud Abbas. A Palestinian defense source confirmed to Al-Monitor that Israel had conveyed a harsh protest to the security coordination mechanism between Israel and the Palestinians and warned that unless the Palestinian police stop the protesters, the Day of Rage could turn into a Bloody Friday.

This public and direct call encouraging young Palestinians to take on the “occupation forces” is an expression of the tremendous frustration simmering among Fatah leaders that the prisoner hunger strike, launched April 17, is not attracting as many participants as expected. Fatah leaders are also frustrated with Israel’s refusal so far to respond to any of the demands of the strikers, led by senior Fatah member Marwan Barghouti, or even to enter into negotiations with leaders of the protest.

In the past, large-scale protests by Palestinian inmates prompted the Israel Prison Service (IPS) to negotiate with the prisoners’ representatives, but this time, said Qadoura Fares, head of the Palestinian Prisoners Club, there is absolutely no contact between the prisons and the strike leaders.

Prime Minister Benjamin Netanyahu and Public Security Minister Gilad Erdan have instructed the prison service to reject the inmates’ demands, especially those relating to convenience, such as installing a public phone line in the prison wings and increasing the number of family visits. According to IPS data, since the start of the strike, 10% of those taking part — 187 prisoners — have dropped out. Fatah activists considered Barghouti supporters in the West Bank are concerned that the strike will fizzle out, and Barghouti’s standing as a challenger to Abbas’ leadership will be seriously undermined. As previously reported in Al-Monitor, both Israel and Abbas’ people saw the declaration of the strike as a desperate attempt by Barghouti to beef up his standing after failing to be chosen in the movement’s February convention as Fatah deputy leader.

Going over Abbas’ head and declaring a Day of Rage, which could generate an additional round of violence between the Palestinians and the Israel Defense Forces (IDF), exposes a rare confrontation between Fatah seniors and their chief.

“Abbas was outraged over the Day of Rage,” the Palestinian source, speaking on the condition of anonymity, told Al-Monitor. “The president opposes calls for violence, which blatantly contradict his views, especially ahead of the 'fateful' days for the future of his people.”

As previously reported, Abbas is scheduled to meet with President Donald Trump at the White House on May 3. Immense Palestinian diplomatic efforts went into paving the way for this intriguing meeting. The last thing Abbas wants is to drive up to the White House while Israel and Palestinian demonstrators are clashing at roadblocks, and even more so, as his party’s activists are spoiling for a fight.

As far as Abbas is concerned, the Fatah leadership should have understood his fears and concerns in light of the hurdles he faces in dealing with the Trump administration. Dangerous leadership games within the Fatah movement could spoil the moment for which he has long been preparing.

The call to violence was initiated and is mostly being led by activists from the Tanzim, Fatah’s paramilitary wing. Senior PA officials, however, sleepless over the planned protests, suspect that Abbas’ new, handpicked deputy, Mahmoud al-Aloul, is the one pulling the strings and stirring trouble. Aloul has in the past fervently preached in favor of mass popular rallies against Israel, but now, the Palestinian source noted, “He is wearing a different hat. He is Abbas’ deputy in the Fatah movement. That requires him to act responsibly and to understand the spirit of his commander’s orders.”

Aloul was responsible for the Tanzim, mainly concerning issues of financing, from 2009 until 2017. Within that circle, there is lots of support and admiration for Barghouti, who headed the Tanzim during the second intifada until he was arrested in 2002. Many Tanzim activists consider Aloul a counterweight to Abbas’ conciliatory ways, which they consider “defeatist.” If Aloul is indeed behind the call to violence, or if he pushed the initiative forward, then the choice of Aloul as Abbas’ deputy — propelled by his unwavering support of the president — has become a boomerang against Abbas, especially given that Abbas chose him to keep suspected would-be successors whom he fears at bay.

On April 28, Fatah will spur young Palestinians to confront IDF soldiers at roadblocks and other hotspots on the West Bank, while the Palestinian security forces will try to carry out their assigned task of blocking them. Which side will have the upper hand? Mass demonstrations on the Day of Rage are unlikely. Many young Palestinians no longer blindly follow those whom they regard as representing the old, corruption-riddled politics. Dozens or hundreds of thousands of protesters are not needed for things to spin out of control. All it takes are a few Palestinians hit by Israeli bullets to set off an all-consuming fire.