The political scenarios to defeat Netanyahu in early elections

With the prospect for early elections in Israel, the Zionist Camp must decide whether to join forces with left-wing Meretz and its liberal-humanist ideology or tag along with Yesh Atid leader Yair Lapid. 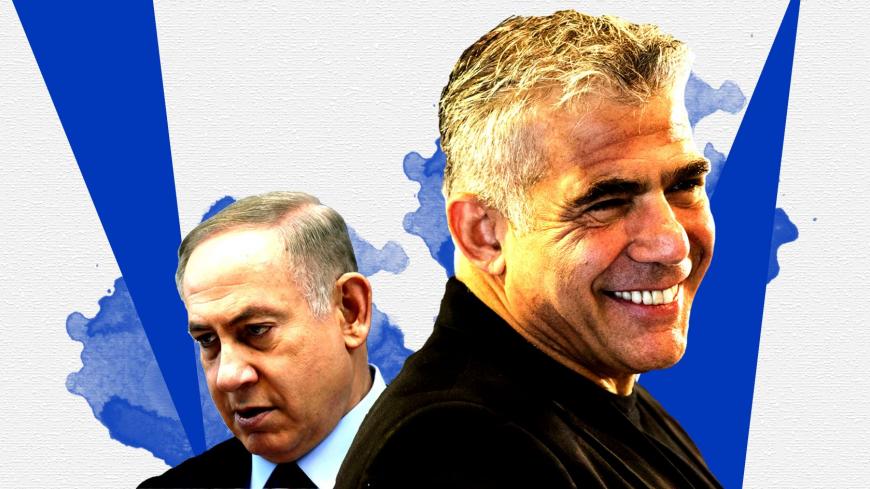 Yair Lapid may have the formula needed to keep Benjamin Netanyahu from a fifth term as prime minister. Photo by Hugo Goodridge. -

There’s a smell of elections in the air. The recent deep crisis among the ruling coalition parties over the Public Broadcasting Corporation, the criminal investigations of Prime Minister Benjamin Netanyahu, US pressure on the Netanyahu government to curb construction in the settlements and the newly announced return of Likud star (and former minister) Gideon Saar to politics, all give off that whiff. On March 24, Politico was already anointing Yair Lapid, chairman of the centrist Yesh Atid party, as Israel’s next prime minister. According to a Channel 10 poll, if elections were held now, Yesh Atid would rake in more votes than the Likud party led by Netanyahu (29 Knesset seats compared to 27).

If Lapid wins over Defense Minister Avigdor Liberman with the six Knesset seats that Liberman’s right-wing Yisrael Beitenu party was given in the poll, as well as the half-dozen expected seats of Finance Minister Moshe Kahlon's Kulanu party, and mobilizes the support of the center-left Zionist Camp, left-wing Meretz party and the Arab Joint List, he would be able to head off Netanyahu on his way to a fifth term as prime minister. But it’s one thing to move a new tenant into the Jerusalem prime minister’s official residence and quite another to bring about a significant transformation of the diplomatic and social reality in Israel — a goal that appears all but unachievable.

Let’s assume that Lapid’s right-wing demeanor is a mask designed to draw in right-wing voters. Let’s also assume that on the day after his election victory he adopts guidelines that include negotiations with the Palestinians on a two-state solution based on the 1967 borders and a division of Jerusalem into an Israeli and a Palestinian capital. Still, what does Lapid have to offer the 12 Knesset members of the anti-Zionist Arab Joint List — the ones he once labeled derisively as “those Zoabis” (a reference to highly controversial Arab Knesset member Haneen Zoabi, for which he subsequently apologized)? What is the common denominator between him and the seven leftist Knesset members that the poll gives Meretz, those who have recently been demonstrating alongside the joint Arab-Jewish Hadash party (one of the Joint List partners)?

The most likely scenario is that after Lapid exploits the left-wing parties in order to prevent Netanyahu from getting the 61 Knesset seats he needs to stay in power (the minimum majority of 120 Knesset seats), he would dump them and invite the Likud into his government. He will then go on to rehabilitate his once cordial relationship with his “bro,” Naftali Bennett (the two men formed an alliance during the 2013 election campaign), and draw the chairman of the right-wing HaBayit HaYehudi party into his government too. All that would happen is that Israel would be exchanging a veteran, experienced narcissist (Netanyahu) with a new and inexperienced narcissist (Lapid). This would rule out once and for all any hope of agreement with the Palestinians, of improved relations between Arabs and Jews in Israel, and of restoring Israel’s relationship with Europe.

The key to resolving the conflict with the Palestinians, rather than just reshaping the Israeli social agenda, lies in the hands of the Zionist Camp’s leadership. The prospect of early elections has reopened the argument within the left-wing bloc among supporters of unity with the Zionist Camp, which would necessitate their veering to the right, and those seeking to promote an alliance with the Hadash faction that forms part of the Joint Arab List. Since May 2016, Meretz and Hadash have jointly organized three pro-peace demonstrations in Jerusalem and Tel Aviv. While some Knesset members took part in the protests, the leadership of the Zionist Camp ran for cover.

Back at the July 9, 2015, party convention held four months after the 2015 elections, Meretz Chairwoman Zehava Gal-on told her constituents that she wondered what kind of political alignments would make the party most effective. “Political frameworks are, after all, simply a means that serve a goal,” Gal-On added. “And there’s only one single goal: restoring the left to power.” Knesset member Ilan Gilon, who has announced his intention to run against Gal-on for the party leadership, told Al-Monitor this week that he, too, does not rule out a joint ticket with the Zionist Camp. Both Meretz leaders are willing to give up the party leadership in order to form a joint bloc with any party whose social, diplomatic and economic principles are compatible with those of Meretz.

Meretz and Hadash will await the results of the scheduled July 4 primaries in the Labor Party (the main component of the Zionist Camp). A victory for incumbent party leader Knesset member Isaac Herzog would signal more of the same, meaning that Lapid would keep siphoning off votes from the Zionist Camp. Meretz would keep hovering around the electoral threshold with the same five seats it now has. Anyone who believes that the Palestinians will sit around for another decade waiting quietly for the end of the occupation, as Herzog suggests, may as well leave Netanyahu in power. Anyone who wants a politician who thinks it’s appropriate to congratulate this year’s Israel Prize Laureate for lifetime achievement, David Be’eri, for “revealing the deeply buried secrets of Jerusalem,” as Herzog tweeted, may as well vote for Lapid. The Yesh Atid leader recently posted a photo of himself walking around the “City of David” accompanied by the laureate, the one whose lifetime achievement amounts to ethnic cleansing of the predominantly Palestinian section of Jerusalem known as the Holy Basin and sabotaging any compromise with the Palestinians and prospects for resolving the conflict.

In order to form a stable political bloc capable of ousting Netanyahu and blocking the drain of voters to Lapid, the next leader of the Zionist Camp will need acrobatic capabilities. He would need to present a diplomatic and security blueprint that Meretz voters would be able to support and the Joint List party won’t object — and on the other hand, a blueprint that would not be rejected by pragmatic right-wing voters. His social policy would need to be socialist enough and sensitive to human rights for left-wing voters and people of the weaker sectors of the population to accept — and at the same time, not too socialist from the viewpoint of well-off Yesh Atid voters.

A victory in the Labor primaries for former Defense Minister Amir Peretz or former Environmental Protection Minister Avi Gabai would make it easier for the parties not ashamed to be labeled “left-wing” to ally themselves with the Zionist Camp. Peretz is the only Zionist Camp candidate who presented a detailed diplomatic platform that includes immediate recognition of the 1967 borders as the basis for a two-state solution (including some land swaps). The two candidates’ socio-economic agendas are not far from the platforms of Meretz and Hadash. But as opponents of such an alliance point out, cooperating with left-wing parties might actually scare off voters from the Zionist Camp, which presents itself as the bloc of the center. Such a move could in turn perpetuate the rule of the right and dismantle the peace camp while it sits on the opposition benches.