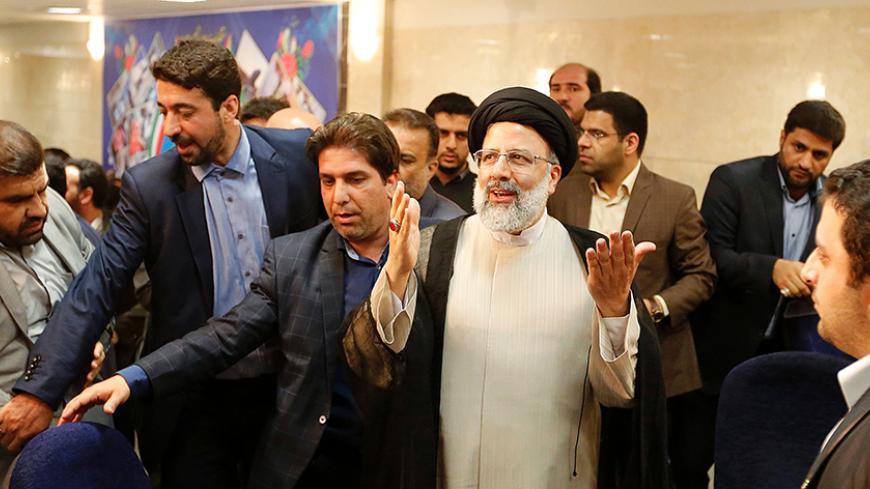 As Iran approaches its May 19 presidential elections, the conservative candidates — who are determined to unseat incumbent moderate Hassan Rouhani — are making new campaign pledges to attract votes.

Opponents of Rouhani have been focusing on unemployment and people’s livelihoods, saying Rouhani has been wholly unable to solve the economic hardships many ordinary Iranians are facing.

Conservative Mohammad Bagher Ghalibaf, who has registered to run for the presidency for the third time, has said that if elected, he would provide 2.5 million rials ($77 at the official exchange rate) a month to every jobless Iranian.

Ghalibaf, the mayor of Tehran since 2005 who previously commanded the country’s police force, has also promised that he will create 5 million jobs while increasing people’s incomes by 2.5 times.

In reaction, First Vice President Eshagh Jahangiri, who is also a presidential candidate along with Rouhani — most likely to defend the incumbent from the attacks of conservative candidates — said April 24, “The capability of the economy for creating jobs is clear. Therefore, it is clear that he who says he will create a few million jobs is deceiving people.”

He added sarcastically, “This dear brother either hasn’t created jobs or doesn’t have knowledge about the [relevant] figures.”

Masoud Nili, a prominent economist and an adviser to Rouhani, also dismissed the possibility of Ghalibaf’s promises coming true. “We need 26% [annual] economic growth to increase the country’s income by 2.5 times. However, we have yearned for years to reach 8% growth,” Nili said April 25.

On April 24, the other main conservative candidate, Ebrahim Raisi, the custodian of the holy shrine of the eighth Shiite imam, promised the country's poorer classes that if elected, he would triple the monthly cash subsidy payments, which currently total 455,000 rials ($14 at the official exchange rate) per person.

Raisi, who is also the candidate of the hard-liners under the leadership of Ayatollah Mohammad-Taghi Mesbah Yazdi, added, “We feel that the unemployment crisis is solvable and that this crisis can be solved by creating 1.5 million jobs every year.”

Meanwhile, Rouhani kicked off his campaign with a speech in Qazvin, some 90 miles northwest of Tehran. “In the coming election, the issue is not all about electing a person for the presidency; the issue is that of whether we want to continue down the path of freedom of speech or not,” Rouhani said April 23.

Rouhani said that if re-elected, he would be “afraid of no one and no thing” to make people’s wishes come true.

Reformists and moderates are arguing that the victory of a conservative candidate would return Iran to the period of former hard-line President Mahmoud Ahmadinejad (2005-13), when Tehran was internationally isolated and faced heavy sanctions over its nuclear program.

In fact, Raisi is being flanked by former hard-line chief nuclear negotiator Saeed Jalili, who withdrew from the presidential race. According to hard-line member of parliament Mohammad Javad Abtahi, Raisi is making use of Jalili’s foreign policy views and might include Jalili in a future Cabinet if Raisi is elected.