While Mahmoud Ahmadinejad’s registration for the Iranian presidential election surprised many, an open legal case concerning him may prevent his running for a third term. 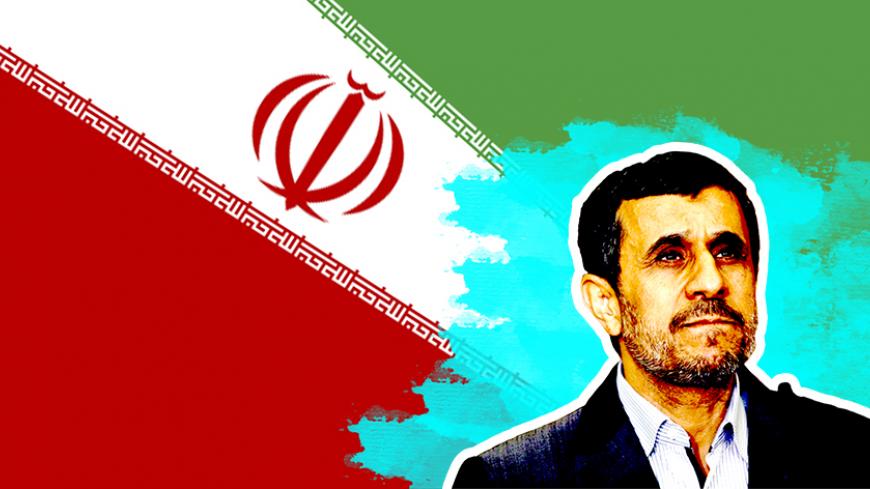 According to Gholam-Hossein Mohseni-Ejei, the spokesman for Iran’s judiciary, former President Mahmoud Ahmadinejad and his former Vice President Hamid Baghaei still have open legal cases. During an April 16 press conference, Mohseni-Ejei did not talk about the nature of the case or what the charges are. Ahmadinejad shocked Iranians when he registered April 12 for the Iranian presidential election. He told reporters that his registration for a third term was in order to show support for Baghaei, who held a number of Cabinet positions during Ahmadinejad’s two terms in office.

Mohseni-Ejei added that having an open legal case does not preclude someone from becoming a candidate. All of the more than 1,600 candidates who registered to run in the presidential election will go through a vetting process by the hard-line Guardian Council. As an example, Mohseni-Ejei said that it’s possible some candidates may have committed a crime 20 years previous to their registration but have not done anything illegal since and these people would likely be allowed to run.

However, given that Supreme Leader Ayatollah Ali Khamenei has previously publicly opposed a third term for Ahmadinejad, the judiciary and Guardian Council may look for justifications to bar him from running. In 2013, Ayatollah Ali Akbar Hashemi Rafsanjani was the last former president to register for a third term. He was disqualified from running. Though no official reason was given, indirect comments were made that his age played a factor. Rafsanjani died in January.

Another surprising registration for the election was that of Hassan Rouhani’s first vice president, Eshaq Jahangiri. According to Shargh Daily, Jahangiri’s registration was “the most important election tactic” for Rouhani’s re-election. Mohammad Reza Aref, the head of the Reformist List of Hope bloc in parliament, said April 16 that Jahangiri’s registration was an idea presented by the Supreme Council of Reformists in order to make sure that Rouhani did not face the conservatives alone in the election.

Reformists and moderates had previously decided to unite and support Rouhani’s re-election campaign. Conservatives, on the other hand, are running a wide range of candidates, including well-known names such as head of Astan Quds Razavi foundation Ibrahim Raisi, Tehran Mayor Mohammad Bagher Ghalibaf and former parliamentarian Alireza Zakani.

If Jahangiri’s candidacy is approved, he then can serve both as a buffer in the television debates against the potential attacks on Rouhani and can counterattack while Rouhani tries to stay above the partisan bickering. In this case, Jahangiri would then ultimately pull out before final voting. The strategy worked well by default in the 2013 presidential debates when Ali Akbar Velayati, the supreme leader’s foreign policy adviser, broke with convention and attacked then-candidate and nuclear negotiator Saeed Jalili over his rigid stance in the nuclear talks. At the time of Velayati’s comments, the nuclear issue was rarely discussed and only the official line was reflected in the media. It is not known whether Velayati and Rouhani had such an agreement beforehand or whether Jahangiri has the clout to pave new ground the way Velayati did, but his candidacy certainly adds a layer of unpredictably against the conservatives.

Since losing in the 2013 election, Jalili has been vocal about his opposition to the nuclear deal between Iran and the six world powers. He announced April 16 that he would not register for the election but stressed he would remain involved with the conservative candidates. Jalili said that in the last four years he expressed his opposition to the administration’s policies but that during an election their “incorrect policies must be challenged.”