Members of President Hassan Rouhani's Cabinet have voiced criticism over the arrests of journalists and activists. 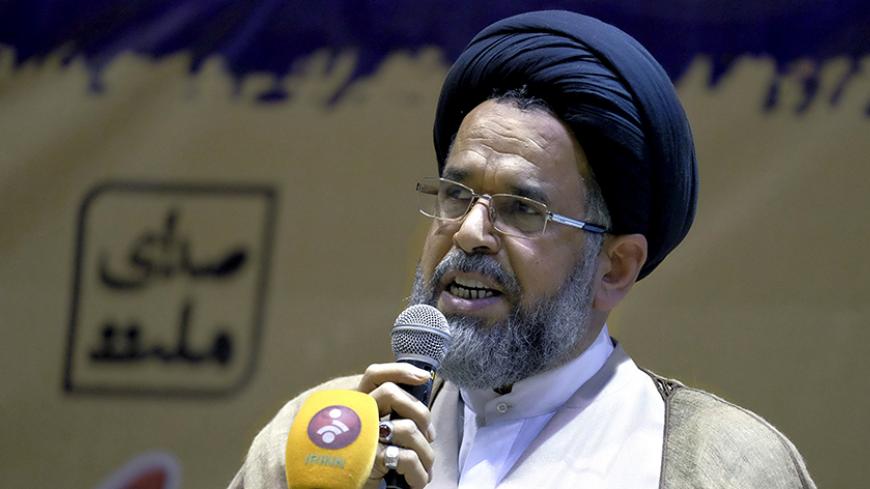 Members of President Hassan Rouhani's Cabinet have publicly criticized the recent arrests of Reformist journalists and online activists on the threshold of a presidential election.

"From the beginning, the administration has been opposed to the arrests of account managers of Telegram channels and continues to be," said Intelligence Minister Mahmoud Alavi to reporters April 5 after a Cabinet meeting. Telegram is a widely popular messaging service in Iran with users in the tens of millions.

The arrests of Ali Ahmadnia and Ali Heydar Valizadeh, two individuals with popular Telegram channels, surprised many and created the impression that the Intelligence Organization of the Islamic Revolutionary Guard Corps (IRGC) was attempting to silence supporters of the Rouhani administration ahead of the May presidential and city council elections.

A number of Reformist journalists or those described as supporters of the administration, including Hengameh Shahidi, Ehsan Mazandarani, Morad Safavi and Ramin Karimian, were also arrested in recent weeks. Alavi's criticism suggests there is certainly a clash between Rouhani's Intelligence Ministry and the Intelligence Organization of the IRGC over the arrests.

Alavi's comment comes after five Reformist parliamentarians gave the intelligence minister a written warning about the arrests. Ali Motahari, Mostafa Kavakebian, Mahmoud Sadeghi, Gholam-Reza Heydari and Alireza Rahimi issued the warning, asking why 12 popular Telegram channels were closed and the account managers were arrested. Motahari had previously threatened to impeach Alavi if he failed to address the issue of the arrests.

Mohammad Reza Aref, head of the List of Hope Reformist Parliamentarian bloc, said April 4 that the arrests of the Telegram managers "was not right and should have never happened." Aref also added that given those arrested all belonged to one political orientation, it created the perception that the arrests were political in nature. He asked that the judiciary look into the arrests and "quickly resolve" their cases so that it does not cause any political damage.

Alavi, however, is not the first Cabinet member to criticize the arrests of journalists and Telegram account managers. Mohammad Bagher Nobakht, spokesman for the Rouhani administration, told a reporter April 4 that the arrests are a "cause for concern" for the administration because it may "securitize the atmosphere for journalists."

Despite protests by the administration, they have been largely helpless to stop the arrests or gain the release of those recently arrested. The Intelligence Organization of the IRGC answers directly to Supreme Leader Ayatollah Ali Khamenei, a fact well-known to the parliamentarians filing their complaints to Rouhani's intelligence minister.

On March 7, IRGC head Maj. Gen. Mohammad Ali Jafari stated that the IRGC would remain neutral in the election. "No individual in the IRGC has the permission to interfere in the elections politically or partisan-wise, or attack a candidate." He said the supervisory institutions in the IRGC are bound to pursue and control any infractions.

After the arrests, Sadeghi — who was one of the five members of parliament to file the warning to the intelligence minister — wrote directly to the head of the IRGC, reminding him of his statement about the IRGC's duties in the elections. The carefully worded letter said that the arrests of the Telegram account managers had created "concern in society." He asked the IRGC to pay closer attention to those attacking candidates in the upcoming election.