International aid delivery to Syria experienced a setback March 7, when the Turkish government ordered the Syria program run by Mercy Corps from inside Turkey to close down, leaving thousands without assistance. 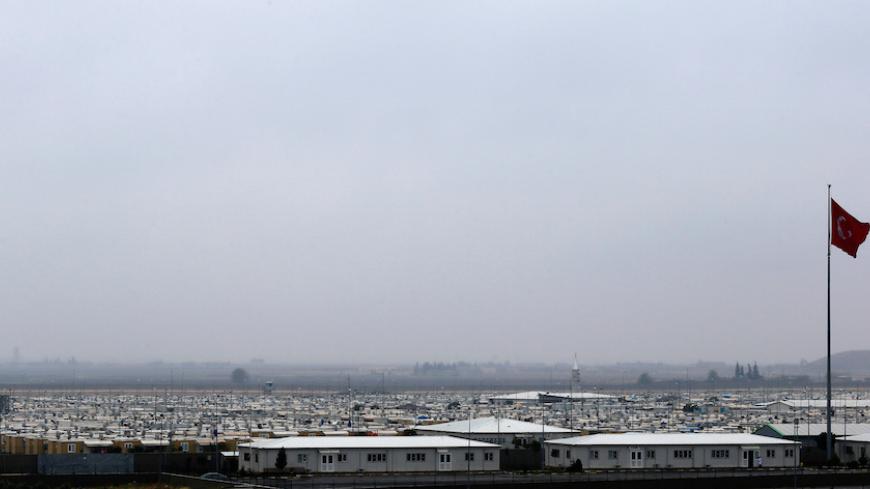 Turkey continues to maintain its official silence over the decision made public March 7 to order Oregon-based Mercy Corps, one of the biggest humanitarian relief organizations delivering aid to Syria, to shutter its Turkish operations.

“Our hearts are broken by this turn of events, which comes after five years of cooperation with the government of Turkey and other partners,” Mercy Corps Director of Media Relations Christine Bragale said in a statement.

But few in the Western aid community are surprised; some see the move as part of a broader campaign to pressure Western governments and aid agencies, among other things, over their purported support for a Syrian Kurdish group that Turkey views as terrorists.

Viewed in this context, the targeting of Mercy Corps — which is one of the most effective aid outfits inside Syria, reaching nearly half a million people per month — is obvious. For one, it’s American. Turkey is furious with the United States over its continued alliance with the Syrian Kurdish People’s Protection Units (YPG) in the ongoing campaign against the Islamic State. This is because of the YPG’s ties to the Kurdistan Workers Party (PKK), which is fighting for autonomy inside Turkey. Thus, Turkey wants international aid agencies to stop coordinating with the YPG as well.

Shutting down Mercy Corps may also be an unsubtle way of advertising the logistical nightmare the United States would face should it ignore Turkey’s demands to ditch the alliance with the YPG and get more deeply involved in governance in areas controlled by the YPG. Turkey’s long border with Syria renders its cooperation critical. Mark Toner, the acting State Department spokesman, said it was aware of Mercy Corps’ situation. “We have informed the government of Turkey of our concerns regarding Mercy Corps’ [program] closure and the impact it will have on their ability to provide critical humanitarian assistance to vulnerable populations,” he said.

For some time now, pro-government Turkish newspapers have been spouting conspiracies about international aid agencies operating along the Turkish-Syrian border. They claim that much of the help is going to Syrian Kurds in Afrin, a YPG-run enclave that is overwhelmed with internally displaced Arabs.

Ersin Ramoglu, a columnist for the daily Sabah, has led the charge saying aid agencies had delivered $1 million to the YPG through “couriers” and had acted with Fethullah Gulen, the Muslim cleric who is accused of masterminding the failed coup on July 15, 2016.

“Our southern provinces are teeming with spies. American and German foundations are at the fore,” he said in a recent rant. “They are very sly. They mingle with us under the guise of humanitarian aid.” That isn’t all. Ramoglu reckons the true purpose of the “US agencies” is “to set the stage for civil war in Turkey and to tamper with Syria’s demographics [in favor of the Kurds].”

In a related development, Hamza Ulucay, a highly respected translator for the US Consulate in the southern province of Adana, was arrested and formally charged March 7 with being a member of the PKK, which is on the US list of terrorist organizations.

Apparently during his 36 years of service at the mission, nobody noticed. The consulate whose remit includes monitoring developments in the mainly Kurdish southeast region is a favorite bugbear of the Turkish press.

Turkey’s paranoia about foreigners is nothing new and harks back to the last days of the Ottomans when the British, French, Italians and Greeks set up mandates in assorted corners of their crumbling empire. Then Mustafa Kemal Ataturk came to the rescue, overthrew the sultan and rewrote the terms of peace. This jealous protection of its sovereignty informs the government’s refusal, for instance, to let the United Nations take charge of the nearly 3 million Syrian and other refugees sheltering in Turkey and to grant them formal refugee status.

A Western aid official working on the Turkish-Syrian border lamented colleagues’ tone-deaf approach. “INGOs [international nongovernmental organizations] for the most part have largely ignored the reality of what it is to operate in a country with a strong state. Knowing how to engage, develop messaging for Turkish audiences was largely ignored or not prioritized,” the official told Al-Monitor on condition of anonymity.

The aid worker cautioned, however, “Shuttering INGOs is shortsighted for a Syria response. Working in rebel-held northwestern Syria, they do provide a lifeline to civilians.” And if more INGOs are shut down in quick succession, “who will step in to fill the vacuum? Has the Turkish government done any contingency planning?” the official asked.