Are pro-Erdogan groups buying arms to prep for potential coup?

A relative of Turkish President Recep Tayyip Erdogan has set up a group called the "Stay as Brothers, Turkey” against a possible new coup attempt. 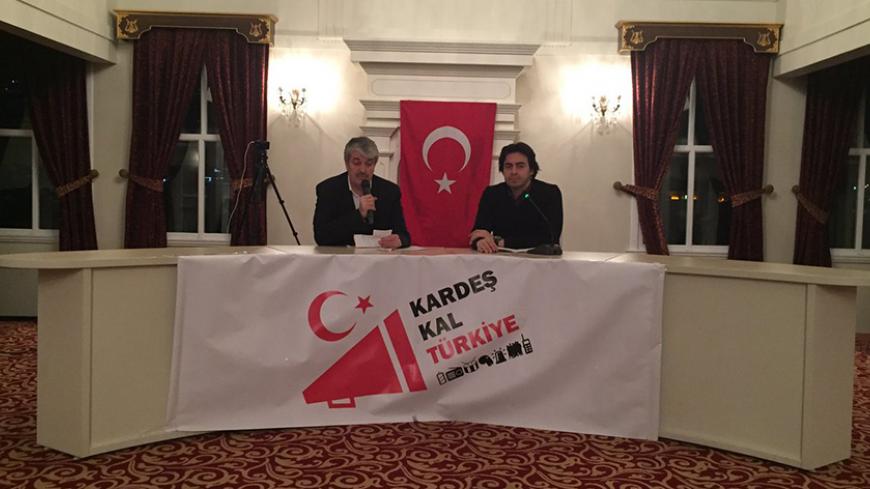 Since the coup attempt in Turkey on July 15, 2016, Ankara has been preoccupied with scenarios of a possible second coup attempt. These scenarios are sometimes made public before being immediately countered by measures the political rule and its affiliated civil society take.

The political rule is worried about potential new threats and has been undertaking radical measures, especially within the Turkish Armed Forces. Military schools have been closed, military hospitals have been transformed into civilian public hospitals and tens of thousands of people have been fired from the public sector, including the Ministry of Defense and Ministry of Interior.

Turkey's civil society responded to the rumors of threats with new structures that would not be allowed in a democratic country. The latest such body — "Stay as Brothers, Turkey" — was founded by Orhan Uzuner, a name known to the public.

Uzuner is not a politician but an engineer who started working for the Istanbul municipality in 1994. His life changed completely when his daughter Reyhan was introduced to President Recep Tayyip Erdogan’s son Bilal in 2003. Reyhan, who was only 17 years old at the time, was allowed to marry Bilal with a court permission, as she was not yet 18. That's how Uzuner became a relative of Erdogan. He subsequently resigned from his job with the municipality. When his new employer Betra Corporation was accused by a Court of Audits of causing losses for the Turkish State Railways, his name came up.

He made the headlines again when he founded "Stay as Brothers, Turkey," with the opposition secularist daily Cumhuriyet reporting the group's formation under the headline “Erdogan’s militias.”

Uzuner told his audience that he had set up the group to counter “a natural disaster, an earthquake or an uprising.” The group, which organized on WhatsApp, is said to have 500 members already.

Uzuner, in his address to the group, explained the preparations they were making to “warn the public and provide communications” in a time of danger. He said their smallest instrument is a whistle, but that he has a bullhorn in his car. Next, a wireless communication system and a radio station will be established. Also on the agenda are first aid courses to be organized by the Ministry of Health. In addition, Uzuner promised training for the group's members on how to use drones, yet did not explain the objective.

Uzuner concluded his speech by saying that the group is fully dedicated to Erdogan, and their supreme goal is to prevent harm to “our Quran, our prophet, our country and our nation.”

Some reports quoted Uzuner as saying, “We have weapons to use when needed." Uzuner denied saying this and claimed he was talking of "sirens not weapons."

While the debate of his use of the term "weapons" or "sirens" continues, people have not forgotten how paramilitary groups and militias were set up in the past. Husnu Bozkurt, an opposition lawmaker from the Republican People’s Party (CHP), asked Prime Minister Binali Yildirim to initiate an official inquiry. “The intention to set up a parallel arm cannot be ignored. You like Mussolini’s black shirts or Hitler’s brown shirts,” Bozkurt said in his written query to the parliament.

Although Uzuner insists his group is unarmed, other allegations about arming against a new coup attempt are widespread. Sinan Ogan, a lawmaker from the ultranationalist Nationalist Movement Party, charged the Justice and Development Party (AKP) with providing shopkeepers with weapons training. “We know that after July 15, shopkeepers who are normally bakers, grocers and barbers are taken to camps for weapons training. This semi-militia force is being prepared to take on the other segment of the population when the AKP feels it is needed,” Ogan said in an interview with daily Sozcu.

A man named Emin Canpolat, who refers to himself as the head of a nationalist, Islamist group on his social media account, called on people to “arm” themselves. “For the country, for the flag and for Erdogan,” Canpolat wrote.

Ankara’s staunchly pro-AKP Mayor Melih Gokcek recently said, “There has been extraordinary arming. Everyone buys a pump shotgun to keep in their house.”

Ahmet Akin, a CHP lawmaker, also said there has been a boom in sales of pump shotguns. No permit is needed to obtain these kinds of guns.

While Uzuner insists “Stay as Brothers, Turkey” was set up to resist “dangerous events,” he does not say who is to decide that an event is against Erdogan, the Quran, the prophet, the country or the nation. Who will then turn on the sirens in a country that is becoming more tense by the day?