A Turkish court has given sanction to public insults by the president against dissident academics, yet another omen of how subservient the Turkish judiciary has become. 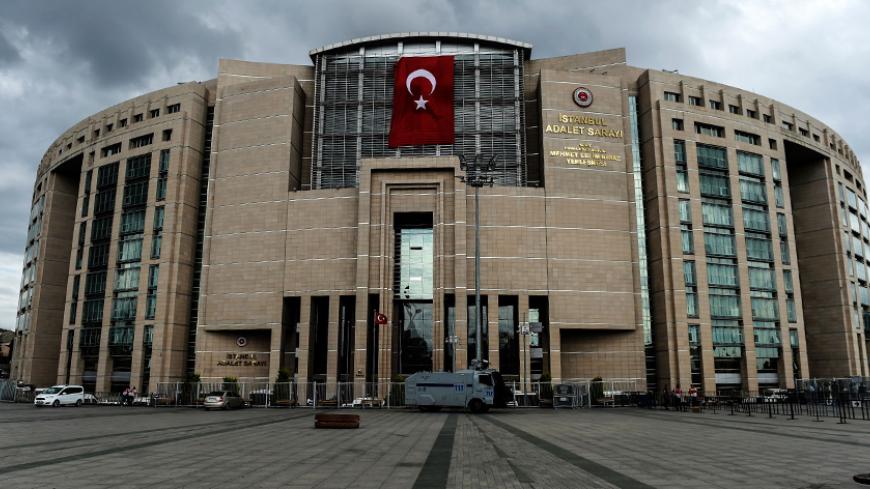 The botched coup attempt that rattled Turkey on July 15, 2016, marked a double setback for the country’s democracy. As the academic Vahap Coskun succinctly described it, the failed putsch “was an insurrection against the democratic order by a group that had infiltrated the state. Those in the seat of power realized that the most critical organs of the state had been functioning outside their control and that their hold of power had been to a large extent only an appearance.” Turkish democracy thus braced for a second “coup” on July 16 as the government embarked on a ferocious crackdown with the stated aim of dismantling the putschist network and in the process pushing the limits of the law with authoritarian and arbitrary measures.

It was in this climate that the Justice and Development Party (AKP) quickly moved to install a populist, nationalist order, an endeavor that continues today. This, in fact, is at the core of the April 16 referendum on constitutional changes, which are designed to equip President Recep Tayyip Erdogan with sweeping executive powers.

July 15 may have been a milestone in the erosion of Turkish democracy, but it was certainly not the starting point. The government’s reaction to academics critical of its Kurdish policies constitutes a telling example of the link between its paternalistic tendencies before July 15 and its hardening authoritarian attitude after the putsch. Prior to the attempted coup, these academics faced oppressive, arbitrary actions, but after July 15, the government launched a massive purge at universities that appears to serve as one of the foundations of the new era. How did it all begin?

On Jan. 11, 2016, 1,128 academics — 953 of them teaching in Turkish universities — denounced the government’s heavy-handed response to an attempted rebellion in the Kurdish-majority southeast in a joint statement, “We Are Not Going To Be a Party To This Crime.” Erdogan reacted furiously the following day in a speech to Turkish ambassadors broadcast live on television, proclaiming, "We are faced with the treason of so-called intellectuals, most of whom receive their salaries from the state, hold the ID cards and passports of this state and enjoy a prosperity level well above the country’s average. Anyone who bears enmity to this state despite living on it must get the punishment they deserve in the quickest possible time. Public servants who come out against the unity of their country and nation cannot be tolerated in any institution. … I’m calling on all relevant institutions to be sensitive on this issue and fulfill their duties."

It was an arbitrary order that spawned immediate action. Prosecutors launched judicial probes, and the first group of 14 signatories were detained Jan. 15, 2016. Heeding instructions by the Higher Board of Education, universities initiated their own disciplinary investigations. In the wake of the attempted putsch, the state of emergency allowed the government to issue legislative decrees, which it used to purge thousands of public employees — not only alleged followers of the cleric Fethullah Gulen, the accused mastermind of the coup, but government opponents of various stripes. The academics who had signed the declaration were a discrete target. To date, a quarter of them have been expelled and banned from public service, and pressure is mounting on universities that have so far resisted the purge.

Erdogan’s earlier fury at the academics continued to simmer. He called them “traitors,” “terrorist tools” and “dirtied souls” and hurled such epithets as “vile,” “dark as pitch,” “ignorant,” “disgusting,” “lumpen” and “depraved.” Baskin Oran, a leading scholar on international affairs, was the first to take legal action against Erdogan’s defamatory language, initiating a libel suit in March 2016.

Almost a year later, on Feb. 22, the courts dismissed the case. The stunning decision included the following justification: “In the face of those harsh and unfair accusations [in the academics’ declaration], it is only natural for the libelee — who, as the head of state, represents the unity of the Republic of Turkey and the Turkish nation and is responsible for the implementation of the constitution and the orderly and coherent functioning of state organs — to comment on and criticize the declaration. Thus, the libelee’s speeches should be considered within the scope of his right to express criticism and dissenting views against the declaration.”

The ruling is a telling sign of how obedient and subservient the judiciary has become vis-a-vis the government, which, in turn, is a reflection of how arbitrary the government has become. It is another link in the same chain that began with the president’s vitriol against the academics and continued with their prosecution and expulsions.

Oran’s lawyers had argued to the court, “[Erdogan] is the top representative and functionary of the state. He wields influence over the Turkish Armed Forces, judiciary organs and an important part of the populace. So much so that many people consider his words to be an order.” In this context, the court’s justification in rejecting Oran’s claims constitutes a scandalous decision, which is likely to have a symbolic and lasting effect.

Apart from the disparity between the plaintiff and the libelee, the scandal involves the irony of Erdogan’s lawyer seizing on the issue of international standards of free speech. In papers filed with the court, the attorney quoted judgments of the European Court of Human Rights, asserting that freedom of expression covers “information and ideas that offend, shock or disturb the state or a sector of the population, and without them there is no democratic society.”

Yet, any “disturbing” opinions and information or even ordinary criticism of Erdogan is landing Turks in court and behind bars today. According to the Justice Ministry, prosecutors opened 1,845 cases against people for “insulting” the president from August 2014 to March 2016. The cases, many of which stem from complaints filed by Erdogan’s lawyers, became a major tool for suppressing free speech. The number increased to about 3,000 in the wake of the coup attempt, at which point Erdogan said he would withdraw them in a gesture to the opposition.

The relationship between the government and the judiciary smells worse by the day. What will happen if the referendum green lights the constitutional amendments? One dare not try to imagine.