Iraq's Sunni tribal fighters fear they will be isolated from Iraqi society after the elimination of the Islamic State. 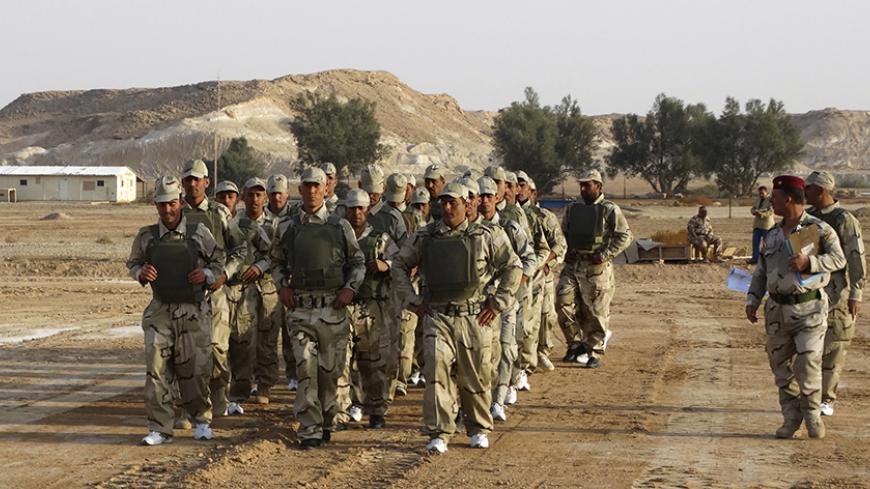 ERBIL, Iraq — Though Sunni tribal fighters work alongside the Shiite-dominant Population Mobilization Units (PMU) in the war against the Islamic State, memories of what came after the 2006 Anbar Awakening have left many in Iraq’s westernmost region wary.

Several residents of Anbar who took part in the fighting a decade ago, which wrested much of the region from al-Qaeda control, say they were detained in subsequent years by the authorities on frivolous charges.

The current head of the provincial council, Ahmed Hameed al-Sharqi, for example, told Al-Monitor in January that he had been jailed and released only after an enormous bribe had been paid and the US military acted as a mediator to secure his release.

After the first leader of the Awakening, Sheikh Abdul Sattar Abu Risha, was targeted and killed by al-Qaeda in 2007, his brother Ahmad Abu Risha took over the leadership of the Anbar Salvation Council. A warrant was issued in October for his arrest under Iraq’s anti-terrorism law, and he is thought to have left the country.

Others say they continue to feel abandoned by their erstwhile ally, the United States, but are even less trusting of the current Iraqi government.

Sheikh Jasim al-Suwaydawi, a founding member of the Awakening, told Al-Monitor in an interview in his family home in Soufiya, near Ramadi, that one of his 11 children had been killed fighting al-Qaeda in 2006 and another by the Islamic State (IS) in 2015.

A former aircraft technician in Saddam Hussein’s air force from the Abu Soda tribe, Sheikh Jasim was left unemployed after 2003. He began fighting al-Qaeda after the group killed several of his family members, including his brother, in late 2006.

A cemetery near his home visited by Al-Monitor houses the graves of his many relatives killed in the two waves of anti-insurgent conflict. Some were killed while fighting al-Qaeda and others simply because they were civilians linked to Awakening members.

Another of his sons, who funneled key information to the security forces for years, is now unemployed and struggling to survive financially.

The suburb of Erbil where Nihad, Sheikh Jasim’s son, lives is home to many internally displaced persons from the Sunni strongholds of Salahuddin and Anbar, as well as Mosul. He told Al-Monitor that he now scrapes by as an occasional taxi driver and mechanic, trying to feed the "many orphans in our home of family members killed while fighting al-Qaeda."

While visiting family in early March, Nihad said he would return home when his children finish school. However, he said, they suffer a great deal from being called "Americans" by many in Anbar.

"Working with them [US forces] has marked us," he said, stressing that most no longer have jobs or ways to provide for their families and have also become prime targets for insurgent groups.

In years prior, the United States provided monthlong courses in topics like map reading and transmitting coordinates for information purposes, according to Nihad, but many others underwent various types of military training in the Habbaniyah military base and Ramadi.

Nihad said he worked with the emergency police regiments until 2015, but that he stopped receiving a salary. In 2014, two of his cousins, also working with the same regiment, and his 16-year-old newly recruited brother were killed near his family home by an IS sniper.

When the family fled IS in 2015, he said, they got trapped in the desert, and "only after local media reported that we were there were we able to leave."

"The US forces forced the Iraqi government to let us through," he said.

Nihad said the family tried for a while to live Baghdad, but they left for the Kurdistan Regional Government area after he was stopped at a checkpoint and spent the night in jail "for no reason whatsoever, after they saw where I came from."

His father, Sheikh Jasim, and most of his family have instead returned home after the area was retaken from IS.

Nihad said he continues to pass along information, unpaid, from his network of sources to the Iraqi Counter Terrorism Service (CTS), which he considers the only reliable security force in Iraq.

The operation to retake the western part of Anbar, which is still under IS control, has been put on hold. The Iraqi government's current priority is to retake western Mosul.

The tribal-based Sunni militias, known as Hashd al-Ashairi, are expected to play a dominant role in their native area, though within the PMU they are a small minority.

An Iraqi law passed on Nov. 26 made the PMU an official body, with salaries and pensions for the fighters. The law caps the number of fighters at 50,000, 15,000 of whom are supposed to be Sunni.

As Omar Sattar reported for Al-Monitor in early December, "Current figures indicate that there are 150,000 fighters in the [mobilization units'] ranks. The 2017 budget, however, includes funding for 110,000 fighters …," making it unclear who will be provided with salaries and who will not.

A security officer told Al-Monitor that the push west toward the Syrian border is expected to resume "soon," but that no official date had been set.

The various local tribal fighters, as well as information from informants on the ground, will be key to the fight. How those who take part in the fighting are treated afterward will likely be a decisive factor for Iraqi security in the years to come.