The Palestinian Cabinet has formed the National Disaster Risk Management Committee to study and better prepare for national disasters. 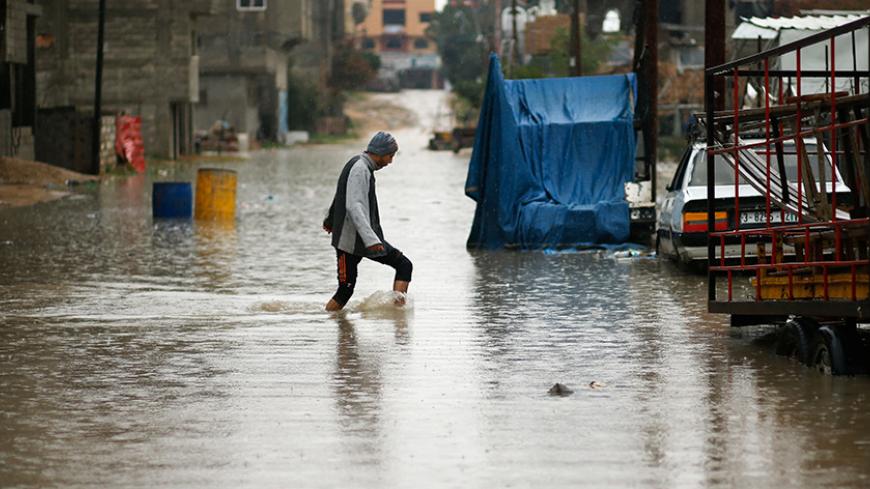 RAMALLAH, West Bank — During its weekly meeting on March 7, the Palestinian Cabinet decided to form a National Disaster Risk Management Committee headed by Prime Minister Rami Hamdallah. The committee is tasked with forming a technical team representing ministries, governmental agencies, and the private and academic sectors. This team will establish a National Disaster Risk Management Center, and a law will regulate the work of the center.

The institutional and legal framework of the disaster risk management system has been set by a national team of 35 representatives of governmental agencies. An international advisory team, represented by the Istidamah Development Sustainability Company that brought an international expert from Iceland, started working with the national team in February 2015. Both teams also worked alongside Palestinian legal expert Mahmoud Dudin, who drafted the final version of the framework, which took a year and a half to be completed.

The work achieved during the first stage of the framework drafting was handed over to the Cabinet in June 2015 for examination and review with local partners. As for the system procedures, they will be finalized and submitted to the Cabinet in June, Mohammed Odeh, the coordinator of the National Disaster Risk Management Team, told Al-Monitor.

The center aims to effectively institutionalize the disaster management process in Palestine through a system with clear competencies and adequate capabilities. Such a system would ensure the smooth achievement of disaster management goals away from administrative and bureaucratic complexity. It also seeks to set effective and efficient coordination mechanisms among the various involved components when responding to disasters and sudden-onset emergencies. These components include civil society organizations, the private sector, citizens, and possibly international relief and international organizations such as the United Nations.

Odeh said the framework of the system was developed based on the situation in both the West Bank and the Gaza Strip, and that it will serve as a national project that would benefit all Palestinian territories.

Asked about the reasons that led Palestine to create a disaster risk management system, Odeh said that Palestine needs to coordinate its disaster risk management efforts so that it is ready for disasters before they occur. Palestine did not attend the events of the 2005-2015 Hyogo Framework for Action, which was adopted by the UN member states as the main risk reduction tool and whose goal is to build the resilience of states and communities to disasters. Palestine joined the 2015-2030 Sendai Framework for Disaster Risk Reduction — which was held on March 18, 2015, in Japan — to make up for its absence from the Hyogo Framework for Action.

Odeh said that Ban Ki-moon, the former secretary-general of the United Nation, visited Palestine in August 2013 and signed a general cooperation agreement with Palestine to help it cope with disasters. The visit was preceded by several meetings between Ban’s Special Representative for Disaster Risk Reduction Margareta Wahlstrom and several Palestinian ministries and institutions in February 2013.

Also, the Palestinian presidency and the United Nations Development Program (UNDP) signed a memorandum of understanding in December 2013 to form a national technical team tasked with developing a disaster risk management system. The team, once formed, worked with the UNDP and coordinated with the UN Office for the Coordination of Humanitarian Affairs to organize an international field visit to the Palestinian territories.

As per the memorandum, the UN sent in March 2014 a Geneva-based United Nations Disaster Assessment and Coordination team consisting of 15 experts headed by Terje Skavdal to Palestine for two weeks. The team issued its final report on April 3, 2014, and emphasized that for the world to support Palestine to access a disaster risk management system, Palestine must develop a legal environment as far as risk management is concerned and create an institutional framework capable of managing and dealing with risks and disasters, according to Odeh.

In December 2014, the Palestinian presidency signed another joint cooperation agreement with the UNDP to develop the legal environment and the institutional framework of the disaster risk management system.

“The second stage of the risk management development program was the signing of an agreement between the Palestinian prime minister and the UN in September 2016, under which the prime minister secured the political will to form and establish a disaster risk management system and invite agencies and ministries to cooperate in this regard,” Odeh said.

He noted that Palestine will start preparing a risk analysis study and a national disaster risk management strategy in early 2018. In the second half of the year, a risk map will be established for Palestine for the coming years. The map will require a year and a half to be completed and will show the most prominent risks and disasters that may face Palestine and show the likelihood of their occurrence based on scientific studies to be carried out.

Jalal al-Dabbeek, the director of the Urban Planning and Disaster Risk Reduction Center at An-Najah National University in Nablus, told Al-Monitor that the establishment of the National Disaster Risk Management Center within a clear law that regulates its work aims to keep pace with international developments related to the application of global concepts similar to the Hyogo and Sendai frameworks.

He noted that the national center, which will be headed by the Council of Ministers, will form a national committee composed of officials from governmental and nongovernmental institutions to manage and follow up on the work of the center through government funding. Therefore, it will have a great impact compared to the individual work that was carried out by the civil defense, the police or the Red Crescent prior to the establishment of the center.

Dabbeek emphasized the need to train and develop the capacities of the local staff in the ministries and municipalities to implement the disaster management system in line with the mechanisms to be developed.

“If these capacities are not built and developed, there will be a slowdown in the achievement of the objectives and functions of the center,” he said.

To develop the human potential for disaster risk management, An-Najah National University launched in September 2015 a new master’s degree program titled Disaster Risk Management and headed by Dabbeek. This came in response to Palestine's need for this specialization and the recommendations of involved international and Arab institutions, most importantly the UN International Strategy for Disaster Risk Reduction and the Hyogo and Sendai frameworks.

The university program was launched through the implementation of the Earthquake Risk Reduction Project in Palestine in coordination with the European Center for Training and Research in Earthquake Engineering.

According to Dabbeek, the program aims to develop the capacity of the Palestinian community and its institutions, namely ministries, municipalities and Palestinian governmental and nongovernmental institutions, all the while providing them with the basic disaster management planning and risk reduction concepts and elements.

Although the efforts of national institutions in times of disaster were already felt — albeit in an improvised and random manner — the system that Palestine is seeking to establish will form a strong framework of networking between the involved components. It will lead to coordination among the provinces and municipalities because it is binding on all parties, which could help contain disasters and mitigate their effects.