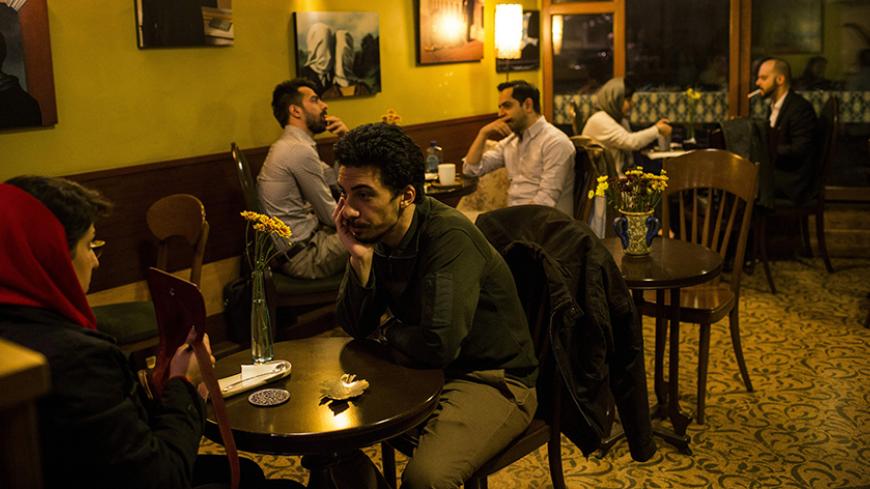 TEHRAN, Iran — During the past few years, network marketing has become a popular occupation among the youth in Iran. Having successfully managed to distance themselves from controversy involving pyramid schemes, these network marketing firms operate with all necessary licenses and permits.

As a business model, network marketing has been present in Iran since 2009. To generate substantial revenues, each marketer must recruit sellers to his or her network. In theory, if each marketer recruits two people as sub-marketers, and each of these individuals in turn recruits two more marketers, the original marketer will earn commissions from four people on the second tier. The arithmetic is straightforward: eight earners on the third tier, 16 earners on the fourth tier, and so on. In other words, there is room for exponential growth if the number of earners on different tiers keeps increasing. In the United States, companies that fall under the network marketing umbrella include brands such as Avon and Tupperware.

Given some of its similarities with the sales models employed by pyramid schemes, network marketing has been the subject of much discussion in Iran. The debate involves the question of whether the method of profit earning is legal and religiously sanctioned. Ayatollah Ali al-Sistani, the senior Shiite religious authority in the holy Iraqi city of Najaf, has publicly declared that the business model is an unacceptable way of earning money. Meanwhile, in Iran, prominent Qom-based Ayatollah Naser Makarem Shirazi has written on his website that network marketing is only legitimate if all profits are granted to the marketer in question, adding that “any other way of allocating profit is illegitimate.”

After much deliberation, an inquiry was put forth by the Ministry of Industry, Mine and Trade to Supreme Leader Ayatollah Ali Khamenei regarding the matter. In response, Khamenei on May 20, 2015, declared that network marketing is indeed a legitimate activity. Since then, uncertainty about whether the business model is legal has decreased. Simultaneously, new mechanisms for detecting irregularities in network marketing have been established. Among these, the Ministry of Industry, Mine and Trade has launched a website dedicated to the business model — not only to provide information, but also to facilitate and follow up on the process of registering network marketing companies. According to the website, 23 such companies have been licensed to operate in Iran within fields such as food, chemicals, health care and cosmetics. Meanwhile, a committee made up of officials from the Ministry of Industry, Mine and Trade, the Intelligence Ministry, the Justice Ministry and police closely monitors both the activities of these companies and the process of issuing their licenses.

Although the heavy shadow of pyramid-style businesses still looms over network marketing, this method of earning money has become more and more popular among young Iranians. Tahoora Shahbazi, who joined a network marketing company in November, told Al-Monitor, “The entire process of joining and earning money by using these networks takes two years. One must increase one’s tiers and branches and sell more products during these two years.” When asked about the way these networks function, she said, “One major difference between these companies and pyramid-style companies is that with network marketing firms, one buys products. These products are not unusual products, but rather everyday goods, such as food — something that every family needs — or detergent and sanitary products, or even products such as watches, sunglasses, etc. These are the types of things that can be easily sold to friends or family members.”

In response to criticism of the similarities with pyramid schemes, which continues to cause hesitation among ordinary Iranians, one of the arguments put forth by supporters of network marketing is that it provides new ways to sell products — and that it has especially boosted trade in domestically made goods. Alireza, who has a bachelor's degree in electrical engineering but was previously unemployed, told Al-Monitor, “I have been active in this field for about a year and I truly enjoy it. Aside from making good money, we are helping the country’s economy. Traditional marketing and sales methods are not working anymore. By using this method, we can introduce and sell products faster and better. This way, everybody wins since the buyer gets a discount and the seller can sell more products.”

In this vein, Shahbazi also explained the popularity of these firms among young Iranians, “Our company is one of the largest of its kind in Iran. We have about 2,000 employees in our central office, and we also have a lot of people working for us in our provincial offices. Based on the standard plan introduced by the company’s board, from the moment of entry to the time of departure from the company, which is generally known as ‘retirement,’ each employee’s income will reach $54,000 per month. This exponential income generation continues even after an employee ‘retires,’ through the activities of lower tier recruits, who continue to support income.”

Al-Monitor could not verify whether those figures are accurate; however, such earnings are all but unattainable for network marketers in the United States. But in a society where, based on Ministry of Labor directives, a common laborer earns $230 per month, the thought of earning sums such as the above is beyond tantalizing. Yet in spite of the apparent increase in the Iranian public’s interest in network marketing, bitter memories of pyramid schemes still loom fresh in people’s minds. Thus, despite the mind-blowing money said to be at stake, most Iranians prefer not to risk their assets and rather choose to forget about the tales of magical sums of money to be made.