It seems Saudi Arabia is more interested in Yemen than in Syria these days, which explains dwindling Gulf support for Syrian rebels. 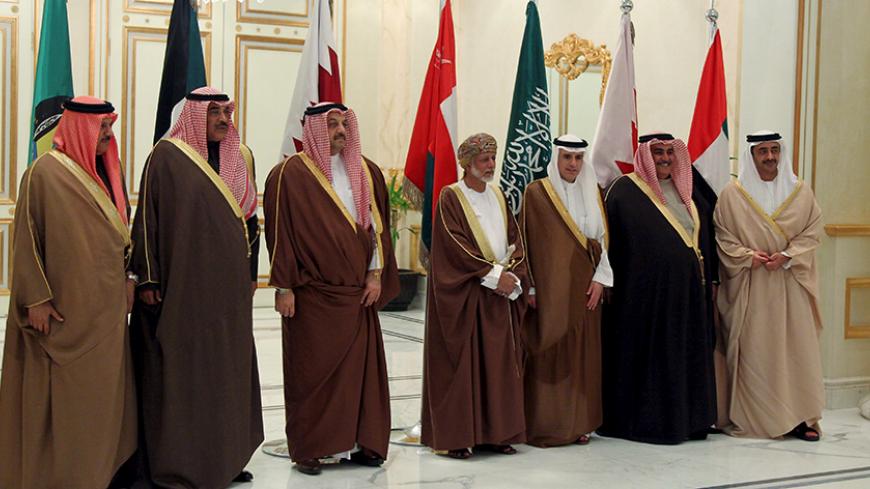 The situation appears grim for the Syrian opposition in the wake of the Geneva meeting — which ended March 3 — with a delegation from President Bashar al-Assad’s regime. The December loss of Aleppo to the regime followed by Russian-sponsored peace talks in the Kazakh capital of Astana in January have further divided a fragile rebel front and marked a turning point in the Syrian conflict.

Yet the major Gulf states (Saudi Arabia, Qatar and the United Arab Emirates), which have been the Syrian rebels’ main backers, have remained relatively mum on the significant shift taking place in the war-torn country. Have Gulf countries given up on Syria?

Since the war began six years ago, the Gulf Cooperation Council (GCC) has been heavily involved in Syria. In October 2015, one month after the launch of Russian military operations backing the regime, Gulf countries beefed up their military support to Syrian rebel groups ranging from the Free Syrian Army (FSA) to the Islamist Jaish al-Fatah. Yet military support has slowly dwindled, as seen in the relative freeze of the southern Syrian front and the fall of Aleppo in December.

“It seems as if Syria ceased being a priority for Saudi Arabia [after] the beginning of the Yemen conflict. Gulf countries have spent far more resources on Yemen than they have on Syria, because it represents a far greater threat to Gulf national security. The conflict in Syria [in the view of the Gulf] revolves around limiting what Saudi Arabia perceived as Iranian influence,” Mohamed Hineidi, a senior analyst at the UAE-based think tank Delma Institute, told Al-Monitor.

Gulf countries' rivalry with Iran emerged against the backdrop of the 1979 Islamic Revolution, which positioned the mullahs’ regime as a competitor for Saudi Arabia. The Arab country is considered the center of Islamic legitimacy and leadership, which Iran is vying for.

“The realization of an Islamist, anti-monarchical, theocratic Shiite revolution in Iran was profoundly alarming to Saudi Arabia and many other Arab countries including most, if not all, of the other Gulf states,” Hussein Ibish, a senior resident scholar at the Arab Gulf States Institute in Washington (AGSIW), explained in a report published in June 2016 by the think tank.

In addition, Iran’s creation and nurturing of nonstate actors in Arab countries — such as Hezbollah and the Islamic Dawa Party in Iraq — was viewed as a direct threat by Gulf countries. Hezbollah is perceived by Gulf states as a powerful tool serving Tehran's expansionary policies. King Abdullah of Jordan was one of the first people to warn against the creation of a Shiite crescent spreading from Iran to Lebanon via Iraq and Syria.

The beginning of Syrian protests and the unfolding war in 2011 represented a major destabilizing factor in the Arab region, allowing Iran to strengthen its hold in the Levant by shoring up Assad’s regime with the deployment of 20,000 foreign fighters, mostly Shiites from Iraq, Lebanon, Afghanistan and Pakistan. Iran’s significant investment in Syria — estimated by a UN official quoted by Bloomberg at $6 billion annually — and Russia’s military backup paid off starting in 2016. The regime was able to wrestle back from rebels the last major urban center, Aleppo, while sieges and deals also brought the situation under relative control in areas around Damascus such as Zabadani and Madaya.

Iran’s aggressive stance on Syria against the backdrop of a Saudi retreat can be attributed to the various players’ views of the region and their priorities. “Syria is seen as a linchpin of Iran’s status as a major regional power; the prospect that Tehran could be deprived of this all-important asset due to the rebellion against the Assad regime has made Syria a focal point of the regional rivalry,” according to the AGSIW report.

However, for Saudi Arabia and Gulf countries, Yemen is perceived as a direct strategic threat. “Yemen is seen as an essential battleground, as it lies in the backyard of the GCC states and is especially crucial to Saudi Arabia geographically, culturally, politically and strategically,” Abdulkhaleq Abdulla, a Dubai-based independent expert, told Al-Monitor.

While Syria constitutes a problem for the Gulf, its repercussions at the terrorism level are still manageable. “There have been some 18 terror attacks on Saudi Arabia — eight of which were executed, the others stopped,” Mustafa Alani, a security expert at the Gulf Research Center, told Al-Monitor.

Another detriment to the opposition was the shift in the balance of power: The regime’s capture of Aleppo was accepted by Gulf states as an irreversible blow to the Syrian opposition, Hineidi, the Delma analyst, explained.

The change in Turkey’s solid anti-Assad attitude, at least publicly, represented an added challenge for Gulf states. Turkey and Russia reached a deal in August resulting in Ankara assuming a laissez-faire approach to the regime: Moscow gave Turkey the green light to enter northern Syria under the banner of Operation Euphrates Shield. This operation not only pushed into the Islamic State (IS) stronghold, but also landed a serious blow against Kurdish ambitions to unite the three Kurdish cantons of Hasakah, Kobani and Afrin, which could have paved the way for future independence. Without Ankara’s full support, GCC countries are unable to increase military support to rebels, as the Turkish border is the only supply route to northern Syria.

“Nonetheless, there are ongoing talks with Turkey and close coordination,” Abdulla said.

To Alani, of the Gulf Research Center, Turkey’s and the GCC’s understanding is solid since both powers face similar threats, namely in the form of Iran, and Iraq's armed Popular Mobilization Units.

These nearly concomitant events have left the Syrian opposition isolated and further weakened. Demographic changes occurring in Syria, with rebels pushed out of the Damascus region and Aleppo to the northern areas, has only added pressure on the already-fraying opposition. Increased clashes and fragmentation have taken place within major groups such as Ahrar al-Sham, followed by the emergence of new groups at the behest of Jabhat Fatah al-Sham, under the name Hayat Tahrir al-Sham. The military head of the group, Jabhat Fatah al-Sham’s Abu Mohammed al-Golani, in late February denounced the opposition's participation in the Geneva talks, calling on rebels instead to launch fresh attacks.

“Many of the rebel groups fighting each other are extremist organizations," Hineidi explained. "Recently, clashes erupted in the opposition stronghold in Idlib between Liwa al-Aqsa, which espouses an ideology similar to IS, and the Tahrir al-Sham assembly led by Jabhat Fatah al-Sham [formerly the al-Qaeda-affiliated Jabhat al-Nusra]. It is highly unlikely that the Gulf is interested in attempting to resolve the dispute between those two organizations. In short, no country seems to be putting any pressure on opposition groups to cease fighting, unless one of those groups is a direct client of those countries.”

The GCC countries thus appear to have assumed a backseat position regarding Syria, which is unlikely to change anytime soon. This position also seems to be linked to a wait-and-see approach adopted by Gulf countries with regard to US President Donald Trump’s promises on the possible establishment of safe zones in Syria.

Arab countries may be banking as well on Russia as an interlocutor, given the internationalization of the conflict. “Unlike Iran, Russia is not defending a sectarian cause. Its objective is to establish a secular state, which is also what Gulf countries want. Russia also wants to make sure the regime’s structure does not collapse, which converges with Arab interests” to guarantee the survival of Syria's security infrastructure, Alani concluded.

So for now, Gulf countries appear to favor a wait-and-see approach hinging on two unknowns: Trump's new US policy on Syria, and Russia’s capability to broker a deal.