Are women the solution to Egypt’s economic problems?

Many economists and experts expect women to boost the Egyptian economy by assuming more leadership positions. 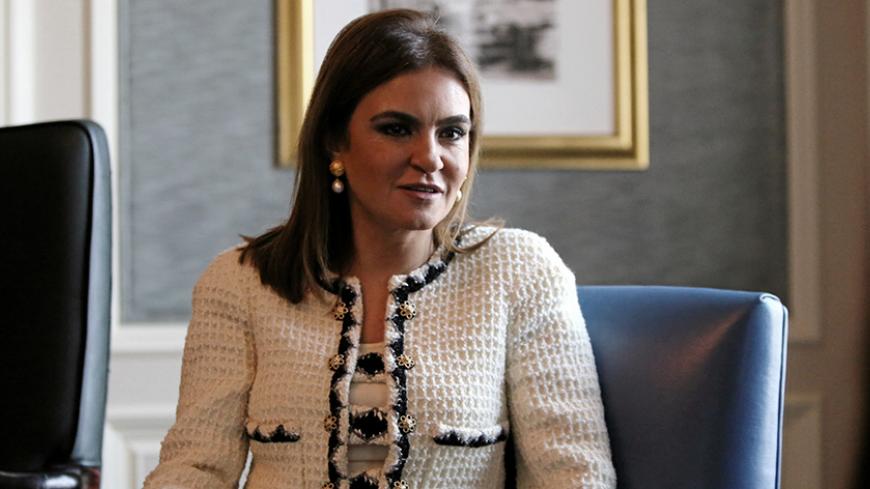 CAIRO — Efforts and programs calling for the empowerment of women at all levels, especially the economic level, have become an important part of the statements and plans of international organizations and Egyptian institutions. Hassan Behnam, general manager of the French Chamber of Commerce and Industry in Egypt, delivered a speech on behalf of the managing director of the International Monetary Fund, Christine Lagarde, at “The Points of Views of Francophone Women Around the World” conference held at the library in Alexandria on March 15, saying that the female labor force participation rate in Egypt stands at 35%.

These objectives were also highlighted by Minister of Investment and International Cooperation Sahar Nasr at the opening speech of the Business Women of Egypt 21’s third annual “Women for Success – Leveraging Women Network to Excel” conference at the premises of the Arab League on Feb. 19.

Nasr announced that a special office will be established at the Ministry of Investment to facilitate the work of Egyptians and Arab businesswomen who wish to establish investment projects in Egypt.

She also noted that she will see to the allocation of 50% of the ministry’s funds and grants for women in coordination with development partners, asserting that the Ministry of Investment and International Cooperation will spare no effort to ensure a suitable environment for economic empowerment of women and to provide and facilitate their participation in private sector projects. She also said the ministry will cooperate with all Egyptian, Arab and international partners to ensure the necessary technical support to encourage women’s investments.

The conference’s outcomes were not limited to the promises made by Nasr. Along with Minister of Social Solidarity Ghada Wali and head of the National Council for Women Maya Morsi, Nasr witnessed the signing of a protocol of cooperation to sponsor the “Forsa Initiative” to meet the needs of the private sector and the labor market through the employment of women and their economic empowerment, between businesswomen associations and the officials in charge of the Forsa Initiative.

The Forsa Initiative is an educational initiative launched in February 2017 under the auspices of the Ministry of Social Solidarity, offering educational programs via a partnership between the British Harvest College and Ain Shams University in Egypt.

Calling for the economic empowerment of women raised a question about the ability of women in general and businesswomen in particular to improve the Egyptian economy and pull it out of its crises.

In this context, Anis Aclimandos, president of the American Chamber of Commerce in Egypt, told Al-Monitor, “Women’s participation in the business sector in the Middle East is around 30%, while this rate hovers around 50% in developed countries.”

“The 50% rate is normal because women represent about half of the society, which of course includes leading figures able to establish private investments and brilliant women that may be hired in leading positions in these investments,” he said.

Aclimandos added, “Encouraging women to work and invest would lead to the highest exploitation of the capacities of half of the society. Marginalizing and neglecting these capacities and not according adequate attention to their exploitation would keep women away from leading positions and entrepreneurial initiatives, and this means wasting, disorganizing or misusing almost half of the society’s capacities.”

Talking about women’s professional practices, he said, “Companies where women are part of their board of directors achieve great results, because women are hard workers and perfectionists. This may be seen in a number of fields other than the corporate field, such as in politics where female ministers ... such as Ghada Wali and Sahar Nasr [are excelling]. Another example is the American Chamber of Commerce, where women constitute 85% of its administrative structure.”

In turn, Mervat Tallawy, former secretary general of the National Council for Women and director general of the Arab Women's Organization (AWO), told Al-Monitor that AWO set up a roundtable in December 2016 to shed light on women's economic roles and the successful experiences of many businesswomen.

Tallawy said, “The roundtable referred to a number of studies that confirmed the positive effect of the active participation of women in the economy as a businesswoman. Positive effects include a 35% rise in bank savings when promoting ownership rights for women. Moreover, institutions run by women are more environmentally friendly. Employing women in leadership positions and other [senior] positions increase labor productivity by up to 25% in some countries.”

Head of the Women's Committee at the American Chamber of Commerce in Egypt Dina Mufti told Al-Monitor that equal opportunity is the most important pillar for maximizing the role of women in economic activity.

“The idea of a special office at the Ministry of Investment to empower businesswomen and help them overcome potential obstacles would ensure equal opportunities, while women have been suffering long years of marginalization, especially in the economic field,” she said.

Mufti added, “Businesswomen hailing from families of economists and businessmen probably do not feel the constraints faced by women in the business world in general. Those who are affected the most are young businesswomen seeking to establish small and medium enterprises. This type of project should be a basis for economic development in Egypt.”

Economist and business experts agree on the need to empower women, given the projected positive impact this would have on the Egyptian economy and development plans.

But the success of the Ministry of Investment’s office for the empowerment of businesswomen depends in general on the seriousness of the adopted strategies.