Senate Democrats are warning Ankara not to take out its anger over US aid to Kurds on Mercy Corps. 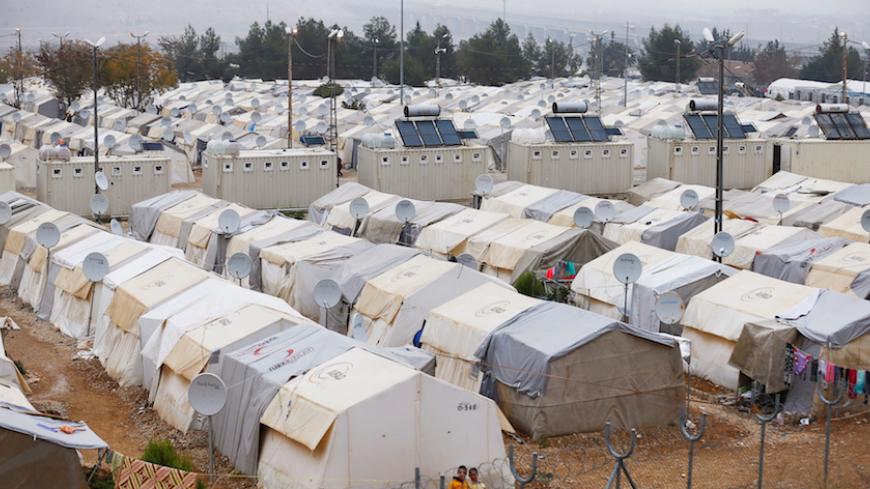 Senate Democrats on March 15 vowed to get answers from Turkey one week after Ankara moved to shut down one of the US government's largest partners for aid to Syria.

On the sixth anniversary of the start of the Syrian civil war, Mercy Corps CEO Neal Keny-Guyer testified to the Senate Foreign Relations Committee that Turkey's recent decision to revoke its registration to operate in the country has disrupted "lifesaving assistance" to 360,000 Syrians every month and "effectively ends" support for 100,000 refugees as well as Turkish families inside Turkey. Turkey hasn't provided a justification for its decision, which was made public March 7, but it is widely seen as using Mercy Corps as leverage to get the United States to cease its support for Syrian Kurds, whom Ankara views as a terrorist threat.

"I'm never surprised by what I hear. But you just don't use this as leverage, people who are suffering," Sen. Ben Cardin, D-Md., the top Democrat on the Senate Foreign Relations Committee, told Al-Monitor. "There are war crimes that are being committed in Syria by Iran and Russia because they're using civilians as leverage. That's not allowed. To me, that's actionable."

During the hearing, Cardin said he would be partnering with other lawmakers to press Turkey to reverse course.

"A number of us are reaching out to the Turkish government, through the ambassador here, to try to see if we can get answers and possibly be helpful," Sen. Tim Kaine, D-Va., told Al-Monitor afterward. "I don't see how it helps them to have people who are providing help for these refugees do less work for them. I think that would create more challenges."

Kaine said he did not want to "prejudge" how Congress might react before hearing what the Turks have to say. Ceasing support for the Kurd-dominated Syrian Democratic Forces (SDF) that are battling the Islamic State (IS) is unlikely, however: Just as the hearing got under way, Kaine introduced a bipartisan war anniversary resolution that "commends" the SDF for its support of the anti-IS coalition.

Mercy Corps had been reluctant to speak out publicly about the incident to avoid antagonizing Turkey, but it may have felt compelled to as its last reserves inside Turkey dwindle and it is barred from bringing any more inside the country. Instead, the nongovernmental organization is working with the US Agency for International Development's Office of Foreign Disaster Assistance and the State Department’s Bureau of Population, Refugees and Migration to try to fill any gaps.

In his testimony to the committee, Keny-Guyer called Turkey's actions "deeply disturbing." But he also went out of his way to praise Ankara's response to the refugee crisis, which has seen Turkey host more than 3 million Syrians.

"Turkey has been a generous global leader in humanitarian action," he said, adding that Turkey "boasts one of the world’s most progressive policies on refugees, allowing them to earn a living for their families and offering them a clear path to citizenship."

Still, he made clear that Mercy Corps would continue to treat all Syrians the same. Turkish authorities appear to be particularly incensed at aid going to Kurdish-controlled Afrin in Syria, which has been overrun with Syrian Arabs displaced by the war.

"If we were to appear to take sides, our credibility and our ability to reach the people in greatest need, as well as the safety of our staff, would be in grave jeopardy," Keny-Guyer said in written testimony. "Our situation raises the very real specter that principled humanitarianism is imperiled."

He was joined at the hearing by three Syrian doctors, two of them masked to hide their identities, and David Miliband, president and CEO of the International Rescue Committee.

The hearing wasn't free of partisan politics, with Cardin leading the charge in criticizing the Donald Trump administration for its refugee and travel ban and the March 16 release of a budget that is expected to propose cutting State Department funding by 37% over three years. He also urged the White House to get actively engaged in ongoing Syrian peace talks rather than let Russia and others take the lead, something Miliband enthusiastically seconded.

"The truth is the United States has been absent from the recent public diplomatic efforts. Russia, Turkey and Iran have put themselves center stage," Miliband said. "There is not just a war without end in Syria, there is also a war without law. And a principled American voice is needed to articulate support for international humanitarian law and accountability for those who violate it. The truth is, if the United States does not provide this voice, no one else will."

Jim Risch, R-Idaho, the Senate Foreign Relations Middle East and North Africa panel chairman, countered that the United States had been flailing around without a clear strategy in Syria under President Barack Obama for years before Trump got on the scene. Syrian witnesses at the hearing said the United States — and the world — had failed Syrians in Aleppo, and urged greater engagement going forward.

Breaking with the Trump administration's America-first mantra, Sen. Marco Rubio, R-Fla., spoke for many members of the committee when he vowed to continue fighting for US leadership in Syria and around the world.

"To those who have argued in the past that America's got a lot of problems and we should be focused on our problems and let other countries focus on their problems — it doesn't work that way," he said. "This is what the absence of US leadership looks like. And sadly I believe it's a bipartisan absence in many cases that has led to this situation."