Al-Azhar and the Vatican have resumed talks that address the root causes of extremism, highlighting the means of combatting terrorism and religious extremism. 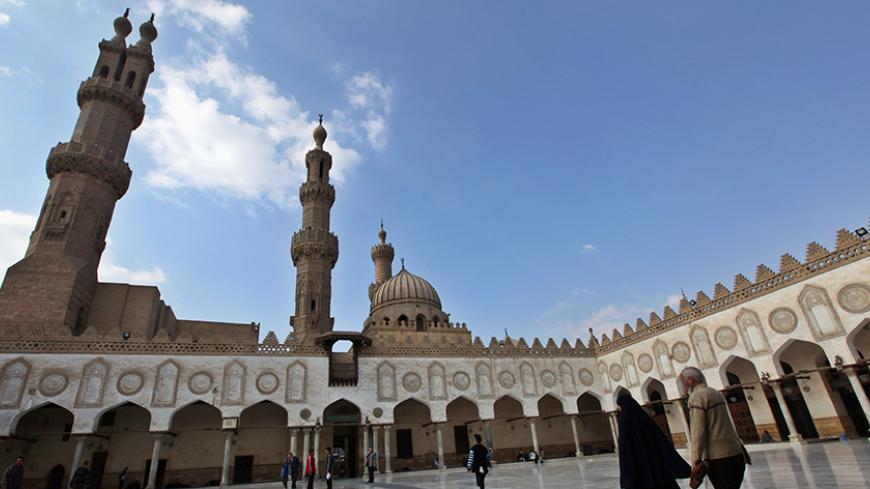 Egypt's Al-Azhar has recently resumed interfaith dialogue sessions in Cairo after being halted for nearly seven years, signaling a major shift in its ties with the Vatican that reached their lowest point in 2011. Under the theme of “The Role of Al-Azhar and the Vatican in Facing the Phenomena of Fanaticism, Extremism and Violence in the Name of Religion,” the seminar focused on further bolstering cooperation between the two prestigious entities in a bid to combat terrorism and religious extremism. It was attended by many scholars of Al-Azhar along with Cardinal Jean-Louis Tauran, the head of the Pontifical Council for Interreligious Dialogue, who led the Vatican's high-level delegation.

The Al-Azhar Commission for Interreligious Dialogue with the Vatican was formed in 1998 with the main aim of enhancing understanding between the two faiths as well as fostering dialogue between the highest seat of Sunni Islam learning and the Holy See. Such a commission usually holds biannual meetings to discuss the root causes of extremism, highlighting the means of combining efforts to counter terrorism and correct the wrong notions. The commission, nevertheless, suspended its work in 2011, adhering to Al-Azhar's decision to cut off ties with the Vatican during the papacy of then-Pope Benedict XVI. The recent two-day seminar is considered the first after the seven-year standoff, marking a significant thaw in ties.

Speaking at the seminar, Abbas Shouman, the undersecretary of Al-Azhar, announced the resumption of talks and stated that the Arab region is grappling with "unprecedented religious extremism," calling for putting an end to such terrorist attacks to ensure that peace would prevail in the region. Shouman, meanwhile, expressed regret that the extremists misinterpret religious texts to justify their brutal acts that are being exploited by "some media outlets."

Tauran remarked that Islam is considered "the closest religion" to Christianity as an Abrahamic religion despite the great differences between the two faiths. Tauran's speech also underlined the paramount importance of the religious institutions' role in spreading the culture of accepting the other and combating extremism, as fanatics commit their heinous acts in the name of religion. Tauran, in a related context, lauded Al-Azhar's efforts to face fanatical thoughts in the Arab region.

Though this step is considered a milestone in the Azhar-Vatican ties, many questions surround the mechanisms and the efficacy of the interfaith dialogue. Kamal Zakher, a secular Coptic thinker and former politician, told Al-Monitor, "It is just a formal meeting — no more, no less. Such protocol meetings lack a clear agenda and, therefore, I doubt they will have tangible results. Al-Azhar should at first drastically renew its religious discourse before holding talks with others."

Al-Azhar and the Vatican, Zakher said, are completely different religious schools and that is why there should be specific mechanisms to reach the desired targets regardless of merely issuing useless recommendations. "However, such a step can be positively seen as an attempt by Al-Azhar to adopt a new approach in dealing with other religious entities,” he added.

On the other hand, Amna Nosseir, a top professor at Al-Azhar University, greatly hailed restoring ties with the Vatican, stressing that such dialogue sessions should not be underestimated. "As a professor of philosophy, I am fully aware that dialogue is the best way to reach a common ground between different cultures and religions. It is the language of all religions. … It is a mechanism in itself. These dialogue sessions pave the way for more cooperation in the future," Nosseir told Al-Monitor.

Actually, tensions between Al-Azhar and the Vatican had severely escalated during the reign of Benedict (2005-2013). In 2006, Grand Imam of Al-Azhar Mohamed Sayed Tantawi decided to freeze talks with the Vatican over the pope’s remarks in Germany that reportedly linked Islam to violence. Since then, the Azhar-Vatican ties remarkably soured. In 2008, Al-Azhar was poised to resume talks with the Vatican. In 2011, Al-Azhar decided to indefinitely halt talks since the former pope called for further protecting Christians in the Middle East in the aftermath of the terror attack on the Two Saints Church in Alexandria on New Year's Eve in 2010. Al-Azhar considered the pope's remarks an "unacceptable interference" in the country's internal affairs.

The strained ties started to improve when Pope Francis took office in 2013, particularly following President Abdel Fattah al-Sisi's visit to the Vatican in 2014. It was a part of his first tour to Europe as Egypt's president. The tension was further eased in the wake of the historic visit by the grand imam of Al-Azhar to the Vatican, where he met Francis in May 2016. Following this visit, Al-Azhar has decided to renew its ties with the Vatican. February's interfaith dialogue seminar is considered the culmination of the smooth ties between the two sides.

In a recent interview with German daily Die Zeit, Francis stated that he considers a trip to Egypt in 2017. The anticipated visit would be a response to the invitation he received from Sisi in 2014. The first and only visit to Egypt by the Vatican's pope took place in 2000 by Pope John Paul II.

"Dialogue is essential, but it is not enough on its own. We do not want meetings between priests and Islamic scholars. Such meetings should address citizens in streets to uproot extremism. We may have different religions and, hence, we need dialogue. But, meanwhile, we all share humanity and this requires practical steps, not fake meetings," Gamal Asaad, a Coptic thinker and writer, told Al-Monitor.

Asaad said that Al-Azhar has already formed some committees and institutes to boost dialogue not only with the Vatican but also with Egypt's churches, referring to Al-Azhar's Beit el Aila (House of the Family), an entity that includes Muslim and Christian religious leaders and aims to promote cooperation between Al-Azhar and Egypt's churches. "Unfortunately, the effect of such entities could barely be noticed. I just want to know what the practical steps that Al-Azhar and the Vatican have decided to take are. We need real dialogue not superficial ones. Here I am addressing both Al-Azhar and the Egyptian churches."