As social media and e-books increase in popularity, a group of young Palestinians organized a book fair in the Gaza Strip to promote paper books and encourage reading among youth. 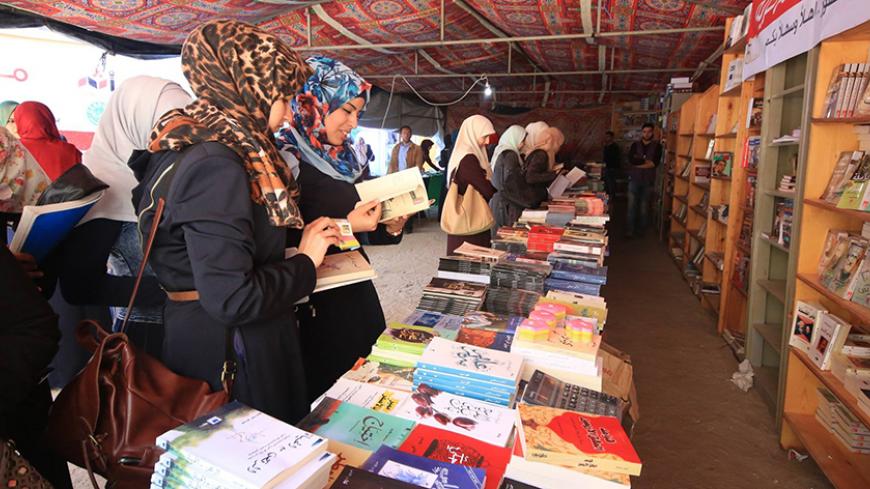 People look through the books on display at the Athar book fair in Gaza City, Gaza Strip. Uploaded on March 6, 2017. - Facebook/athar.book 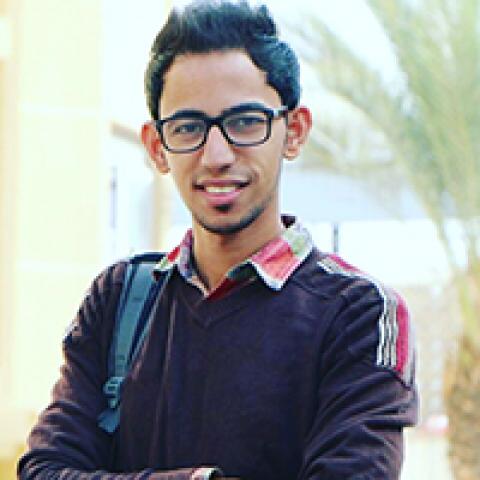 GAZA CITY, Gaza Strip — A group of young Palestinians calling themselves “Athar” ("Impact") organized a book fair of secondhand books in the Gaza Strip under the same name on March 3. The fair was organized with the support from Cordoba restaurant and lasted a week.

The restaurant in Gaza City offers fast food meals and has a reading corner with novels and literary books for patrons.

The book fair featured novels, comic books, and books on politics, religion and historical sites in Palestine. One section was dedicated to a collection of book separators and bookmarks, and another to stone carvings and henna. Visitors could sit and read the books in a corner of the restaurant.

The book fair aimed at promoting Palestinian youth cultural initiatives, motivating young people to read and supporting an educated generation in light of the popularity of social networking sites. The book fair also sought to shed light on Palestinian authors such as Mahmoud Darwish and Muin Bseiso.

In light of technological developments, young Palestinians have become more interested in e-books than in paper books. Athar hopes that this initiative encourages young people to go back to conventional paper-based books.

Bilal Abdul Dayem, the head of the Athar book fair, told Al-Monitor, “Those who were in charge of the fair are a group of 40 young people [Athar] who decided to collaborate and organize the book fair — the first of its kind in the Gaza Strip.”

He added, “Through this initiative, we sought to encourage young people to own secondhand books in light of their reluctance to read or choosing e-books instead. We faced a lot of financial hardships and we could not find the right venue to organize the fair, but our efforts finally paid off with the help of Cordoba restaurant.”

Dayem said that the number of visitors reached 500 a day throughout the entire week; some people read the books on-site and others bought the books and novels that were in very good condition and sold at low prices. The proceeds will be used for organizing other book fairs and cultural events in the future.

Iyad Ashour, a member of Athar, told Al-Monitor, “The Athar fair for secondhand books is the first youth initiative in Gaza that aims to encourage reading in the Palestinian community. The fair was divided into two sections: one for used books and the other for participating libraries and publishing houses.”

Ashour said, “We did not expect this large turnout, especially on the part of university students who bought books and visited the different sections of the fair.”

He said there have been many obstacles facing this initiative, such as the lack of an official sponsor for the event. The group approached many institutions for support, but only found the Cordoba restaurant interested in collaborating.

Samar al-Husni, a volunteer at the book fair, told Al-Monitor that during the event she welcomed visitors and helped them find the books they were looking for, in addition to arranging books on the shelves. She said that the event aimed at promoting culture and encouraging reading in the Palestinian community.

University student Yasmin al-Daya told Al-Monitor, “It was held near Al-Aqsa University where I study. I visited the book fair and I was impressed with the books displayed. I bought three for $10.”

The owner of Cordoba restaurant, Naeem al-Ramlawi, told Al-Monitor, “The young people of Athar told me about their initiative and I welcomed it and decided to endorse it so that it could be organized.”

He said the book fair sought to promote and further instill Palestinian culture in the Palestinian community as it featured several books on Palestine’s history.

Ramlawi said that the Athar group is trying to motivate and encourage young people toward creative and pioneering ideas, noting that they did not expect the high turnout. He said the book fair was a success because of the hard work of the volunteers and members of Athar.