Turks are closely watching the trial of those accused of murdering special forces commando Omer Halisdemir, who was killed in the line of duty as he played a key role in stopping last summer’s coup attempt. 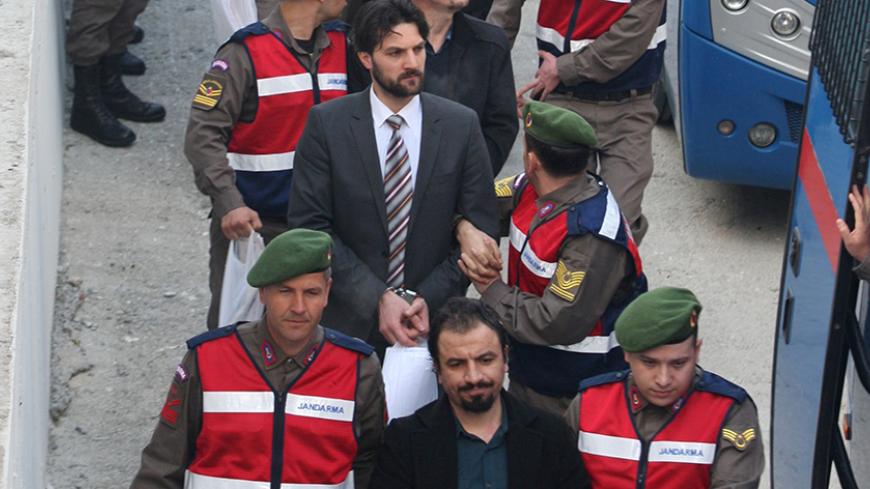 Turkish soldiers accused of attempting to assassinate President Recep Tayyip Erdogan on the night of the failed July 15 coup are escorted by gendarmes as they arrive at the court in Mugla, Turkey, Feb. 21, 2017. - REUTERS/Kenan Gurbuz

Can one person alter the course of history?

On the night of the coup attempt, Halisdemir played a pivotal role by killing Brig. Gen. Semih Terzi, who was believed to be the leader of approximately 40 special forces operatives who came from southeast Turkey to the capital Ankara to organize attacks against government agencies and the parliament. Earlier that night, Halisdemir had received a phone call from the commander of the OKK, Maj. Gen. Zekai Aksakalli, who said that Terzi was committing high treason by taking part in the coup. Aksakalli ordered Halisdemir, a member of his security detail who was on duty at the OKK headquarters that night, that he would have to kill Terzi to stop a leading member of the coup plotters. The general warned his NCO that death was almost certain. The two men ended the call by bidding farewell to each other.

Several hours later, Terzi showed up at the OKK and Halisdemir casually approached the colleagues accompanying the putschist general. Then he pulled his service pistol and carried out his orders, mortally wounding Terzi. In the dark of the night and ensuing chaos, Terzi’s entourage opened fire on Halisdemir, who soon succumbed to his wounds.

All the suspects who survived the episode are now bickering about the sequence of events and who is to blame. Since the murder trial started in Ankara Feb. 21, the defendants have been contradicting each other on who opened fire on Halisdemir after he shot Terzi.

On the first day of the trial, Ahmet Kara, an NCO and Terzi’s aide de camp who was present during the fateful event, defended himself by arguing that he “did not know what Halisdemir had known," claiming, "If I had known that Semih Terzi was a traitor, I would have shot him myself.” Kara further claimed that Maj. Fatih Sahin, a battalion commander with the OKK who was accompanying Terzi, had given orders to come with them to Ankara for a “secret mission.” Kara and several other witnesses further argued that Sahin had fired the shots that had killed Halisdemir.

On the second day of the trial, Sahin stated that he had opened fire on Halisdemir in the heat of the moment and “in self-defense,” and that he was not sure whether it was he who had killed Halisdemir. During his testimony, Sahin asserted that Terzi did not inform him of the coup plot before they reached Ankara, and that therefore he should not be considered a traitor. Other defendants contested Sahin’s version of events and expressly accused their former commander of treason.

As can be expected, Turkish media outlets are producing wide and sensational coverage of these explosive proceedings. Many are focusing on the most dramatic aspects of the testimonies, such as how Aksakalli arrived at the OKK headquarters on the morning of July 16, and upon seeing Halisdemir’s body, kissed the fallen NCO on the forehead and called him “my hero.” The emotional story has elicited so much interest that even pro-government media outlets such as Yeni Safak are focusing on the Halisdemir murder trial to the exclusion of an equally important trial in the Aegean town of Mugla, where another special forces team is being tried for plotting to assassinate President Recep Tayyip Erdogan on the night of the coup attempt.

Much like other important details about Turkey’s failed coup that are shrouded in mystery — such as when Erdogan and his inner circle found out about the plot — Halisdemir’s saga will remain unclear until the court system reaches a verdict. In the greater scheme of things, it will be some time before the full details of the momentous events of July 15-16, 2016, come to light. Erdogan’s decision last December to shut down the parliamentary commission that was investigating the failed coup has not helped on that front.

Even as the people of Turkey wonder what caused the coup and how it played out, most of them are clear about one thing: Halisdemir is their hero. They want to know who killed him and see to it that the murderers are punished.