In a move critics say is financially risky and intended to concentrate money into corrupt hands, the Turkish government has created a sovereign wealth fund to finance its infrastructural projects as the lira falls. 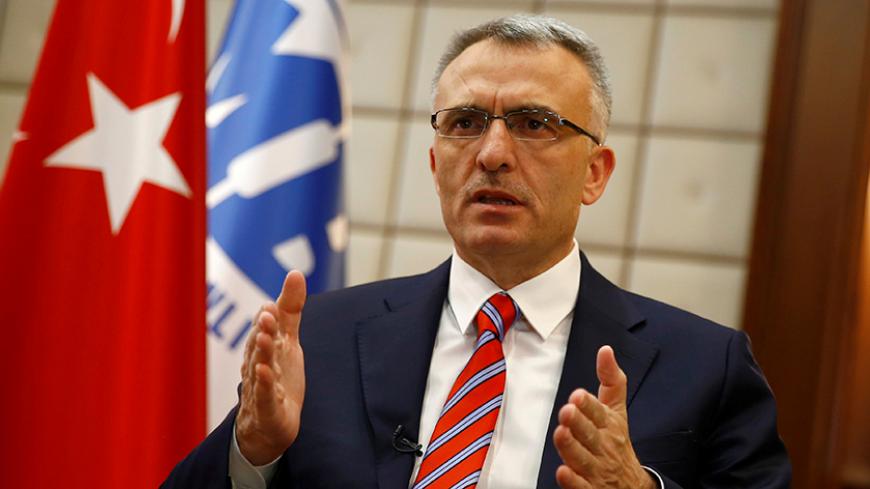 Controversy continues to rage over the government’s decision to transfer the assets of major public companies including Turkey’s state-owned bank and telephone operator as well as its 49.12% stake in Turkish Airlines to a new sovereign wealth fund.

The purpose of the fund, which according to Hurriyet controls assets worth 31.3 billion Turkish lira ($8.8 billion), is to finance big-ticket infrastructure projects and other investments, some of which are deeply controversial as well. They include the “crazy project” to create an artificial sea route that is supposed to run parallel to the Bosporus Strait from the Black Sea to the Sea of Marmara and relieve tanker congestion in Istanbul’s iconic waterway.

Critics charge that the fund will concentrate more unaudited wealth in the hands of a corruption-tainted government that will use the money to advance its own political interests and those of its business cronies rather than the country's. This view has been articulated by Selin Sayek-Boke, a respected economist and spokesperson for the main opposition Republican People’s Party, who claimed that the government was “going to take from the people and give to its own.”

A construction bonanza fueled much of Turkey's now dwindling growth, with the bulk of big public contracts being awarded to businessmen known to have close ties to the government.

The government’s disregard for the public opinion over rapidly shrinking green space in Istanbul and its environs as a result of the boom helped spark the protests that shook the country in the summer of 2013.

Financing for such schemes is drying up and some say the creation of the fund is a sign of the government’s desperation. The July 15 coup attempt and the government’s draconian response together with a wave of terrorist attacks have led to investor jitters, driving up borrowing costs against the Turkish lira’s slide. The lira has been among the world’s worst performing currencies this year, shedding some 7% of its value against the dollar.

Former Central Bank governor Durmus Yilmaz claimed, “If there had not been a serious problem, such a step would not have been taken.” According to the English-language Hurriyet Turkish Daily News, Yilmaz said, “If the fund’s resources are used as collateral to receive foreign debts, then Turkey will see a rise in fund inflows. But it will also see an increase in its foreign debt.”

Turkey’s Finance Minister Naci Agbal sought to ease such worries, telling Turkish broadcaster CNN Turk that the fund would comply with international standards and that it would be audited by a parliamentary commission and independent auditors. He noted there would be no management changes in the companies whose assets had been transferred to the fund. “Intervention by the wealth fund in the companies’ current management is out of the question,” Agbal said.

Scenting an opportunity with the cheap lira, foreign investors have begun to return to the Turkish market, snapping up some $816 million worth of shares on the Borsa Istanbul in January. Garanti Bank drew most of the investments, netting $146.5 million. Halkbank, whose assets were transferred to the sovereign wealth fund, came in second with $88.6 million in sales, with Turkish Airlines pulling in a close third with $86.4 million.

Some bankers predict that Turkey’s battered currency could make a comeback, depending on the outcome of a planned referendum on a package of constitutional amendments that would formalize Turkish President Recep Tayyip Erdogan’s sweeping powers. Timothy Ash of BlueBay Asset Management told the semi-official Anatolian News Agency in an email, “Risks for the lira could build through [going] into the referendum and the French presidential election in April. … [B]ut assuming the referendum result is market friendly, [at the year’s] end we could see the lira strengthen again.”

The referendum on the constitutional changes is due to take place in April and its passing would be seen as a market-friendly result.

Its effects on Turkey’s enfeebled democracy, however, would be debilitating, critics warn.