Turkey’s sovereign wealth fund is under mounting criticism for being exempt from public auditing despite using major public assets in its transactions. 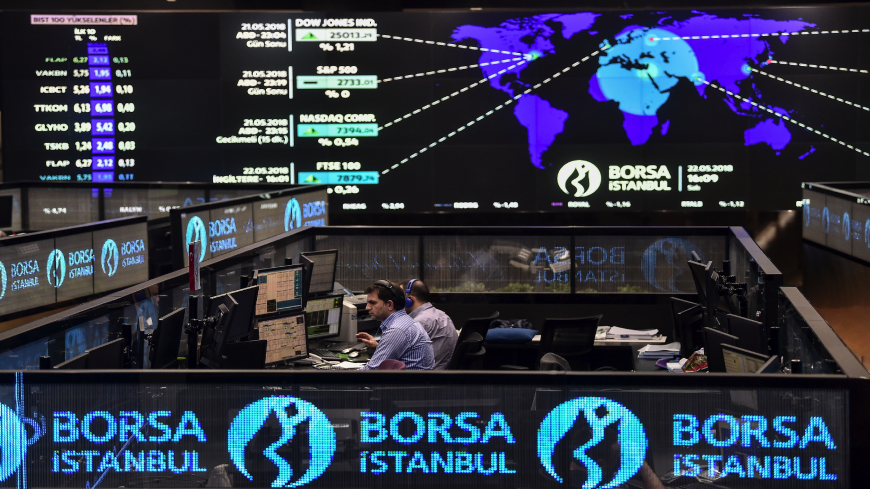 Controversies surrounding Turkey’s sovereign wealth fund have only grown since its creation four years ago amid swirling questions about its jumbled legal status, dubious purposes and exemption from public auditing.

The fund — created hastily in 2016 — was back in the spotlight in the first days of 2021 as 75 million liras (some $10 million) in prizes from the New Year’s Eve lottery, won by unsold tickets, were transferred to the fund, which holds the license rights of the national lottery. The transfer triggered a social media campaign, backed by celebrities and opposition leaders, urging Ankara to use the money for the ultra-expensive treatment of infants with a deadly neuromuscular disease. President Recep Tayyip Erdogan, who chairs the fund, reacted angrily, slamming the campaign as “immoral” for portraying the government’s health care measures as insufficient.

Only a few weeks earlier, the fund was under fire for selling 10% of the Borsa Istanbul stock exchange, a company in its portfolio, to its Qatari counterpart as part of a series of deals with the wealthy Gulf emirate, Erdogan’s prime regional ally. And the fund’s exemption from public auditing remains a heated topic in parliament.

The fund’s portfolio contains 20 public enterprises, some licenses and an array of immovable public properties. But in reality, it hardly possesses any wealth. Most of the entities in its portfolio remain attached to the Treasury and Finance Ministry or other ministries, and any revenues they generate go to the central government budget. Similarly, any capital decreases or losses they incur are covered from the same budget. Even more intriguingly, the fund, which has a company status, is beyond the auditing authority of the Court of Accounts, Turkey’s top public auditor, unlike the enterprises and banks whose shares it holds.

Turkey’s wealth fund is similar only in name to sovereign wealth funds created typically by oil-rich countries to turn their current account surpluses into investments. Turkey has a chronic current account deficit, and its economy relies on foreign capital to grow.

The fund rests on a flawed institutional design, which jurists describe as a legal oddity. Besides the legal confusions it creates, the fund and its dubious operations have fueled various conspiracy theories and futile debates, creating one problem after another.

The public enterprises handed over to the fund, including pipeline operator BOTAS, oil exploration company TPAO, the Turkish Maritime Organization and mining enterprise Eti Maden, rest on a special legal framework, which prevents the fund from making decisions on their management and operations. Their budgets, for instance, are drawn up by the Treasury and Finance Ministry, which is also where their profits go.

According to its establishment statute, the fund aims to finance itself through licensing, profit and rent revenues from the assets it holds, and to provide capital support to “visionary projects” in Turkey. Yet the revenues of the said companies go to the central government budget and not the fund. In the first nine months of 2020, for instance, 2.3 billion liras (some $309 million) in revenues from public enterprises went to the budget rather than the fund. Similarly, it was the treasury that injected capital to the public Ziraat Bank and Halkbank when they needed propping up in April 2019.

Also, many of the companies in the fund’s portfolio, including the Borsa Istanbul, the postal service PTT, satellite operator TURKSAT, Ziraat Bank and Halkbank, have their own legal statutes, which is another reason preventing them from becoming the “wealth” of the fund. Each entity is attached to a ministry. The law regulating Ziraat Bank and Halkbank, for instance, says that their publicly owned shares are represented and managed by the relevant minister. In other words, the fund cannot use any shareholder rights regarding the banks.

Given all those limitations, critics have charged that the fund is in fact an alternative borrowing tool for the government. Back in 2017, Selin Sayek Boke, a professor of economy and senior member of the main opposition Republican People’s Party, argued that the fund, in its existing shape, “could only take over public assets and put them up as collaterals in order to borrow” — and with little accountability. It lacks the means “to convert resources into investment,” she said, calling it “a borrowing fund rather than a wealth fund.”

Indeed, the fund has used public assets as collaterals to borrow, but all it has managed to get thus far is a loan of 1 billion euros ($1.2 billion), guaranteed by the treasury. The loan, issued in 2019 by a consortium led by Citibank NA/London and China’s ICBC, was used to rescue troubled construction companies, as Al-Monitor reported at the time. The fund paid some $300 million for a stake, including outstanding liabilities, in the Istanbul Finance Center, a sprawling project where construction had stalled amid financial snags. The companies rescued through the purchase were Agaoglu Insaat — one of Turkey’s largest construction firms that saw its heyday under Erdogan’s government — and Intas and YDA.

The lack of any public auditing of the fund, even though it uses public assets for certain transactions, remains one of the most controversial aspects of the body. Critics say it has become a tool for unaccountable governance and cronyism. Boke has slammed the fund as an “unchecked parallel treasury,” while Meral Aksener, leader of the opposition Good Party, has called it a “highly dangerous parallel treasury” that should be abolished.