More company rescues could be imminent in Turkey after the sovereign wealth fund acquired the control of a leading mobile phone operator at the expense of further borrowing. 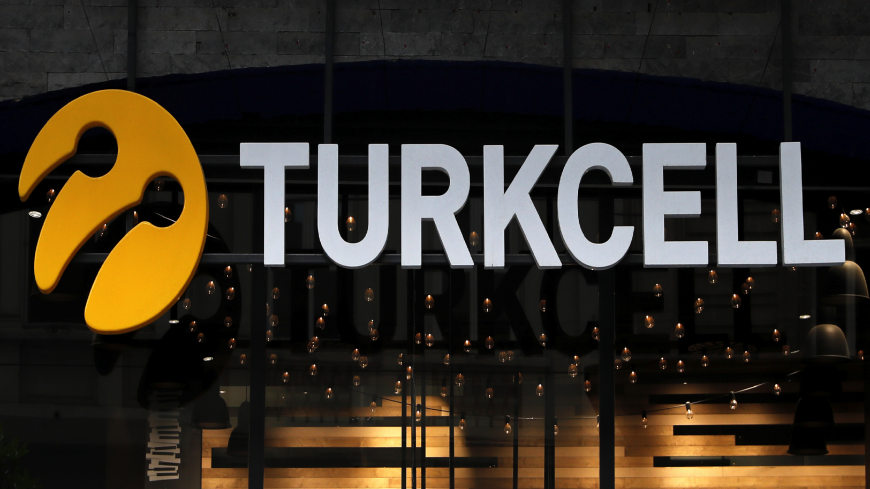 A logo of the telecom company Turkcell is seen at a Turkcell shop in central Istanbul, Turkey, June 18, 2020. - REUTERS/Murad Sezer

Turkey’s sovereign wealth fund has gained control of the country’s biggest mobile phone operator, Turkcell, in its largest acquisition since its controversial creation in 2016, raising anticipation of more takeovers down the road. Other major companies that have hit bad straits amid Turkey’s economic turmoil, made worse by the coronavirus pandemic, are likely to end up under the roof of the fund, which has the status of an incorporated company whose board is headed by President Recep Tayyip Erdogan, with Treasury and Finance Minister Berat Albayrak — Erdogan’s son-in-law — being the deputy chairman.

Unlike other sovereign wealth funds, owned typically by oil-rich countries with budget surpluses, the Turkey Wealth Fund (TWF) has emerged as a sort of “parallel budget” for debt-ridden Ankara, operating with little accountability. While the main purpose of genuine wealth funds is to secure profitable investments for accumulated capital, the TWF has sought to secure funds through borrowing. Likewise, the fund’s Turkcell move, announced June 18, entails further borrowing atop a treasury-guaranteed loan of 1 billion euros that the fund secured from foreign lenders last year.

Ever since its inception, the wealthless wealth fund has vacillated on what role it should play, standing out with company rescues in recent times.

The latest deal extricates Turkcell from a long-standing deadlock stemming from a feud between its shareholders. The TWF entered the deal via the public Ziraat Bank, which is among its assets. The bank was already a stakeholder in Turkcell and a loan creditor to another shareholder, Cukurova Holding. The fund bought the shares of Sweden’s Telia as well as shares from Cukurova and then sold some of those shares to the company of a Russian tycoon. As a result of those intricate transactions, the TWF became the controlling partner of Turkcell, holding 26.2% of its shares, including a 15% privileged stake.

For almost 15 years, Turkcell’s management has been bogged down in legal disputes arising from the company’s complex ownership and shareholding structure. Taking advantage of the legal chaos, the government had already gained a say in the company’s management. Now, the TWF is in a position to appoint five of the nine board directors.

Telia was eager to transfer its stake as part of an exit plan from the region. It agreed to sell its 24% share for $530 million, well below market value, marking its exit from Turkey. And Cukurova Holding, owned by Turkcell founder Mehmet Emin Karamehmet, agreed to transfer its shares to the TWF on account of its debt to Ziraat Bank. This would relieve the bank in terms of its $1.6 billion loan to Cukurova, which had become irrecoverable. The Russian-owned LetterOne, meanwhile, increased its ownership to 24.8% from 13.2%.

Speaking after the deal, TWF director-general Zafer Sonmez said, “Turkcell is no longer [merely] a mobile operator. It is a leader in digital transformation, a payment systems company, a telecommunication infrastructure company, a consumer financing company and a cluster of digital services. From this point of view, we believe Turkcell’s [market] value remains very low, despite the nearly 10% increase that we are witnessing now. That’s the main reason why LetterOne doubled its stake to 24.8%; it trusts us and looks from the same perspective.”

The share transfers are expected to be formalized toward the end of the year, as they require the approval of the companies’ general assemblies. The core question, however, is how the TWF gets the money for the Turkcell acquisition.

The fund needs to pay $1.6 billion to Ziraat Bank and $530 million to Telia. Despite selling some shares to LetterOne, it still needs to come up with nearly $2 billion or an equivalent of Turkish liras. Since such a sum is not available in its coffers, the fund will have to go out on borrowing soon. It is expected to issue debt securities, to be bought by public banks under the TWF umbrella.

As recently as last month, Ziraat and two other public lenders, Halkbank and Vakifbank, received 21 billion liras ($3.1 billion) in capital injection. In a May 11 statement on the move, the TWF said, “The Ministry of Treasury and Finance will issue debt securities as private placement to Turkey Wealth Fund. The state-owned banks will purchase these debt securities from Turkey Wealth Fund at market price, and the cash generated from the purchase will be used for capital injection.” According to the statement, “The state-owned banks have a critical role to support the economic and financial stability in Turkey, and they will become stronger against the negative impacts of COVID-19, which has been stressing the global economic and financial system.”

Other company rescues might be imminent. The fund’s director-general has frequently given messages to that effect, stressing that strategic companies in particular would receive support. It would hardly be a surprise if companies involved in the so-called megaprojects — giant infrastructure investments badly hit by the pandemic atop existing financial woes — end up under the TWF roof. Istanbul’s new airport, motorways, bridges and medical complexes known as city hospitals are among the strained facilities.

There is already a precedent, as Al-Monitor reported last year. In September, the fund took over a stake worth nearly 1.7 billion Turkish liras (some $300 million at the time) in the partially built Istanbul Finance Center, a sprawling construction project that had stalled due to financial hardships. The move, which amounted to taking over the liabilities of troubled contractors, came shortly after the fund secured a treasury-guaranteed, two-year loan of 1 billion euros from a consortium of lenders, led by Citibank NA/London and China’s ICBC. The rescued contractors were Agaoglu Insaat — one of Turkey’s largest construction companies that has thrived under Erdogan’s Justice and Development Party — and Intas and YDA.

The rescue mechanism might appear complicated, but it is rather simple for those who want to see. In a nutshell, the fund uses the treasury and public banks to salvage companies, with the blood loss suffered by public banks covered through occasional capital injections by the treasury. The growing debt stock of the treasury, meanwhile, is looming as a black hole over taxpayers.